How time flies when you’re an icon: On Dec. 21, 1921, groundbreaking ceremonies were held for the Los Angeles Memorial Coliseum, and it has been part of the Trojan Family ever since. Here are some fun facts about “the greatest stadium in the world” — and we’re not just saying that because USC manages the place).

HOME OF THE TROJANS: 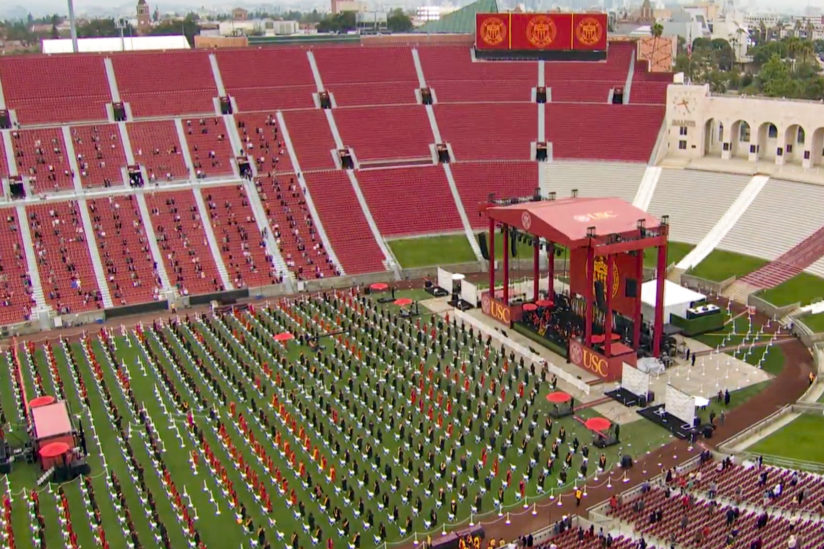 The classes of 2020 and 2021 join for commencement exercises at the Los Angeles Memorial Coliseum. (USC Photo)

AND OTHER TEAMS, TOO: 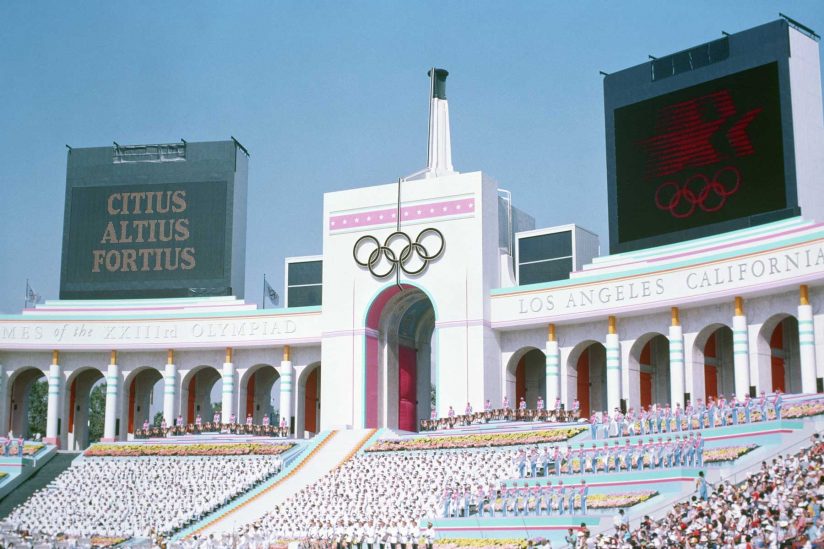 The Coliseum is decked out for the opening ceremonies of the 1984 Summer Olympics. (Photo/U.S. Air Force)

As Trojan 2020 and 2021 grads get ready to walk at the Los Angeles Memorial Coliseum, join us in our wayback machine. See how decades’ worth of Trojans celebrated at the stadium

A monumental milestone: Coliseum groundbreaking was 100 years ago