Math on a Mission

These everyday heroes use math and networks to make a difference in the world.

The Los Angeles Department of Water and Power has a dilemma.

A powerful earthquake could wrench apart its underground pipes, cutting off water to millions in a time of need. The agency can’t afford to replace the entire infrastructure with seismically resilient pipes, but it has enough funds to swap out a small portion of the network. What to do?

“That’s where AI algorithms help,” says Bistra Dilkina, a USC computer scientist and expert in artificial intelligence. Dilkina partnered with the department to design a program that can analyze L.A.’s nearly 7,000 miles of mainlines and point out the most critical 50 to 100 pipes for upgrading.

Sophisticated programming and algorithms are behind every smartphone in our pocket, laptop in our backpack and smart device in our homes. But data science goes beyond tech. It’s finding its way into some surprising places — like deep under L.A. streets.

Across USC, researchers are figuring out how to use numbers and networks to improve lives or even save them. You might call it math for social good. From preventing HIV infection to developing customized cancer therapies, their work identifies patterns — and solutions — that humans might miss on their own. 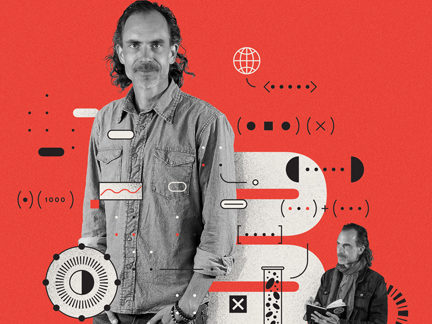 His Mission: To Stop HIV

Think of a few careers that are all about caring for people — not data — and social work would rank right up there.

Social work professor Eric Rice, though, juggles both. He and his team study the social connections among homeless teens and young adults, using what’s known as network science. It’s all to slow the spread of HIV.

That might be surprising, but not when you consider Rice’s career path. Back in college, he started as a math major. Then he took a sociology class to fulfill a general education requirement and got so excited that he switched majors. He went on to pursue a doctorate in sociology at Stanford University. So began a winding route for meaning and impact that led him to his post today. He is co-founder of the USC Center for Artificial Intelligence in Society (CAIS) and an associate professor at the USC Suzanne Dworak-Peck School of Social Work, where he collaborates with computer scientists to help some of society’s most vulnerable groups.

And that brings us back to one of his projects: hitting the streets to slow the spread of HIV in a group that’s notoriously hard to reach.

According to national data, as many as 4.2 million young people are experiencing homelessness in the United States. Some reports estimate that nearly 12% of them are HIV positive, partly because unprotected sex and injection drug use are common practices.

With the help of community partners, Rice and his team get to know homeless teens and young adults and identify the relationships among them. They use algorithms to comb through these webs and identify the most connected youths. Reach these peer influencers and you’ll reach their friends — that’s the strategy. The team educates the influencers about how to reduce their risk for HIV and then asks them to spread that knowledge within their social circles on the streets.

As Rice explains, HIV is a “profoundly networked phenomenon” that involves a lot of risk-taking.

Last year, more than 860 young people went through the HIV prevention program. “It’s how I go to bed at night,” he says. “I’m doing my part in the world.”

He empathizes with homeless youth, calling them incredibly misunderstood. “There’s this idea that they want to be partying out on the streets. The reality is they are from horrible family backgrounds, often with lots of physical and sexual abuse issues. … I thought, wow, I can bring voice to this group. I could help, with my models.”

The surge in homelessness in Los Angeles has only made his work feel more urgent. It has also opened doors to new projects. Rice and his team have begun working with the county’s housing service authority to figure out how best to prioritize access to the area’s limited aid resources. The USC researchers hope to create personalized intervention strategies by using AI to analyze information that caseworkers painstakingly collect about their homeless clients. “How do we do data mining,” he says, “to help figure out what seems to work for whom?”

The work has crystallized through USC CAIS, a collaboration Rice co-founded with the USC Viterbi School of Engineering to use data to solve societal challenges. Though homelessness is a serious issue, Rice strives to find happiness and energy in the work. “I find it to be a very joyful, playful, fun experience to work with these people this way on very hard, seemingly soul-crushing social problems,” he says. “It’s pretty amazing.” 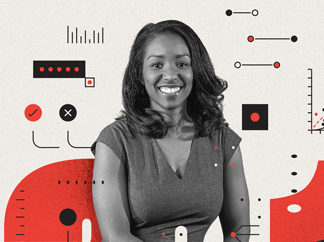 Her Mission: To Stop Cancer

Stacey Finley is working on a new way to treat cancer patients. But her approach is more about math and computers than medicine and clinics.

A biomedical engineer, Finley creates computer simulations that can predict how malignant tumors will grow and spread in the body. The simulations could potentially accelerate clinical trials — or maybe one day even replace them entirely. The goal is to transform today’s time-consuming and cumbersome drug testing process.

“One advantage of doing mathematical modeling is that you can learn a lot with the computer that would take a lot more time and resources and financial support to do experimentally” in the lab or with a patient, Finley says.

Consider a type of therapy now common in the cancer world: what are called anti-angiogenic drugs. They block tumors from forming new blood vessels, essentially starving cancer of nourishment from blood.

The drugs’ strategy sounds good, but in practice, some patients do better than others. At her computer, Finley can create models of not one but hundreds of thousands of cancer patients. By running these simulations of the many variants of a particular tumor, “we can pinpoint one potential source of why these patients are responding in different ways to the same drug,” she says.

It’s exactly the kind of work Finley was seeking when she started her postdoctoral research at Johns Hopkins University a decade ago. That’s when she joined a lab led by Aleksander Popel, a professor of biomedical engineering who applies mathematical modeling to cancer treatment.

“I thought that having this strong engineering background, very quantitative mathematical background and expertise in doing mathematical modeling…could have an impact in a way that’s very tangible and that is related to something people experience,” she says.

USC Viterbi agreed, bringing her onto the faculty to make a difference in health. Today, the associate professor of biomedical engineering holds a Gordon S. Marshall Early Career Chair and a spot at the USC Michelson Center for Convergent Bioscience.

With that support behind her, Finley is tackling colorectal cancer. She teamed up with scientist Shannon Mumenthaler, assistant professor of medicine at the Keck School of Medicine of USC, and Paul Macklin, associate professor at Indiana University, to zero in on treatments for the disease. The National Cancer Institute backs the work through a $3.1 million grant.

Finley sees a day when researchers may analyze big datasets to uncover specific details about each cancer patient’s tumor. With that as a map, physicians could create more customized treatment plans than ever before. “I think this is a really exciting time,” she says. “There’s so much data at our fingertips.” 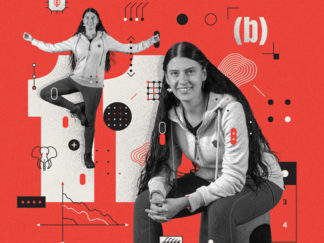 Embracing nature used to be Bistra Dilkina’s hobby. Now it is so much more.

As a child in Bulgaria, Dilkina often tagged along with her grandmother on treks through the mountains. Her grandmother led high school students on hiking tours, educating them about native plants and animals as they backpacked from one hut to another for weeks at a time. Later, as a college student, Dilkina turned to hiking and nature for balance in her life — an escape from her studies in computer science.

Then her doctoral advisor at Cornell University landed a major federal grant to spur a new field: computational sustainability. It uses artificial intelligence to tackle environmental problems. “I had always loved nature,” Dilkina says, “but that’s my other life. I had never thought of proactively connecting my PhD research with that interest.”

She dove into the field, and a decade later, it’s her passion and profession. “We’re living in times when natural disasters are happening at increasing rates,” says Dilkina, Gabilan Assistant Professor of Computer Science at USC Viterbi and associate director of the USC Center for Artificial Intelligence in Society. “As computer scientists, we have an important role to play in that challenge.”

Her work spans a dizzying range of subjects, including how to preserve wildlife corridors and pinpoint where to install seismically resilient water pipes in big cities. What do these projects all have in common? In an age of tight budgets, she uses AI to recommend how to use limited resources for the biggest impact.

In Africa and Asia, for instance, Dilkina’s work employs AI as an aid to police wildlife-tracking networks. Poaching is a multibillion-dollar problem that involves nearly every continent, she says. Hunters illegally kill or capture endangered animals in forests and jungles, then ship the carcasses or live creatures to collectors in wealthier nations around the globe. One of the reasons poachers are successful is that poorer nations can’t afford to frequently inspect packages or patrol every road.

Her work is about identifying where those trafficked animals go and creating algorithms that help agencies target where to inspect and how to disrupt the flows of contraband. That includes narrowing in on which airports and roads poachers are most likely to use. “There are different critical points,” she says. “Part of the effort is understanding where those are.”

As a teaching professor at USC Viterbi, Dilkina aims to pique her computer science students’ interest in using machine learning and predictive analytics to improve the world. “Instead of learning about, say, what product people will buy, which tweet they are going to retweet or which website they are going to click on,” she says, “they can predict where there is going to be deforestation next or where people would go in the case of a natural disaster.”

The possibilities are numerous and all around us, she adds. The key is to get computer scientists — professionals and students alike — to start looking for answers in the algorithms. 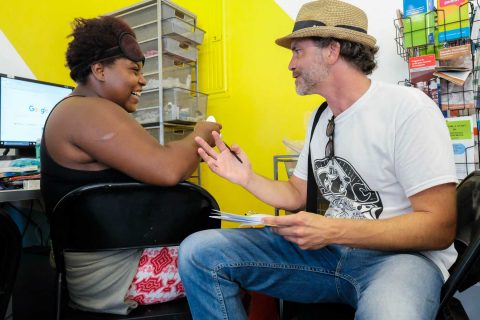 USC researcher, and AI, give homeless youth a helping hand with HIV education

Eric Rice needed a better way to identify peer educators, and software was the answer. 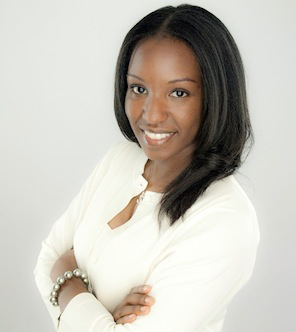 Counting toward a cancer cure

Stacey Finley’s path to becoming the new Gabilan Assistant Professor of Biomedical Engineering at the USC Viterbi School of Engineering might best be described as a series of equations. 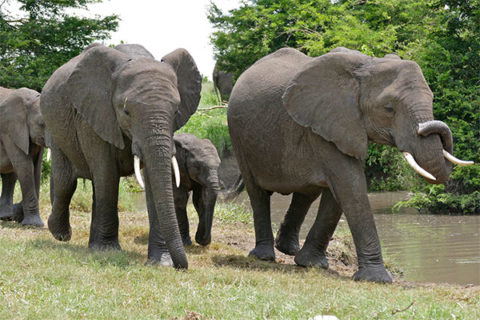 A new weapon in the battle to protect endangered animals: predictive AI

In tandem with nine animal conservation groups, a USC research team’s AI software is being deployed in wildlife parks worldwide to thwart poachers and protect species at risk.