Given in honor of Chan’s mother, the gift endows and names the division, which will be known as the USC Mrs. T.H. Chan Division of Occupational Science and Occupational Therapy. This is the first naming gift and the largest ever made to any occupational therapy program in the history of the field, according to the American Occupational Therapy Association.

This historic endowment gift ensures the USC Mrs. T.H. Chan Division’s prominence among the most elite programs in occupational science and occupational therapy.

“For the past several decades, Ronnie and Barbara Chan have been stellar ambassadors for USC, particularly in the Pacific Rim, and their most recent gift reflects their long-standing commitment to the university,” said USC President C. L. Max Nikias. “This historic endowment gift ensures the USC Mrs. T.H. Chan Division’s prominence among the most elite programs in occupational science and occupational therapy, not just in the United States but throughout the world.”

Chan is the chairman of Hang Lung Group Limited and its subsidiary, Hang Lung Properties Limited, which stands among Hong Kong’s leading property companies. He also co-founded the Morningside Group, a privately held investment firm that owns and manages industrial and service companies throughout the United States and Asia.

A member of the USC Board of Trustees since 1995, Chan established the USC Hong Kong Alumni Association and supported construction of the USC International Residential College, a center for global education and interaction. A leader in the effort to raise funds for the International Plaza at the Ronald Tutor Campus Center, Chan rallied USC alumni in Asia and donated toward the plaza’s building fund. 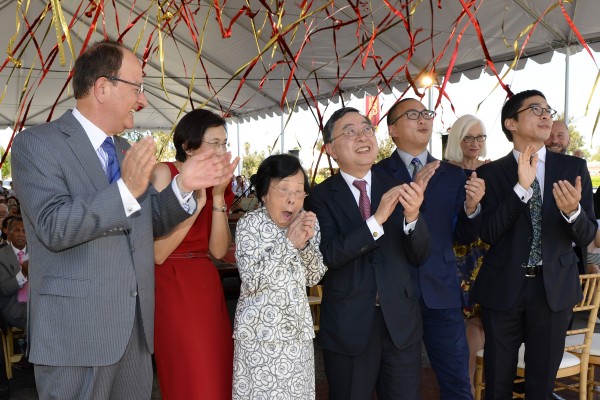 “My family and I are pleased to provide a third major gift to USC — in this case to support the cutting-edge work of the most influential division of occupational science and occupational therapy in the world and to honor my mother who worked for many years as a nurse,” Chan said. “I am grateful for the opportunities that USC afforded me and my sons, and our gift to the division is one of several ways we intend to continue supporting USC in the future.”

Occupational therapy is a health care profession focused on enabling people to decrease their risk of or better manage chronic disease and disability through sustainable, health-promoting activities and routines in order to live happier and more productive lives. Occupational therapists work with populations across the life span in various settings, including hospitals, nursing facilities, community clinics, schools, private practices, corporations and wellness centers. 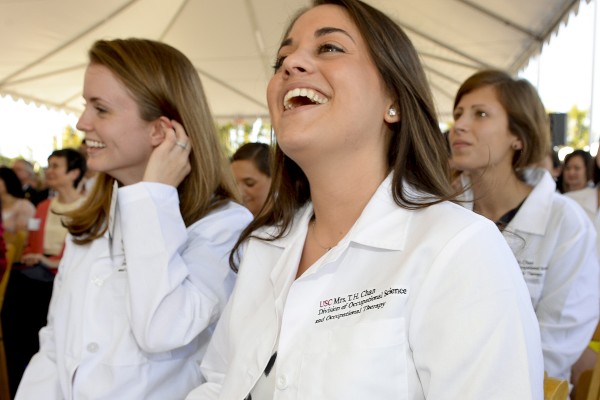 “USC has long been a pioneer in occupational science and occupational therapy, exemplified by the visionary leadership of Professor Florence Clark,” said Avishai Sadan, dean of the Herman Ostrow School of Dentistry of USC, which houses the division. “Her appointment as the Mrs. T.H. Chan Professor in Occupational Science and Occupational Therapy stands in testament to her decades of remarkable contributions and groundbreaking work.”

Clark noted that the Chans’ support ensures the division will continue leading the profession in education, research and clinical programs.

“With the extraordinary resources provided by this gift,” Clark said, “we can nurture clinicians and scientists who will dramatically influence practice and research and create innovative ways of improving quality of life around the world.”

The 76th annual USC Alumni Awards celebration took place on May 2 at the Westin Bonaventure Hotel in downtown Los Angeles.

Associate dean will become president of the American Occupational Therapy Association next spring.

Florence Clark reaffirmed the university’s long-standing history of leadership in the profession of occupational therapy at the 92nd annual conference of the American Occupational Therapy Association.