This Saturday, the Trojan Marching Band will pay tribute to the biggest film franchise in history, the Marvel Cinematic Universe, at halftime of the USC-Oregon football game. The tribute will feature music, illustrated moments from the series and special appearances by composer Alan Silvestri and Marvel Studios President Kevin Feige. 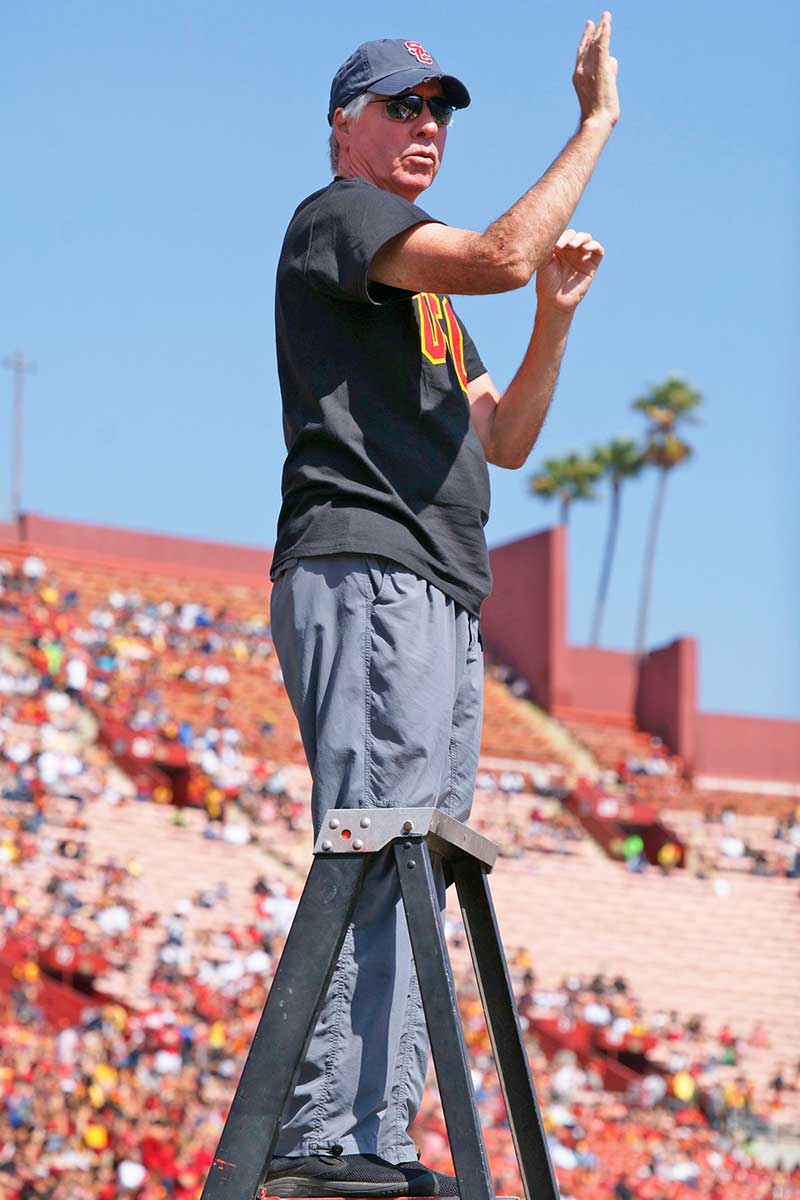 Feige, an alumnus of the USC School of Cinematic Arts who recently joined the school’s Board of Councilors, will introduce the halftime show via video on the Los Angeles Memorial Coliseum vision board. The Trojan Marching Band will perform music from throughout the history of the 23-film MCU franchise while making formations that pay tribute to the Avengers’ heroes, including Captain America’s shield and Thor’s hammer.

Musical selections will range from the series’ pop hits like Led Zeppelin’s “Immigrant Song“ and “Pray for Me” by The Weeknd and Kendrick Lamar to the symphonic scores of Black Panther’s Ludwig Göransson — an alumnus of the USC Thornton School of Music — and Silvestri. Silvestri will close the show conducting the band as it performs music from his score to Avengers: Endgame.

Silvestri is an old friend of the Trojan Marching Band, having guest conducted the band at the Coliseum in 1994 and 2012. In 2013, he included the band on the soundtrack of the animated film The Croods. The band performed an adapted version of “Tusk” by Fleetwood Mac for the movie’s opening sequence.

There will be one more special appearance at halftime: Arthur C. Bartner, in his 50th year as director of the band, will descend the ladder to appear in the show as Thanos. It’s the first time he has participated in a show as a performer on the field.

The Trojan Marching Band has a long history of bringing Hollywood to the Coliseum. During Bartner’s first season in 1970, film composer Henry Mancini conducted the band on the field for his televised “Monsanto Presents Mancini” special. In recent years, Angelina Jolie, Mark Hamill and LeVar Burton have introduced the band’s halftime show on video.

The USC-Oregon game kicks off at 5 p.m. Saturday. The halftime show will begin at approximately 6:30 p.m.

In his 50th and final year at the helm, Arthur C. Bartner will lead the band in halftime performances of two iconic songs from 1973 — the first year the band went to South Bend.

The 50th and final season for the longtime Trojan Marching Band director will be one of celebrations and milestones.

The upcoming concert, “The Final Curtain,” will bring back some of Bartner’s favorite acts to accompany the band.