“Lynn has been a leader on and off the field at USC for nearly five decades, and he will forever be a valued member of the Trojan Family,” Folt wrote in a letter to the university community. 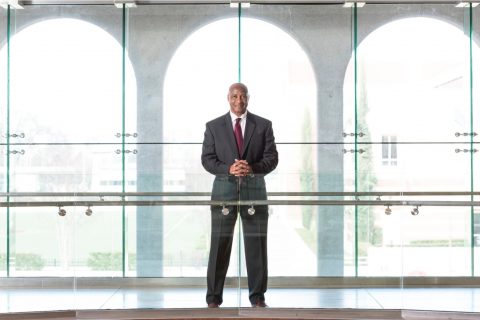 Roberts came to USC in the summer of 2010 as vice president of athletics compliance, and in 2017 was named winner of the National Association for Athletics Compliance’s highest award, the Frank Kara Leadership Award. In his current role, Roberts serves as the NCAA’s vice chair of the committee on infractions.

“His experience, relationships and understanding of collegiate athletics, including as a student-athlete at UC Davis, make him well-qualified to lead the department during this period,” Folt said.

Folt announced that the search committee, to be chaired by USC Trustee Suzanne Nora Johnson, will include trustees, faculty representatives and two student-athletes.

“Our Athletics Department puts our student-athletes first by pursuing excellence with integrity,” Folt wrote. “We will build on the traditions and strengths of our exceptional athletics program. Our outstanding coaches, administrators and student-athletes work tirelessly every day both in the classroom and on the playing field, to embody the very best of the Trojan spirit.

“Our Athletics Department, working together with faculty and staff across the university, is focused on preparing all of our students for success in life, wherever they may go. We will keep our tremendous Trojan heritage and tradition of strength going forward in all of our athletics programs. There is so much to look forward to and I am excited about our future.”

The adviser to President C. L. Max Nikias is recognized by the National Association for Athletics Compliance.

Fifteen of the university’s teams had an APR score that was above or equal to the national average for their sport.

He lost his eyesight at 12, but made headlines as a USC football player. As he graduates, Olson knows his recent accomplishments wouldn’t have been possible without his Trojan Family.