USC interim President Wanda M. Austin and provost Michael Quick led a delegation of trustees and administrators to Washington, D.C., last week to advocate for a host of key national priorities that directly impact the university’s faculty, researchers and students. 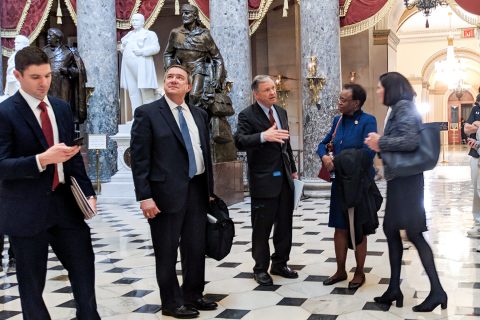 A packed schedule in D.C. also included the women’s conference and a reception with more than 200 Trojans who work in the area. (USC Photo/Eric Abelev)

As Congress begins its appropriations process, spending caps threaten to reverse recent funding gains that benefited critical federal research programs. Because the nation’s capacity for innovation depends largely on the its research universities, the USC delegation implored legislators to build on the positive funding momentum establisehd in the previous year, which saw record research expenditures across a number of key federal agencies. Specifically, Austin, Quick, and the rest of the USC team highlighted an increase in funding for the National Science Foundation, the Department of Defense and the National Institutes of Health as key research priorities.

In its last fiscal year, USC’s research expenditures stood at $920 million, about half of which was sponsored by federal agencies. The university is a national leader in areas as diverse as Alzheimer’s, cybersecurity and quantum computing.

In addition, as Congress works to reauthorize the Higher Education Act, the USC delegation advocated for indexing the Pell Grant award to inflation. Pell Grants are a form of federal student aid awarded to low-income students. Twenty-two percent of USC’s undergraduates are Pell Grant-eligible, placing the university at the very top among the nation’s leading private research institutions. 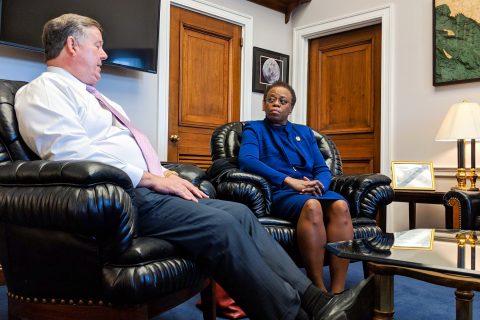 Austin and Quick also updated lawmakers on a host of changes taking place at the university, including the establishment of the Office of Professionalism and Ethics, the integration of the Engemann Student Health Center into the Keck Medicine of USC system and the appointment of two ombuds. They also briefed legislators on the university’s response to the U.S. Justice Department’s ongoing investigation of the college admissions scheme that targeted several universities across the country, including USC.

“I’m glad we had the opportunity to meet with lawmakers last week, because it gave us the opportunity to reiterate a message that I also shared with the USC community — that we are doing all that is necessary to continue to strengthen our culture and to restore trust on our campuses,” Austin said.

Both sides of the aisle meet with USC delegation in D.C.

“With regards to research and financial aid, the entire delegation left pleased that lawmakers on both sides of the aisle have a clear understanding of how the priorities of research universities like USC line up with those of the nation at large, and I have little doubt our partnerships with federal agencies will continue to strengthen going forward.” 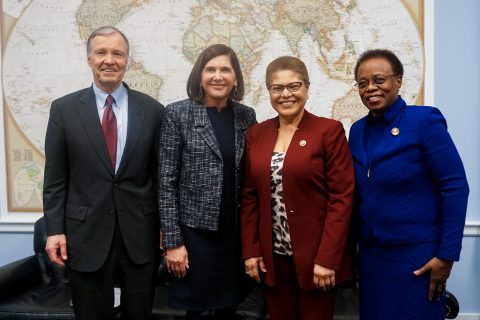 Following a full day of meetings, Austin hosted a reception a Trojan Family reception. The event attracted nearly 200 guests, many of them working on or near Capitol Hill.

The delegation, which included trustees and senior administrators, met with lawmakers and also celebrated the USC Price School’s 90th anniversary.

For one transfer student, a difficult road leads to USC

After a childhood filled with long bus rides and cheap motels, a 28-year-old sophomore moves up from community college.