How to Get the Most Out of College Life, According to Winston Crisp

“If you’re here, it’s because you have what it takes to be here, and you have to believe that.”

When Winston Crisp thinks about the people he serves — USC’s 20,000 undergraduates and nearly 30,000 graduate and professional students — he sees far more than their numbers. And despite USC students’ impressive academic credentials, leadership experiences and athletic feats, he also looks beyond the students’ achievements.

“Every student we have is somebody’s hope, somebody’s pride and joy,” says Crisp, USC vice president for student affairs. “Every student is riding the hopes and dreams of a family, whether the student is first-generation or fifth-generation, and every one of them deserves the best that we’ve got.”

Crisp is a newcomer to USC, joining the university in August, but he has shaped programs and services for students for three decades. So he knows what weighs on their minds and what matters to them most.

Here’s what Winston Crisp has learned about student life.

What do you want to tell every incoming USC freshman who might feel nervous about starting college?

You’re here because you’re supposed to be here. Don’t doubt it. One of the things that happens to very smart, very successful young people like the students we get here is that for the first time in their lives, they’re surrounded by people who are every bit as smart and talented as they are. And that can lead to doubt about whether they belong here and whether they’re doing the right thing. You belong. If you’re here, it’s because you have what it takes to be here, and you have to believe that.

One of the blessings of being at a world-class university with the size and breadth of USC is the sheer number of services, people and resources set up to support and assist students. The most successful people I ever meet are the people who accept help whenever they can. We wouldn’t have math labs and chemistry labs and writing labs and counseling services and career centers if we didn’t think it was a benefit to our students. Let people help you.

What kinds of USC student life opportunities should Trojans take advantage of while they’re here?

Get to know people. Most of the people here — whether they be faculty, staff, campus police or fire, or other professionals — they do these jobs because they care about students and the community. They are as invested in our students’ success as anybody. The true wealth of a place like this is its people.

College is not just about going to class and thinking about a future career. It’s also about figuring out who you are and what you care about. It’s about expanding horizons and exploring new things and meeting new people and opening yourself to experiences you’ve never had before. All of that is supposed to happen in a university environment.

You were the first person in your family to go to college. How important is it to you to expand access to higher education?

It’s simple to me: Every single student who shows up here, without regard to what adjective you put in front of them, is supposed to get the same shot at figuring it out, at finding their dream, at building the skills they need to chase that dream. For one to matter, all have to matter equally.

Were it not for scholarships, were it not for universities that take chances on accessibility and look for a wide array of people to bring to the learning crucible, I don’t know that I or anybody from my family — at least from my generation — get to higher education and the promise that comes with it. It goes to my soul. I am very into access.

Who helped you along your own path to success?

Everybody. I say that kind of flippantly, but I don’t mean it that way. My life is a testament to the desire to pay back people that I will never have the ability to pay back. I don’t believe that human beings are truly capable of being successful alone. This world is not set up that way. I am certainly a testament to the kindness of people who didn’t know me but took the time to help me, to reach out to me, to say the one thing I needed to hear that ended up being pivotal.

Most of those people, I’ll never be able to pay back. So it really is the pay-it-forward concept. I tell people all the time: There are bridges that I crossed that people built before me, and they are the only reason I achieved some of the things I’ve achieved. Now I have the capability of trying to build bridges, so I do.

I love young people. I love watching the lightbulb turn on when they figure something out. I love helping them figure out how to get past obstacles and learn. What universities are about is helping to move students from dependence on others to an ability to be independent and face the world on their terms. There’s an excitement about that.

I’ve felt that excitement from the very moment I stepped on campus, with each new person I’ve met since I’ve been here. It’s in the air. There is a community of people here who love this place, love students, love Los Angeles and want USC to be even greater than it already is. It’s palpable — I feel it, and it makes me excited and happier every day. 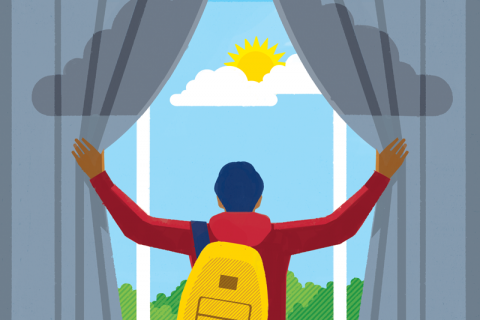 At colleges across the country, anxiety and depression are growing. Here’s how Trojans are tackling mental health. 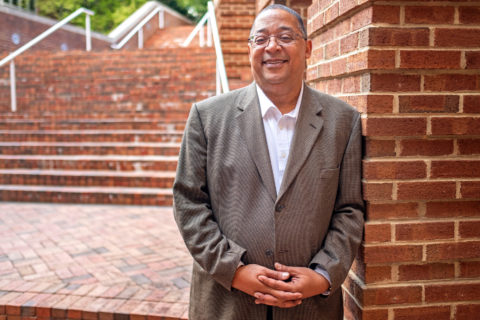 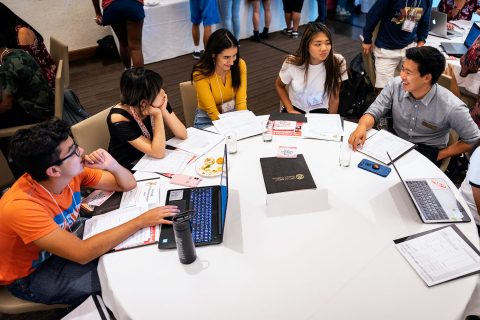 How to Get the Most Out of College Life, According to Winston Crisp