Students leave USC’s nation-leading game design program not only ready to play major roles in the industry, but often with award-winning concepts and fully realized games in their portfolio.

USC Games — a joint program between the School of Cinematic Arts’ and the USC Viterbi School of Engineering — is widely recognized as the nation’s No. 1 game design program. Its students learn to incorporate design, production, engineering and artistry to create electronic and interactive game concepts that garner awards and industry attention, often before their creators have graduated.

These five groundbreaking games started as senior thesis projects at USC Games through its master’s in interactive media, a highly selective program that only admits about 15 students a year. Their creators have since established themselves as innovative and in-demand designers in the world of games.

Originally released for free by Jenova Chen MFA ’06, his USC thesis project was reworked for PlayStation in 2007. The game, which follows an aquatic organism as it swims and evolves in a surreal biosphere, customizes itself to a player’s skill level.

Chen followed the release of Flow with a spiritual companion of sorts, Flower. In this indie game — hailed by critics for taking players on a compelling and ethereal journey — petals are propelled through the air by controlling the wind. More mystical exploration awaits in Chen’s Journey, which follows a robed character through a desert landscape toward a distant mountain, and his forthcoming release, Sky.

The Misadventures of P.B. Winterbottom

Players manipulate time to capture pies in this video game inspired by silent films. The thesis project from Matthew Korba MFA ’08 was released in 2010, earning raves for its clever puzzles and whimsical visuals.

Korba now leads L.A.-based video game studio The Odd Gentlemen as president and creative director. The independent studio created the popular reimagining of the classic King’s Quest adventure series of the 80s and 90s, with Korba serving as director, designer and writer. 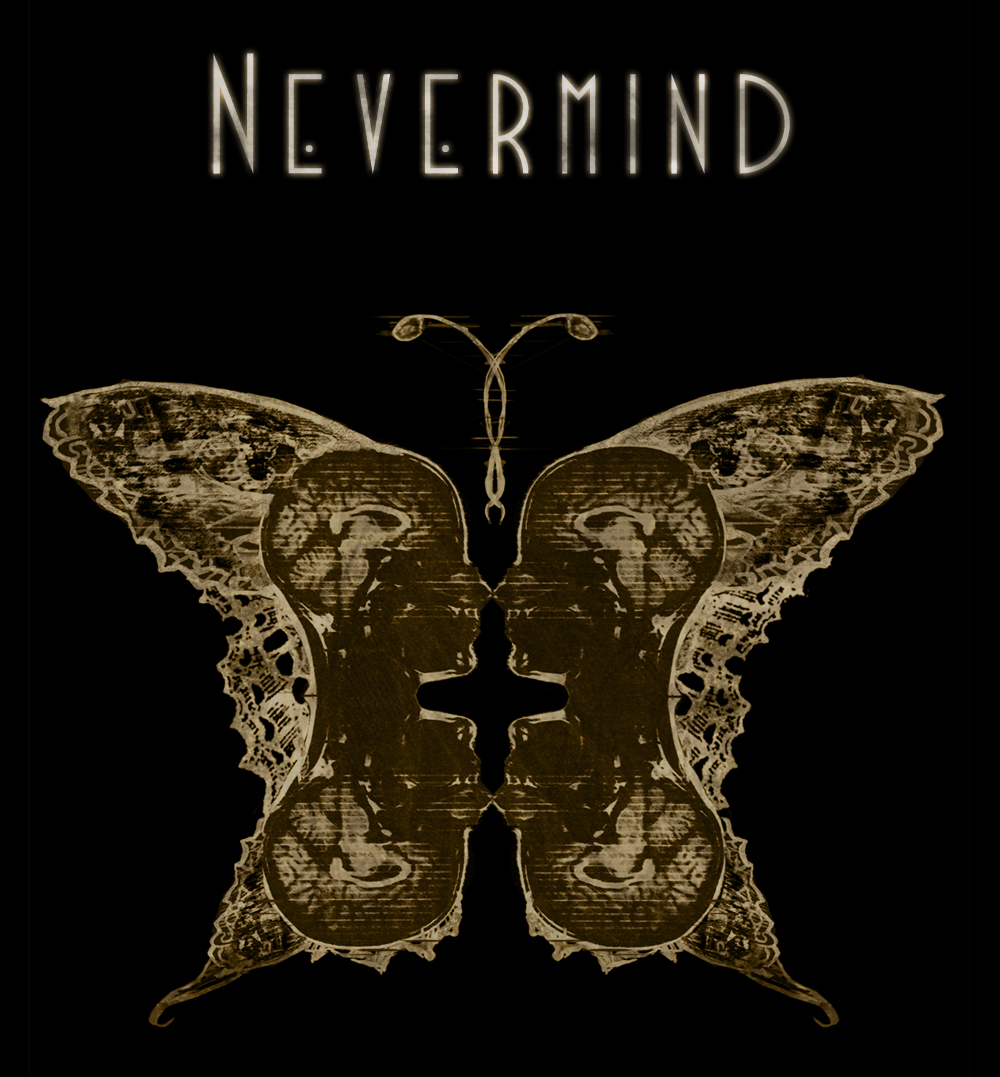 Developed by Erin Reynolds ’06, MFA ’12, Nevermind uses biofeedback to monitor a player’s stress. The more anxious the player, the harder the game’s puzzles become, teaching players to be more aware of their internal responses.

Nevermind remains the flagship offering of Reynolds’ indie game studio, Flying Mollusk. As founder, president and creative director, she emphasizes gaming experiences that do more than entertain — they educate, inspire and empower their players. And her website hints at a top-secret new project in the works.

This huggable blue octopus plush toy has a unique feature: a slot for a tablet that gives it an eye and a mouth. The thesis concept (now available for preorder, with delivery in August 2019) by Yuting Su MFA ’16 combines a stuffed animal with a digital device, putting it into a new category of mixed-media play.

Octobo is designed not only to entertain but also to teach, building focus, motor skills and other developmental abilities in youngsters. Education and wellness are a focus for Su, who has a background in clinical medicine. She’s leading the charge in digital learning through smart toys as founder and CEO of Thinker-Tinker. 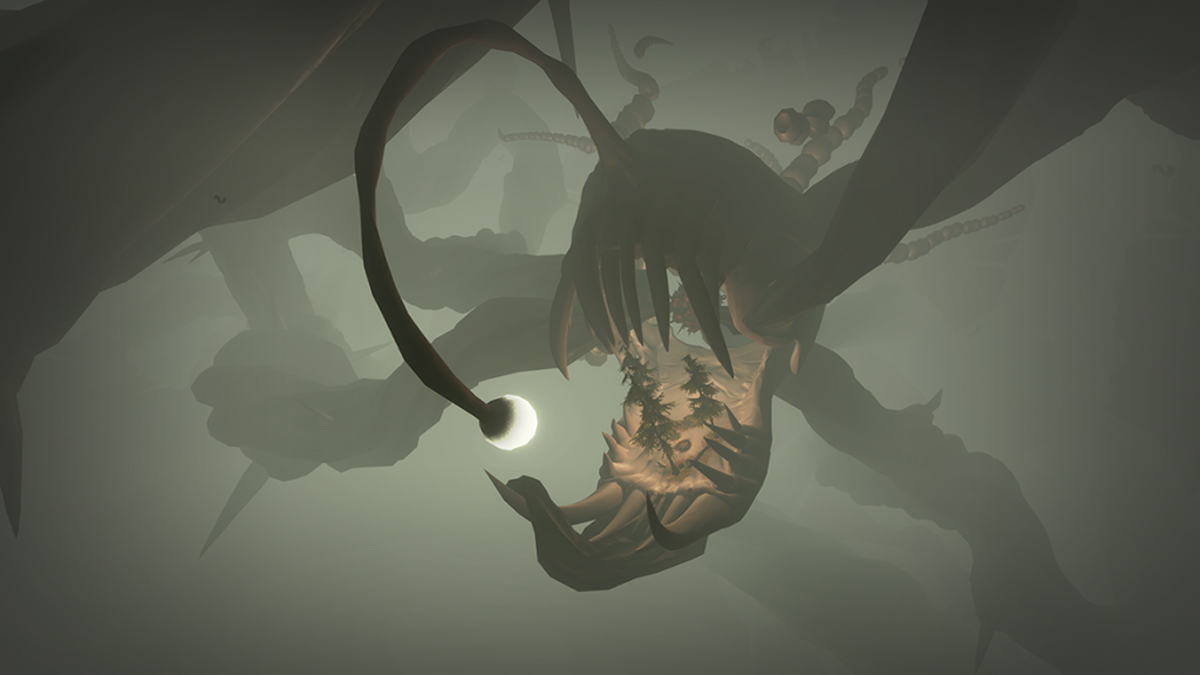 A space exploration game created by Alex Beachum MFA ’13 as a thesis project, it hit Xbox One in May. Players unravel a solar system’s mysteries as they try to outrun a supernova during a repeating time loop.

Beachum has focused his design efforts since graduation on polishing up Outer Wilds as creative lead with L.A.-based studio Mobius Digital, where he works alongside longtime collaborator Loan Verneau MFA ’13. 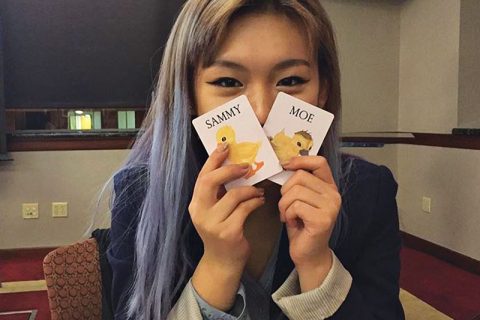 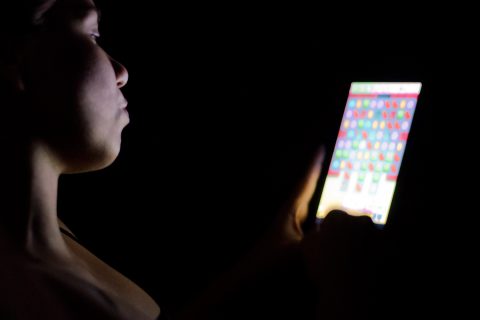 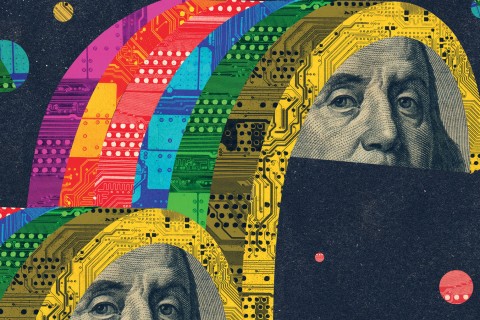 Game capture of Flow. Start Me Up