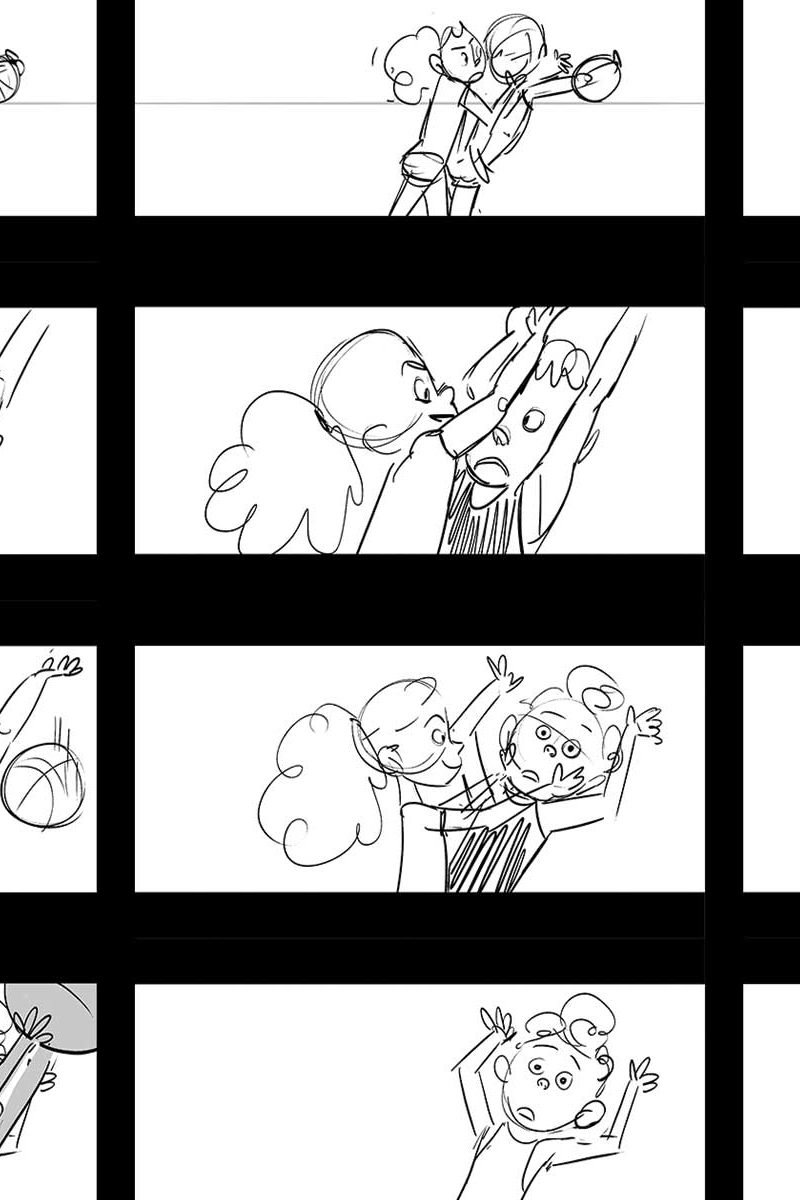 How Animators Bring Their Doodles to Life

Some of the most compelling animated stories on screen start as scribbles in a notebook.

Animation is back and bigger than ever. Thanks to advances in digital technology, animated movies burst onto today’s big screens one after another, and the art permeates pop culture. Some of the up-and-coming talents in the field are USC animation alumni streaming steadily out of the USC School of Cinematic Arts’ John C. Hench Division of Animation and Digital Arts.

How do these artists find the inspiration for their creations? Two recent USC animation graduates —  Margaret Spencer ’19 and Yuri Jang MFA ’19 — explain their process as they guide us through the films they created as students to complete their animation program at USC.

Film description: An Italian café brings together some unlikely partners. 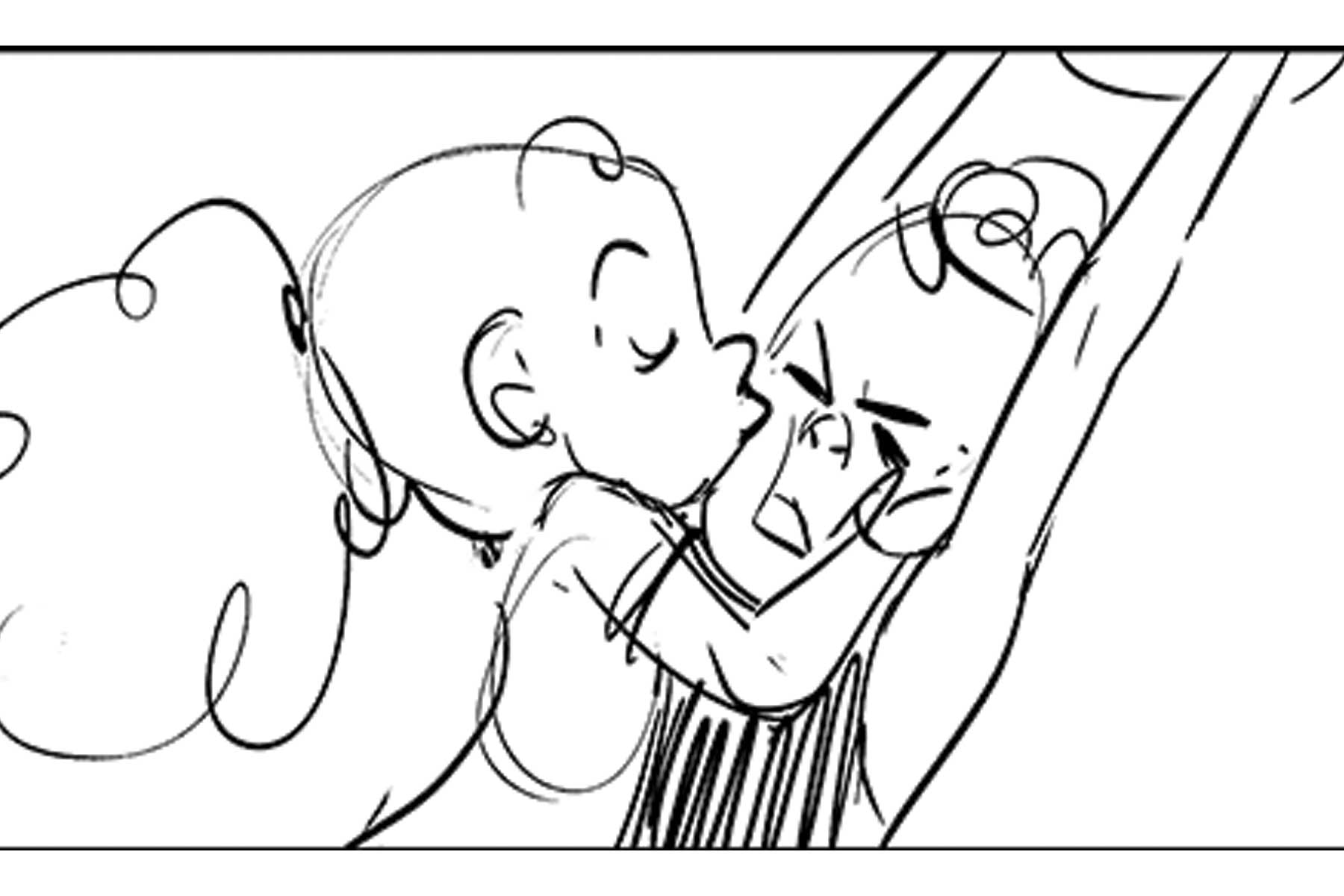 “I studied abroad in Italy and I really loved the communal atmosphere of the coffee shops there, so I wanted to explore that in my film,” Spencer says. “I wanted to create pairs of people who are essentially opposite but brought together by something as small as a coffee break.” 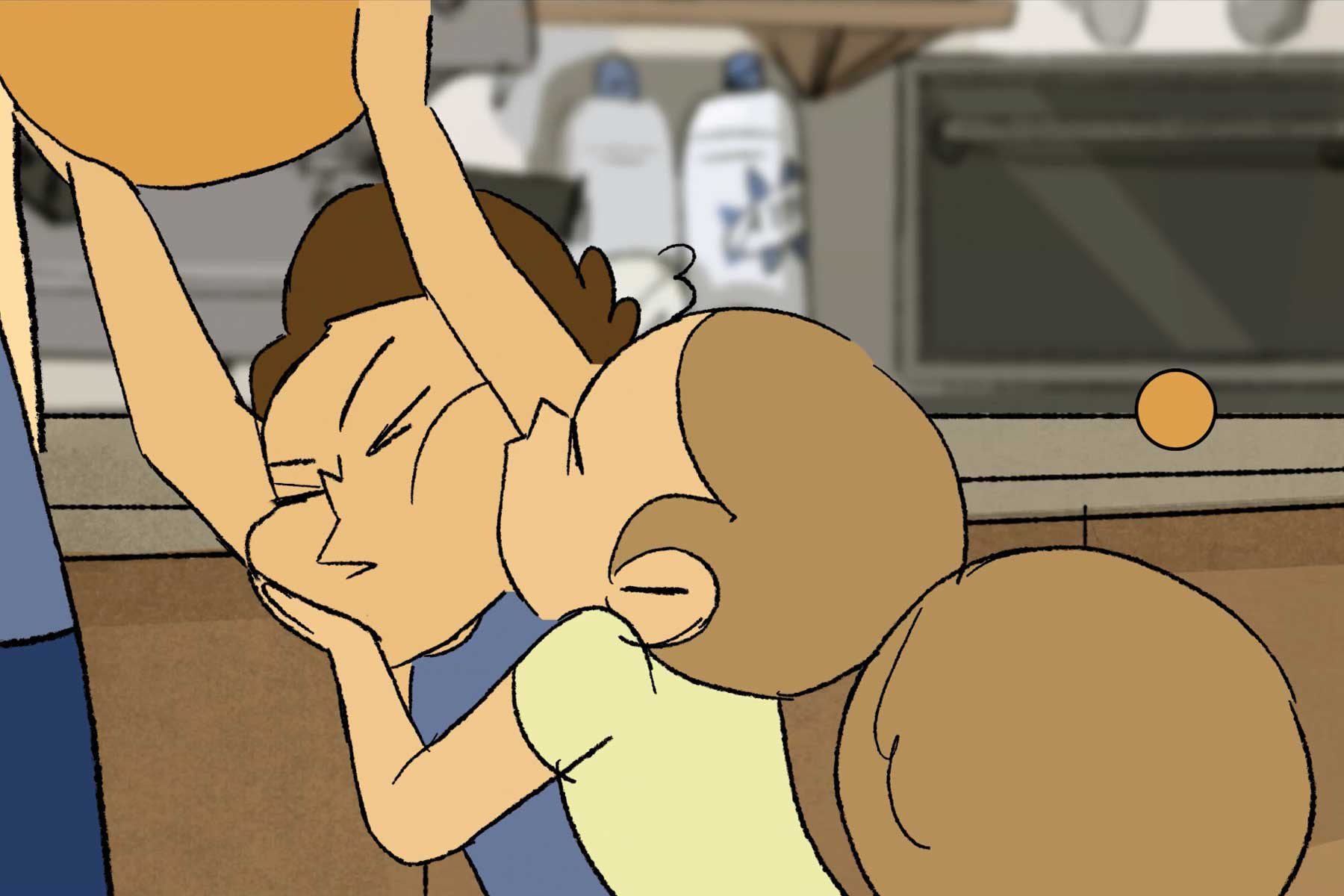 In this scene, a little girl covets a boy’s basketball because “it’s much bigger and much more orange … than the orange her mom gives her for breakfast,” Spencer says. As the little girl plants a kiss on the unsuspecting boy, she deftly swipes the ball.

How did Spencer get her start as an animator?

“I had a family friend who worked at Pixar and he offered to show me around because he knew that I liked drawing and grew up loving all the Pixar movies. The minute I walked into Pixar, it was like, ‘Oh, my God, I didn’t realize this was a career. I totally want to study animation. I want to work here.’”

After graduating from USC, Spencer began an internship at Pixar Animation Studios.

The story tackles the difficult subject of comfort women — women and girls captured by the Imperial Japanese army and forced into sexual slavery in the 1930s and ’40s. 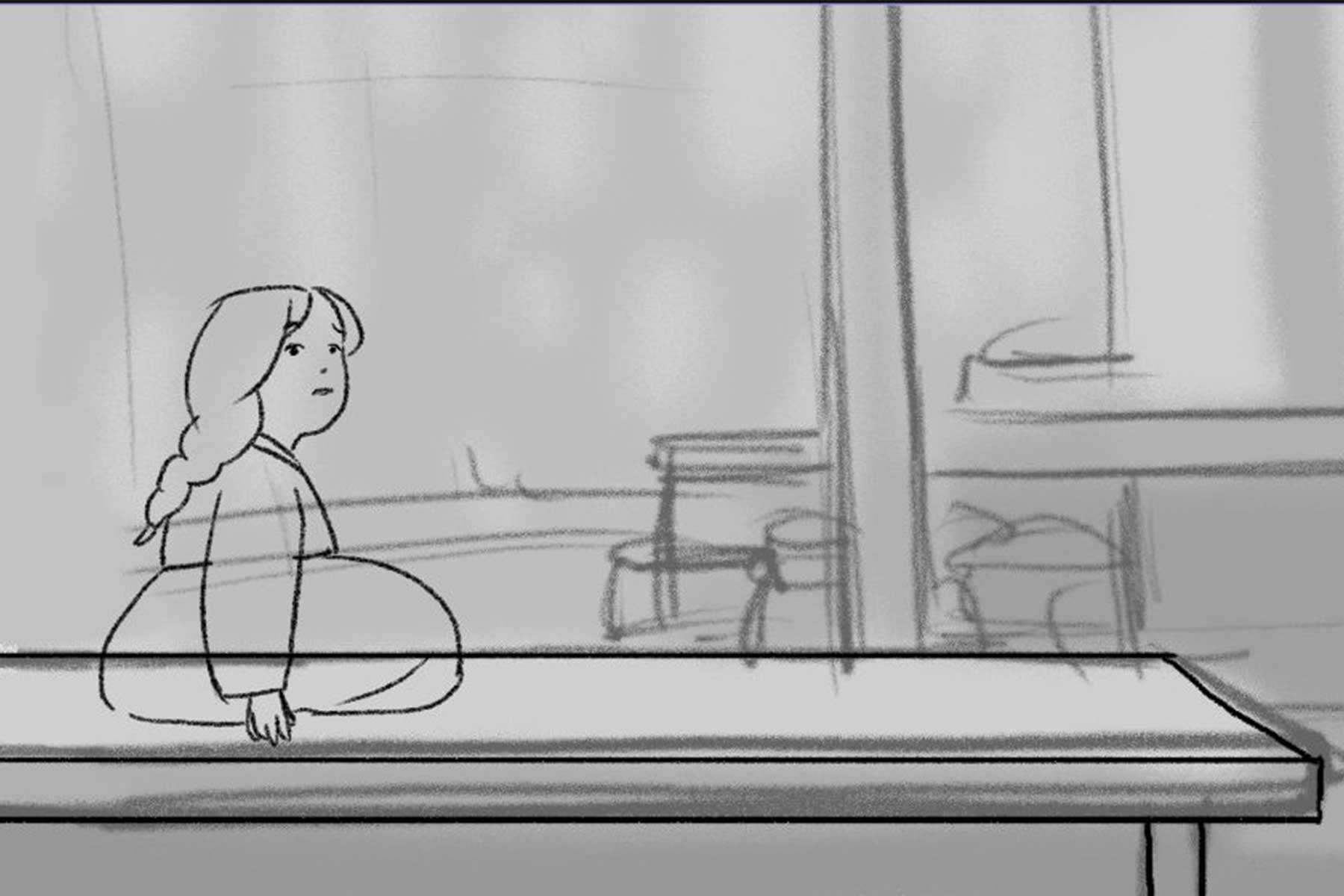 “Researching the topic was painful. But it motivated me. It’s like you want to make something for the victims of the issue. I didn’t want to show violence or all the shocking, realistic things; these women already know what happened. I’m trying to show emotions. It starts just doodling with a pencil on paper, very simple.” 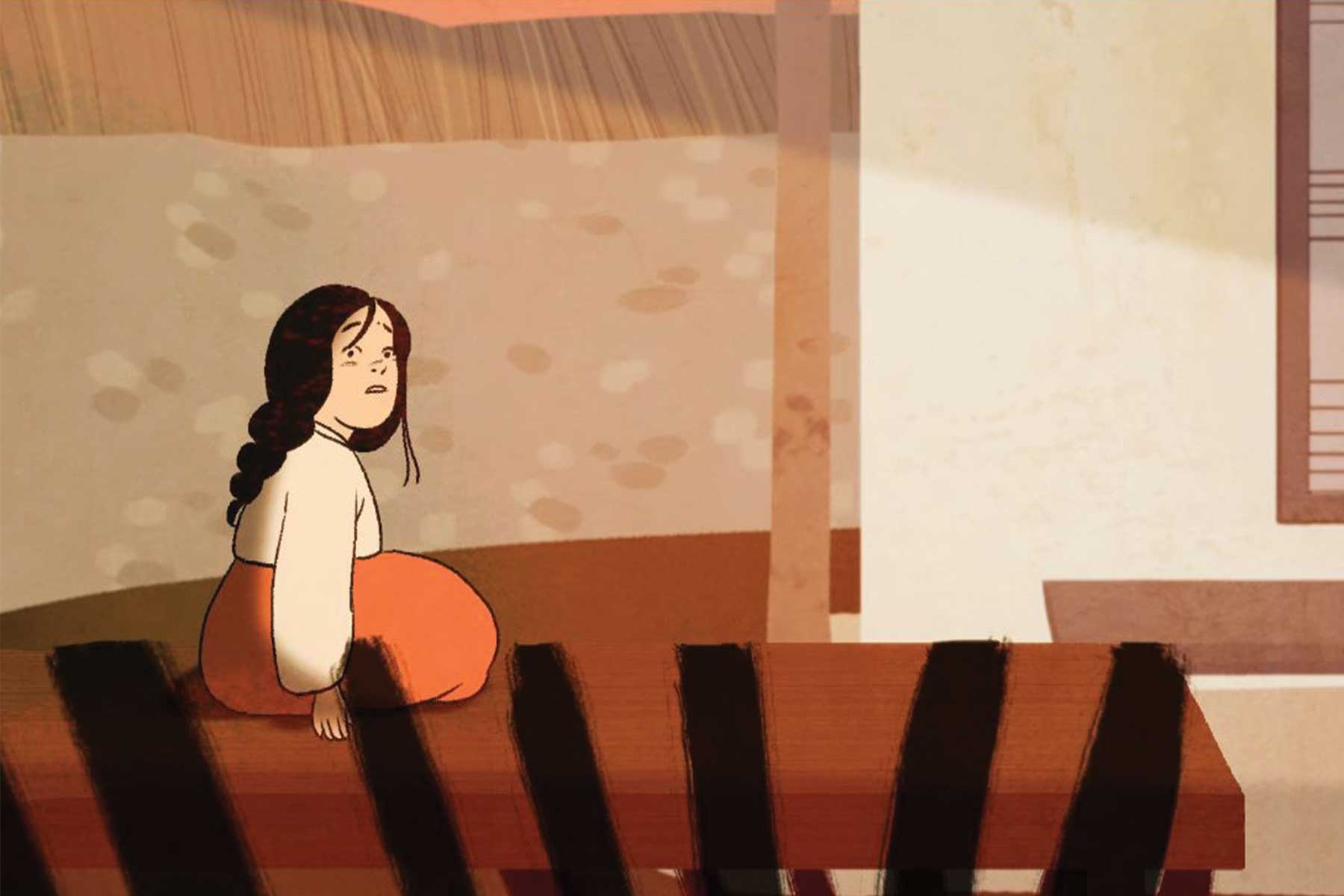 In this scene, the young protagonist sits outside a Korean country home. “I wanted to show her childhood as warm and peaceful by using orange and yellow sunset colors,” Jang says. Scenes in which she is imprisoned are marked by red, signifying danger. The dark lines in the foreground are the ominous shadows of a soldier approaching.

How did Jang get her start as an animator?

“One day while I was studying in Japan, I watched an anime film called Paprika by Satoshi Kon. I was amazed by his work, especially a dream sequence in the film. It was my first moment that I really wanted to make animation.”

After her USC graduation, Jang got an offer from Warner Bros. and she now is teaching animation at Loyola Marymount University. 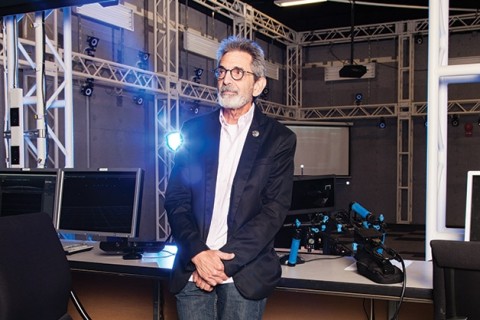 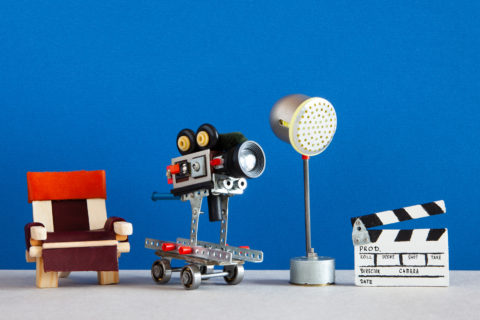 A new USC Annenberg study examines the ecosystem of the animation industry and finds pluses and minuses for women in the field.

How Animators Bring Their Doodles to Life