You can’t blame first-time visitors to USC Village when they’re taken in by the sheer scope of the massive $700 million residential-retail complex. But its beauty also lies in its details. They’re apparent in the gem-colored light and muted shadows cast by USC Village’s handcrafted stained-glass windows. The windows star as the showpiece of the complex’s expansive dining area in McCarthy Honors College and offer a collegiate sensibility reminiscent of Harry Potter’s Hogwarts.

Created at Judson Studios in northeast Los Angeles, the windows give a glimpse into the university’s soul. Emblems of Troy abound in the panels, from the university’s shield to colorful crests and icons that represent the USC schools and residential colleges. Some symbols were chosen from USC’s heraldic academic flags to reflect the longstanding, deep traditions of the university. “Our iconography represents the proud symbolism of the Trojan Family,” says USC President C. L. Max Nikias, who worked closely with the artists for a year to ensure that the panels celebrate USC’s intellectual heritage. “The timeless artistry of these beautiful windows is a testimony to our vibrant culture and rich shared past.”

It’s fitting that the creators behind the windows —some of the nation’s most acclaimed glass artisans—have a history intertwined with USC. Their story begins with English painter William Lees Judson, who became the first dean of USC’s fine arts school in the late 1890s. He convinced USC to build its residential College of Fine Arts in northeast Los Angeles, across the street from his own home above the Arroyo Seco. When the college building burned down in 1910, it was replaced with the American Craftsman-style building that still stands on the site.

After USC eventually relocated its fine arts programs to the University Park Campus (where today the school is known as the USC Roski School of Art and Design), Judson moved his family’s stained-glass business— Judson Studios—to the former college building. In the years since, the building has been designated a Los Angeles Historic-Cultural Monument, and three subsequent generations of Judsons have attended USC.

The artist behind the stained glass at USC Village, David Judson MA ’96, is William Lees Judson’s great-great-grandson. The studio has created stained glass for buildings across USC, including Our Savior Parish/USC Caruso Catholic Center, Mudd Hall and Town and Gown, filling rooms with light that inspires, enlightens and uplifts. 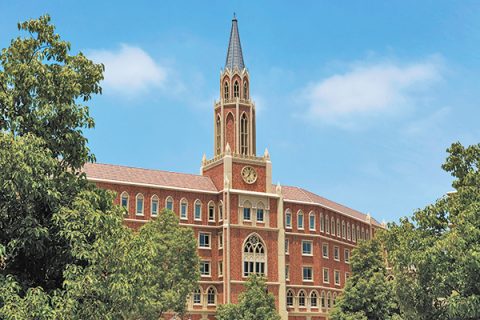 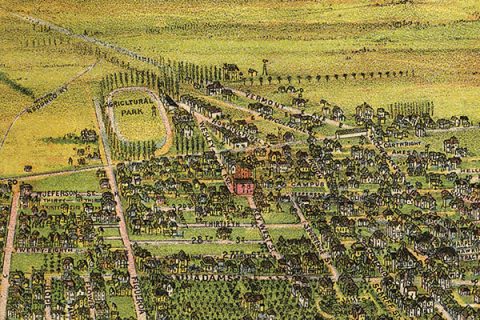 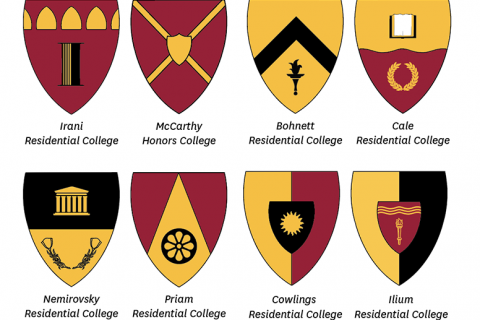 Crests harken back to the symbols and traditions of USC.