All eyes were on redshirt freshman football player Cyrus Hobbi a year ago. Playing backup center, he buckled under bruising tackles and the then-second-ranked Trojans lost to Stanford. He could’ve brooded over it for years.

But Hobbi had an unusual way to work through his frustration: He wrote a play. About 20 of his teammates turned out for his 15-minute solo performance in McClintock Theatre last December.

“I kind of had a rough time after the game. I put a lot of blame on myself,” says Hobbi, a drama major. His professor recommended writing about it. “It was just my point of view—what I was going through during that week, after that loss, and what I learned.

At 6 feet 3 inches and 285 pounds, Hobbi isn’t your typical drama student. “I guess you could say I stand out in the classroom,” he jokes.

Make no mistake, though. He’s serious about acting. “It’s something I love,” says Hobbi, 20, of Scottsdale, Ariz.

“In high school I would always do skits for the guys on the team.” When college athletics programs were recruiting him, Hobbi focused on drama as much as football.

“I chose USC for the education and the theater,” he says.

Hobbi is the only current Trojan football player to major in the arts, but he hopes to change that. For his directing class last spring, he cast Trojan offensive tackle Nathan Guertler to play in a scene. “He did a really good job,” Hobbi says. “I encourage my teammates to get in some arts classes.”

“When you’re an athlete, when you’re playing a game, you get into a zone—you ‘ball out.’ It’s a similar thing in acting,” he says. “Whatever your character, it becomes a part of you. 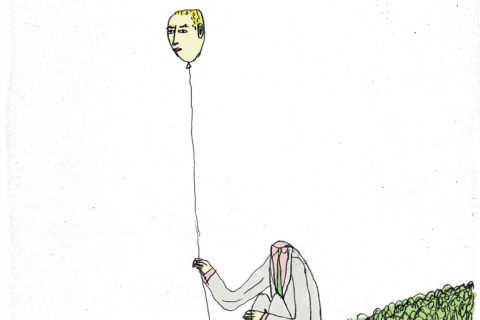 Illustrations/John Dykes The Impostor Inside

What do you do when your biggest doubter is yourself?

Where Trojans Go to Pray, Meditate and Reflect: The Little Chapel of Silence

In this busy world, you can find quiet moments of comfort at this timeless USC spot (yes, even remotely).