Supreme Court Justice Steven Breyer gazed at the sea of college students gathered before him for commencement. The graduates would ask many questions after they left school, he predicted:

“The science graduate will ask, ‘Why does that work?’

“The engineering graduate, ‘How does it work?’

“The economics graduate, ‘What does it cost?’

“And the liberal arts graduate, ‘Do you want French fries with that hamburger?’”

Breyer’s joke at the 1997 Stanford University ceremony underscores a perception in popular culture that humanities majors face tough career prospects, especially compared to those with what are perceived to be more marketable skills, like engineers and scientists. And philosophy majors in particular? They’re destined to ponder the meaning of life while searching for a way to make a living—or so the stereotype goes.

In reality, college graduates who major in philosophy can do quite well. They report earnings that rank highest among humanities majors, and many excel in fields including law, business, medicine and politics, as well as academia. Just ask Justice Breyer—who studied philosophy before going to law school.

Trained to use logic and reasoning to analyze questions big and small, challenge assumptions and examine problems in broad strokes and great detail, philosophy majors acquire intellectual tools that are as relevant in today’s digital age as they were at the time of Plato and Aristotle.

This timelessness explains why top administrators and professors at USC continue to view philosophy as an essential discipline that sharpens the minds of all students—whatever careers they decide to pursue. 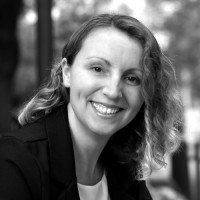 Shieva Kleinschmidt, who focuses on metaphysics and the philosophy of religion, teaches courses on topics from time and time travel to the physical world and our place in it. | PHOTO BY GUS RUELAS 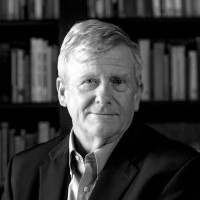 Scott Soames, director of the philosophy department, specializes in the philosophy of law, the history of analytic philosophy, and the philosophy of language. He recently argued in a New York Times opinion piece for the importance of philosophy in the modern university, underscoring philosophers’ significant collaborations with academics from other fields. | PHOTO BY GUS RUELAS 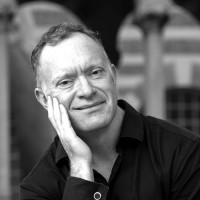 Ralph Wedgwood joined USC from Oxford University in 2012 and explores questions related to ethics and epistemology. He also has a famous great-great-great-great uncle: Charles Darwin. | PHOTO BY GUS RUELAS 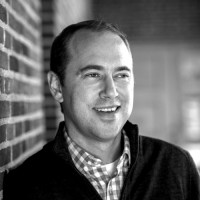 Mark Schroeder writes about aspects of meta-ethics, touching on areas like philosophy of language and epistemology—how we think. | PHOTO BY GUS RUELAS

Core of the Humanities

The repute of the philosophy department at the USC Dornsife College of Letters, Arts and Sciences has steadily grown during the last decade. It’s ranked as the 8th-best philosophy program in the U.S. and 9th best in the world, according to The Philosophical Gourmet Report, a biennial publication that bases its 2014–15 rankings on the reputation of faculty members (New York University is ranked No. 1 in the world).

Since 2004, USC has shot up 38 places in the closely monitored rankings, fueled by a focus on attracting seasoned scholars and promising rising stars. It has also developed innovative programs such as an interdisciplinary major in philosophy, politics and law, the first of its kind in the U.S. when USC launched it in 2010.

“I think philosophy is really at the core of everything we do in the humanities,” USC Provost Michael Quick says. “It hits all the right buttons, such as who or why we are, and what kind of people we want to be.”

Quick praised the leadership of Scott Soames, an expert in the philosophy of language, philosophy of law, and the history of analytic philosophy. Soames was recruited from Princeton University in 2004 and has been director of USC’s philosophy department since 2007.

“Scott has provided us a vision for how one builds a great department, as well as an ability to find and recruit great faculty,” says Quick, a neuroscientist.

Philosophy is really at the core of everything we do in the humanities. It hits all the right buttons, such as who or why we are, and what kind of people we want to be.

From his office in Mudd Hall, home of the School of Philosophy, Soames can barely contain his enthusiasm when he talks about the advances made by the program, which has about 200 undergraduate majors and 40 graduate students.

Ask Brian Leiter, who manages The Philosophical Gourmet Report. Leitner notes USC’s recent appointment of David Wallace, a philosopher of physics known for his novel interpretation of quantum mechanics. Wallace arrives on campus from the University of Oxford this summer.

“With this appointment, I’d say USC is in the very top cluster of programs in the world, including Princeton, Michigan, Yale and Harvard, and ahead of Stanford,” says Leiter, who is also director of the Center for Law, Philosophy and Human Values at the University of Chicago.

“If the department builds up in the history of philosophy, it will be giving NYU a run for its money,” Leiter adds.

Wallace will be joining an impressive faculty that includes Ralph Wedgwood. The specialist in ethics and epistemology, or the theory of knowledge, came to USC from Oxford in 2012.

“It’s a wonderful department,” Wedgwood says. “It’s just great in a classic kind of way. It’s got excellent philosophers who work hard and who are devoted to excelling in teaching and research, and it’s got great leadership.”

Soames also notes that equally important to USC’s growing reputation as a destination for the world’s brightest philosophers are its emerging young thinkers on the faculty.

“We have the best set of young assistant professors in the world,” Soames says. “Andrew Bacon is a coming superstar, Jeff Russell is a coming star, Shieva Kleinschmidt will be one of the best minds in metaphysics, and Jeremy Goodman, who is set to join us in the fall, is one of the best I’ve ever seen.”

Tools for the Real World

Undergrad philosophy majors do quite well for themselves after college. While pay is only one of many factors for professional satisfaction, here’s how their post-college salaries compare.

The public believes—rightly—that philosophers study big-issue questions. Does God exist? What actions are right or wrong? What can we know about the world around us? But Kleinschmidt says that philosophy encompasses much more.

The methodology that contemporary philosophers apply to analytic philosophy is closely tied to mathematics.

“We translate claims into their logical form, and then use groups of these claims to write proofs,” Kleinschmidt explains. “The proofs are formally valid: If the premises of the arguments are true, it follows as a matter of logic that the conclusions must be true as well.”

This matters, Kleinschmidt says, because “validity helps us see which claims can be true at the same time, and which can’t, which helps us build a consistent and extensive theory of the world.”

Kleinschmidt and other USC professors believe philosophy courses should be a part of every student’s college experience.

“Critical thinking skills are crucial tools for almost every area of life,” she adds, “and are certainly helpful in other college classes.”

Mark Andrew Schroeder, who works in epistemology, ethics and philosophy of language, says philosophy particularly matters in the 21st century, a time when computing technology means that everyone has access to knowledge at their fingertips. Technical skills quickly become obsolete with each advance toward automation. “The only skill that can’t become obsolete,” Schroeder says, “is the ability to think critically. Philosophy, more than any other field, teaches students to think critically.”

Roy majored in philosophy, politics and law and earned a master’s degree in public diplomacy. She is set to graduate from Yale Law School in 2017.

Little did she know how useful a course in philosophy would be when she took one her freshman year at the suggestion of a professor. “It taught me how to think about the law—what the law can or should be,” says Roy, who went on to specialize in the ethics of law research.

I credit philosophy with making me a much stronger thinker and writer.

Just recently, her background in philosophy helped her detect a “gaping assumption” in what appeared, at first, to be a “damning” law brief, she says.

Chambliss, a double major in finance and philosophy, took her first philosophy class as a sophomore. She got a C+ but loved it. Determined to do better, Chambliss declared philosophy as her second major to help her in law school.

“I credit philosophy with making me a much stronger thinker and writer,” she says.

Chambliss’ abilities came in handy at the medical technology firm her father founded in 2010. After studying electroacupuncture, she questioned the medical industry’s assumption that neuromodulation—treating conditions through stimulation of nerves—required constant exposure to electrical currents.

After unpacking the problem from all angles, Chambliss recommended that the firm’s engineers create an eCoin device that could be radically smaller than other devices on the market because it only needs to give off intermittent electrical currents.

“Philosophy helped me cultivate grit, the passion and perseverance needed for this non-scientist to enter and contribute to the most wonderful field of medical technology,” Chambliss says. “I learned to think inside, outside, and about what is the box from philosophy. For that, I am grateful and I am better.”

What can you do with a philosophy degree? 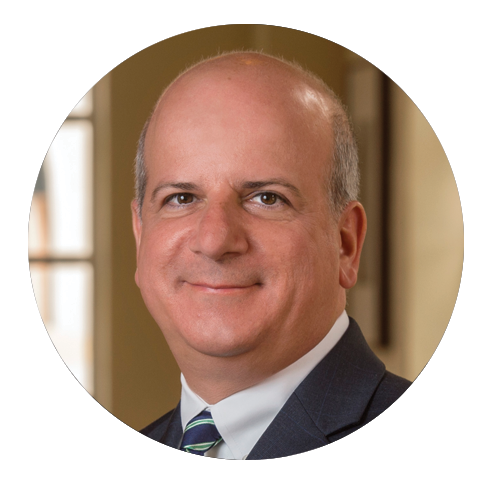 The skills that philosophy majors develop—critically analyzing issues from a variety of angles, questioning assumptions and crafting alternatives and writing clearly and persuasively—open up a wide array of career directions. These skills and the depth of intellectual practice of a philosophy degree are critical for many fields, says Carl Martellino, executive director of USC’s Career Center.

It’s true that compared to, say, computer science, a philosophy degree might not provide a direct linear path to a specific career, Martellino says. But he cites recent studies that show students who acquire the philosophy-based logical reasoning skills do well in their careers.

At the bachelor’s degree level, philosophy majors are projected to earn the most of all humanities majors in the Class of 2016, according to a salary survey by the National Association of Colleges and Employers.

Philosophy students earn the highest salary of all humanities majors and are in the top 25 percent of all majors by mid-career, according to PayScale.com. 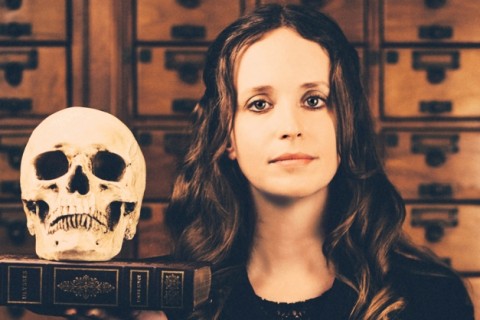 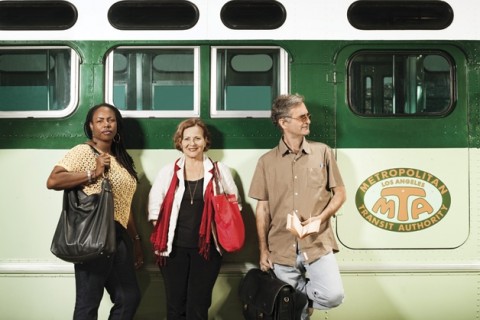