Three new members were elected to USC’s Board of Trustees this year, and they have one important thing in common: They’re committed to using their expertise to benefit the university. 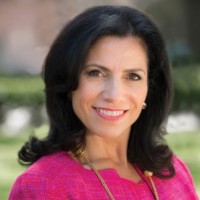 Ramona Cappello ’81 has a long relationship with USC. Growing up in a family of Trojans, Cappello went to football games at the Coliseum from an early age. She was a star student at the USC Marshall School of Business and graduated as valedictorian.

Cappello has distinguished herself as an entrepreneur. After years of developing and running successful businesses, she founded Corazonas Foods in honor of her father and grandfathers, who died of heart disease. Corazonas creates snack foods that are infused with plant sterols, which lower levels of so-called “bad” cholesterol. Having recently sold the company, she’s now founder and CEO of Sun Harvest Salt LLC, a distributor of a line of natural sea salts.

Cappello remains one of USC’s most dedicated volunteers. A member of USC Associates, she recently completed her term as president of the USC Alumni Association Board of Governors. 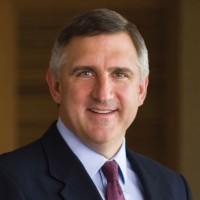 Robert A. Bradway is chairman and CEO of biotechnology company Amgen Inc., which researches and manufactures therapies for serious conditions including cancer, rheumatoid arthritis and bone and kidney disease. Headquartered in

Thousand Oaks, California, Amgen has a presence in more than 75 countries and has reached more than 25 million patients.

Prior to joining Amgen, Bradway was a longtime healthcare investment banker at Morgan Stanley. He began his Amgen career in 2006 as vice president for operations strategy and quickly rose through the company. He was named president and chief operating officer in 2010, CEO in 2012 and chairman in 2013.

At USC, he also serves on the advisory board of the Leonard D. Schaeffer Center for Health Policy and Economics.

Bradway received his bachelor’s degree in biology from Amherst College and an MBA from Harvard University. 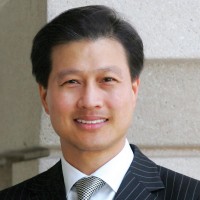 Dominic Ng has helped build bridges between the United States and Asia as chairman and CEO of East West Bank. Under Ng’s leadership, the Southern California-based bank has transformed from a small savings and loan association into an international commercial bank with assets of $27.6 billion.

Ng is a community leader as well. In 2000, he became the first Asian American to chair the fundraising campaign for the United Way of Greater Los Angeles and raised a record $66 million. He currently serves as an independent director on the board of Mattel Inc., and is a board member of the Committee of 100, having completed his term as chairman this year. He’s also a dedicated supporter of the USC Pacific Asia Museum and served on the President’s Leadership Council at USC.

Ng was raised in Hong Kong and moved to the United States to attend the University of Houston. Prior to joining East West Bank in 1991, he was a certified public accountant with Deloitte & Touche.