Neurodiversity and the University

Students, alumni and faculty on the autism spectrum show they have a place in the university.

Universities are hotbeds for the study of autism. They are also increasingly hotbeds for study among autistic people. With wider access to diagnosis and support, having an autism spectrum disorder (ASD) need no longer be a roadblock to attending college.

ASD is characterized, in varying degrees, by difficulties in social interaction, verbal and nonverbal communication, and repetitive behaviors. One out of 88 children is on the autism spectrum, according to the Centers for Disease Control, though one new study suggests the rate may be as high as one out of 50—an increase likely attributable to greater awareness.

Roughly 50,000 autistic youth turn 18 every year. Only a third of them currently go on to college, but experts believe many more could, given appropriate support. There are college handbooks for them, and plenty of online resources.

For university admissions offices, the socalled “epidemic” of autism may offer an opportunity. Recruiters see a promising pool of applicants who can bring unexpected ideas and single-minded focus. Then there’s the matter of federal law: Under the Americans With Disabilities Act and Section 504 of the Rehabilitation Act, people with autism are guaranteed reasonable accommodations at college.

But just how welcoming is academe to “neurodiversity,” and are universities prepared to help teenagers with autism enter adulthood?

Nationally, some universities do better than others. Many fall short by failing to recognize a common thread among students with ASD: While diverse in their strengths and weaknesses, most are susceptible to sensory overload, says USC education and disabilities expert Gisele Ragusa. Students with autism could benefit from services and technologies that are already routinely offered to students with other types of sensory challenges such as hearing loss, including listening devices, FM systems and real-time captioning for  lectures. In-class note-takers and private exam rooms could also prove beneficial. 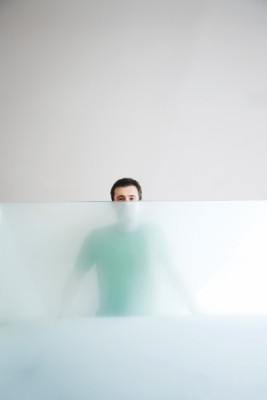 The crucial thing, says Ragusa, of the USC Viterbi School of Engineering, is to extend these services to students with ASD. “And USC does a fabulous job of this,” she says. However, it’s partly up to students to seek assistance.

While elaborate services exist to smooth their way, only five students with ASD are currently registered with USC’s Office of Disability Services. The real number is likely far greater; autism often coincides with attention deficit disorder, and some autistic students may prefer to register under that disability.

Or they might choose not to register at all. “We have students with all categories of disabilities who do not register with the office,” says Eddie Roth, disability program director.

High-functioning autistic people often keep their diagnosis quiet. “None of my classmates or friends knows about it,” says Jack Fletcher, a sophomore communications major who asked that his real name not be used in this article. “I’m anxious that people might look at me differently.”

Fletcher, who was diagnosed at age 5 with a form of ASD called Asperger’s syndrome, signed up with USC’s disability office to qualify for accommodations such as extra time on exams. Defying autism behavioral stereotypes, he is gregarious and active in campus activities, from the USC Program Board to the ’SC Homeless Initiative. He shoots hoops for fun and dreams of a career in event planning.

Ragusa believes universities need to do more than quietly provide services. They need to wave welcome banners. “Students with mild autism, who function reasonably well academically and socially, are not going to show their stuff when they get to a university unless they feel it’s welcoming and that they will not be singled out or isolated because of their challenge,” Ragusa says. “Universities need to be a safe place where people with autism know that they will be full members of the academic community.”

While Fletcher isn’t terribly interested in disability issues, Steven Kapp ’09 certainly is. An autism activist who majored in public policy with a communications minor, Kapp started an autism student group while he was at USC and began advocating for quality-of-life considerations affecting people with ASD. He also successfully launched an annual Disability Awareness Week that continues today. “USC was more than willing to help me when I had bigger advocacy plans,” he says. Kapp continues to focus on autism as a doctoral student in educational psychology at UCLA.

Active or not, students on the spectrum can look to two openly autistic USC faculty members as mentors and adult role models.

USC Marshall School of Business marketing expert Lars Perner PhD ’98 has Asperger’s and sees some academic advantages in his neurological “quirks.” For example, he likes to begin his consumer psychology class by asking the students a seemingly silly question: Why does Tony the Tiger wear a scarf? It certainly isn’t a fluke, he tells them. Kellogg Co. spent big money developing the iconic Frosted Flakes mascot. “That’s the kind of question a lot of people would not ask,” Perner says. “But once you ask it, there’s a lot of depth there.”

The other openly autistic USC faculty member is Tim Page, a professor of journalism and music history. For many years he was the Pulitzer Prize-winning music critic of The Washington Post. In 2007, he went public with his Asperger’s diagnosis in an essay for The New Yorker. That eventually led to Parallel Play, which he calls the best of the dozen books he’s written.

Though Page claims no authority on autism, people looking for answers regularly seek him out. “I’ve met with a lot of students who were suddenly diagnosed and want to talk,” says Page, of the USC Annenberg School for Communications and Journalism. “I’m always willing to discuss it. I consider it my duty.”

In line with that duty, Page and Perner both appear in an innovative transmedia project, “Interacting with Autism,” produced by the USC School of Cinematic Arts. Set to launch in September, interactingwithautism.com uses video to help people better understand the autism experience. (A sample clip is already online.)

One of the film editors on the project is Dan Gross MFA ’13, a recent graduate of the USC School of Cinematic Arts. He was diagnosed at age 2 with full-on classic autism, complete with screaming meltdowns and limited speech. “I used to be terrified of everything from fire drills at school to overhead fans going off,” he says.

Finding himself often isolated and friendless, those were hard years. But with a caring family and supportive therapists, gross blossomed, discovering a talent for filmmaking in high school. The response of classmates to his documentary about a field trip to Washington, D.C., caught him by surprise. “They were really emotionally moved and touched by what I did,” he recalls. “I was fascinated that I was able to provoke that reaction.”

Gross learned his craft at the University of Connecticut in his hometown of Storrs, and continued to burnish it at USC. This summer, he is moving to New York to begin a career in film editing.

Expect to hear more such success stories in the future.

“For many generations, autism was an incredibly misunderstood and hidden disability,” says Ragusa. Now that educators have a better understanding of ASD, many children with autism get the support they need at an early age, so they’re faring better in school. “They tend to be quite bright, so there is no reason they shouldn’t attend college,” she continues. “But college is different from high school. The expectation of independence is greater; the expectation of interacting socially and in groups is greater.”

The challenge for universities will be to help students with autism negotiate the twists and turns of higher education, on the road to achieving independent, productive and fulfilling lives.

The goal, Ragusa insists, must be nothing short of full inclusion: “We want to prepare people with ASD to be full members of society and full participants in the nation’s workforce.”

The Cicada synthesizer vibrates in the same way that insects produce a loud and recognizable sound in the wild. (Photo/Federico Chiesa) Tech Talk

The Cicada synthesizer vibrates in the same way that insects produce a loud and recognizable sound in the wild. (Photo/Federico Chiesa) Feeling the Vibes

Neurodiversity and the University