For law school students and their client, patience and perseverance pay off

Nerves were high when Sophia Duenas appeared in U.S. immigration court last fall. Not only was it the first time the second-year law student had ever appeared before a judge, but her client had been fighting to remain in the United States since 2004.

The judge handed down the ruling: Her client would be on track to earn a green card. Both Duenas and her client, a Salvadoran woman living in Los Angeles, could barely control their emotions.

“[The client] was in shock,” says Duenas, the last of at least 17 students who have represented her through the USC Gould School of Law Immigration Clinic. “She jumped up and gave me a big hug. We were so excited in the moment. She was crying. I cried, too. It’s absurd she had to wait this long, but I’m happy she can finally have some peace.”

Pro bono teaching clinics like the USC Immigration Clinic are a lifeline for people without resources to navigate America’s complex legal system. Niels Frenzen, a co-director at the clinic, estimates the cost of a private attorney over 16 years at $50,000.

“She’s a single mom trying to survive and support her kids and care for her mother,” says Jean Reisz, the other co-director of the clinic. “Not only did she have to wait a long time for relief, but to prepare her case and for multiple court hearings, she had to take off time from work, and she would sometimes lose her job.” 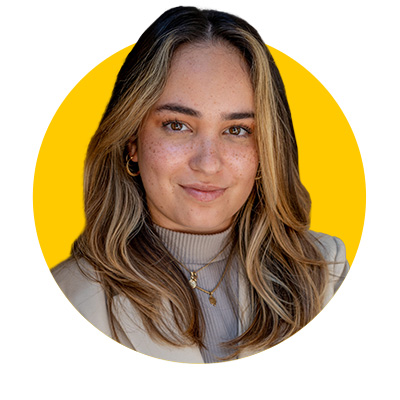 At 16 years, the case isn’t the lengthiest the clinic has handled, but the number of delays was unusual. The client initially applied for asylum as a survivor of domestic violence in El Salvador, but legal recognition on that basis shifted during three successive presidential administrations. A U.S. Supreme Court decision in 2020 allowed Duenas to make the case for remaining in the U.S. because her  client cares for her mother, who lives with dementia.

To argue her case, Duenas presented testimony from Laura Mosqueda, a professor of family medicine and geriatrics at the Keck School of Medicine of USC. “The case turned on this expert witness who could talk about what would happen if the client was removed,” Duenas says. “It was a huge deal to find Dr. Mosqueda. We are a pro bono clinic so we rely on people to volunteer their time and knowledge.”

She is the image of an amazing American citizen and person.

Frenzen and Reisz designed the clinic to give USC Gould students real-world experience working with clients who have undergone trauma. Learning to detach while coping with law school and personal lives can be overwhelming, so keeping a good life balance is an important lesson.

Duenas says appearing in the courtroom was intimidating but a phenomenal experience. She has gained confidence that she can succeed as a lawyer. Still, the outcome was the greatest reward of all. “[The client] is so hard working and has this beautiful family, and she took her mother in to care for her full time. She is the image of an amazing American citizen and person.”

USC, Cancer and One Daring Mission

Powered by an energized cancer-fighting ecosystem at USC, Trojan researchers aim to help the nation achieve its Cancer Moonshot