by Candace Pearson — video and illustrations by Laura Porat
Winter 2020

Scottish bacteriologist Alexander Fleming’s discovery of penicillin, the world’s first antibiotic, saved countless lives. But even as the bacteria killer first hit the U.S. market — in the closing months of World War II — Fleming warned the world about what penicillin might unleash.

Misuse of the antibiotic could result in an explosion of resistant bacteria, he cautioned in his 1945 Nobel Prize speech. His words proved prophetic.

Today, less than 100 years after their debut, antibiotics are losing the war against germs. Antibiotics are meant to quash bacteria and certain fungi, but superbugs have evolved to survive them. Germs built their potent defenses thanks in large part to the overuse of antibiotics in humans and animals. In this new era, these drugs have rapidly become less effective at fighting infection.

“We did not recognize how quickly we could lose what we have in our toolbox,” says Neha Nanda, medical director of infection prevention and antimicrobial stewardship at Keck Medicine of USC. “We know the history. Why are we letting history repeat itself in a way that will harm us today?”

The Centers for Disease Control and Prevention (CDC) calls antibiotic resistance “one of the biggest public health challenges of our time.” Each year, about 2.8 million people in the U.S. are infected with antibiotic-resistant bacteria or fungi. More than 35,000 of them die, among an estimated 700,000 deaths worldwide.

At USC, scientists are working to build new lines of defense against the rise of powerful bacteria and fungi. They’ve turned the university into an epicenter for research as they race to develop new strategies and tools to counteract the growing threat. 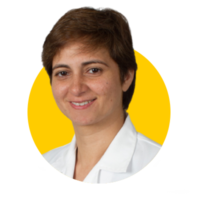 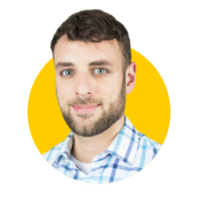 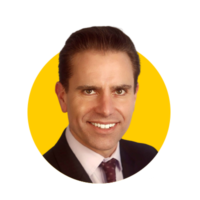 How Does Antibiotic Resistance Occur? A Prescription for Trouble

“Antibiotic resistance is a naturally occurring phenomenon — it’s been happening before we humans walked the earth. We’re just making it worse,” says Adam Smith, an environmental engineer at the USC Viterbi School of Engineering who studies the presence of antibiotic-resistant bacteria in our water supply. Microbes have gained such resilience through adaptation, he adds, that “we’re quickly reaching a post-antibiotic world.”

Used properly, antibiotics can knock out many bacterial infections, from strep throat to urinary tract infections. But the CDC estimates that at least 30% of antibiotic prescriptions in emergency rooms, hospitals and clinics are inappropriate. They’re doled out for virus-caused health issues they can’t fix, such as the flu or a common cold.

Says Nanda: “What’s disappointing is why this has happened — the absence of a disciplined restriction around prescribing antibiotics.”

If you take an antibiotic for the flu, the drug won’t touch the virus. But it will destroy other bystanders, like good bacteria that digest food, keep us healthy and attack infection. Any surviving germs left in your body get tougher. These survivors multiply and swap their drug-resistant genes like trading cards. The more patients take antibiotics, the more this can happen.

Because antibiotics are used so often in hospitals, and because bacteria thrive in such settings, these facilities can sometimes harbor resistant germs.

That means chronically ill and immunocompromised people, who are more likely to need intense medical care, are at especially high risk. Increasingly, doctors are forced to tell their hospitalized patients there is no antibiotic to treat them or “they’re down to a drug of last resort,” Nanda says.

Adding to the challenge is that prescribing an antibiotic has become what Nanda calls “a social act.” Physicians want to help patients — “to do something,” she says — and patients often insist on an antibiotic prescription when they feel sick.

▸ Watch our video on antibiotic resistance to learn how it happens.

Jason Doctor, an expert in physician behavior and psychology at the USC Price School of Public Policy, calls prescribing antibiotic drugs a gray area because it’s so often a judgment call. The best course of action to treat a patient may be unclear, he says, which can open the door to physician overprescribing.

A 2019 national survey by Doctor and other researchers illuminates the challenge. It found that 91% of primary care physicians believe inappropriate antibiotic prescribing is an issue in outpatient settings, but only 37% agree it takes place in their practice. “Clinicians recognize there is a problem,” he says, “but they don’t see that they’re responsible for it.”

Much of his research focuses on how to persuade physicians to reduce antibiotic prescribing. One strategy that works: Giving them a performance goal. If you show physicians that their colleagues hit a benchmark for writing fewer inappropriate prescriptions, Doctor says, “they want to change their behaviors to emulate their peers.”

The Bacterial Baddies at the Heart of Antibiotic Resistance

On a Microbe Mission 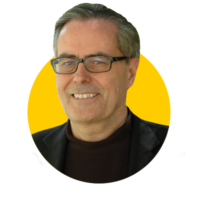 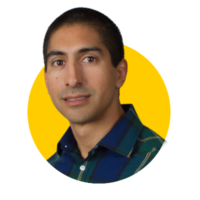 Who are the supervillains of the superbug universe? Gram-negative bacteria. They block infection-fighting white blood cells and drugs with their protective outer capsule. Examples of these bad bugs include Escherichia coli (commonly known as E. coli), guilty of causing respiratory infections, diarrhea and more, as well as Salmonella and its food-borne illnesses.

Don’t forget the fungi. Charles McKenna, director of the Center for Drug Discovery at the USC Dornsife College of Letters, Arts and Sciences, has been on a global hunt for new approaches to antifungal treatments. Currently on his radar is the aggressive yeast-like fungus Candida auris. This emerging threat causes blood, wound and ear infections, and it repels most antibiotics, he says. “It potentially could resist all of them, and we’d be out of options.”

As McKenna explains, superbugs got their name because they’re indifferent to many drugs. “If we had decent drugs, they wouldn’t be superbugs anymore — they’d be out of business,” he says. The solution is to improve drug discovery.

It’s always going to be an uphill battle. Bacteria have had an evolutionary head start of several millions of years.

The drug discovery process worldwide is too slow and costly, he says, and “viruses and bacteria can mutate more rapidly than we can make a new drug.” It takes 10 years or more to develop and approve a new antibiotic. But McKenna is hopeful. If his predictions prove true, artificial intelligence will soon accelerate the discovery of new medicines. Robots aren’t finding germ-killing drugs yet, but he sees them on the horizon.

As McKenna looks to the future, microbiologist Brian Luna looks to the past in his quest against a life-threatening supervillain: Acinetobacter baumannii. Strains of this highly drug-resistant bacteria typically infect vulnerable patients in hospitals.

Along with his colleagues at the Keck School of Medicine of USC and other institutions, Luna scoured 12,000 drugs already approved for other conditions to see if one might work against A. baumannii. The USC team found an answer among the classics: rifabutin, a drug discovered in 1975 and originally used to treat tuberculosis.

Now the researchers look to recruit other old antibiotics to perform new duties. “It’s always going to be an uphill battle,” Luna says. “Bacteria have had an evolutionary head start of several millions of years.”

Hospitals and clinics aren’t the only home turf for superbugs. In the U.S., about 70% of all antibiotics deemed “medically important” — drugs that can be used to treat human disease — are sold for use in livestock. Farmers and veterinarians rely on them not just to treat sick cows, pigs and chickens, but also to prevent disease in healthy animals (a practice largely banned in California).

The CDC estimates 20% of antibiotic-resistant infections in humans annually are linked to agriculture. When people eat chicken and steak, they also might be eating drug-resistant bacteria if the food is tainted from poor processing or preparation during its farm-to-fork journey. But Marlène Maeusli, a PhD candidate at the Keck School of Medicine, warns: “You can’t think, ‘I’m a vegetarian, so I’m safe.’ Superbugs are everyone’s responsibility — and risk.”

You can’t think, ‘I’m a vegetarian, so I’m safe.’ Superbugs are everyone’s responsibility — and risk.

Maeusli led a recent study that showed how eating plants carries its own dangers. The researchers exposed lab-grown lettuce to E. coli, then fed the lettuce to mice and tracked the resistant bacteria as it colonized the rodents’ intestines.

In fields far outside the lab, animal manure used in fertilizer for crops can seep into irrigation water — and this contaminated water spreads bacteria onto plants. “Our findings highlight the importance of tackling foodborne antibiotic resistance from a complete food-chain perspective,” Maeusli says.

That food chain includes water, says Smith, the water quality researcher from USC Viterbi. He and other USC researchers have found evidence of bacteria becoming genetically resistant to antibiotics in wastewater treatment plants, where water is recycled for irrigation, car washes, firefighting and even drinking. Bits of DNA that make microbes resistant can then get into groundwater, where other bacteria can pick them up and grow stronger.

A concerned Smith thinks solutions need to come from two directions: Engineers have to come up with answers to protect the water supply, whereas health care pros need to safeguard against the spread of bacteria and inappropriate antibiotic use.

The World Health Organization and others have called on hospitals and medical centers to adopt antimicrobial stewardship programs that promote appropriate use of the drugs and improve patient outcomes.

At USC, Nanda and a cross-disciplinary team monitor antibiotic use in the Keck Medicine hospital system. Some antibiotics can only be prescribed by Keck Medicine’s infectious disease specialists, whereas others get special scrutiny once administered. Though Nanda sees progress, “changing behaviors doesn’t happen overnight.”

In the meantime, she wants medical science to explore alternative bacteria fighters, including advanced immunotherapies. Scientists are investigating the powers of bacteriophages, which are viruses that specialize in infecting and destroying bacteria. Chemists and engineers have their eyes on antimicrobial polymers that can kill drug-resistant bacteria in minutes, along with nanoparticles that selectively target certain bacteria.

The public has a role in prevention, too. Practice good hygiene. Demand healthier food practices. Avoid antibiotic overuse and get vaccinated. “Everyone can be their own best advocate,” Nanda says. “Help create a culture of accountability and awareness.” 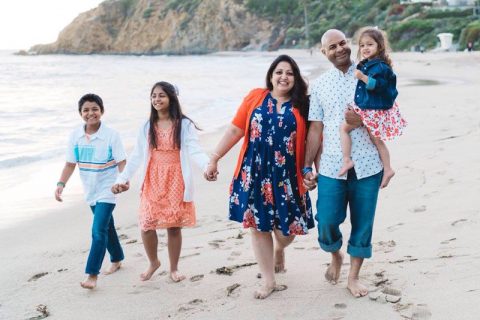 Patient Ryan D’Cunha was devastated when he learned a genetic mutation resulted in colon cancer. But he found hope at USC. 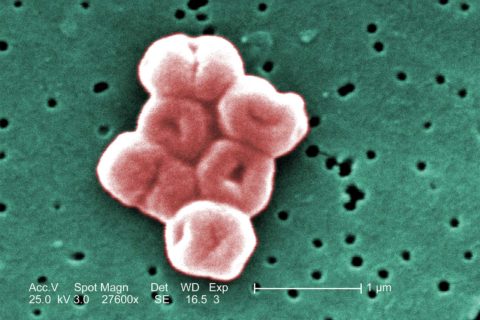 Through a new screening method, USC researchers have found that the antibiotic rifabutin is effective against life-threatening Acinetobacter baumannii. 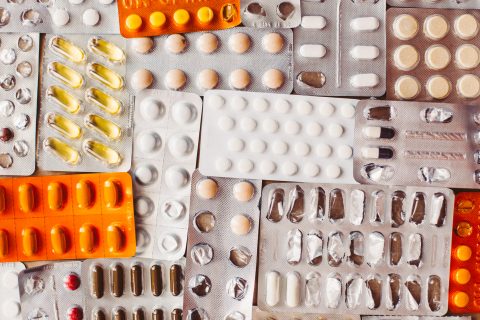 Findings indicate that low-cost interventions could continue to work if adopted long term.