The Los Angeles Memorial Coliseum: It’s where Zola Budd famously collided with U.S. track and field’s Olympic golden girl, Mary Decker, and where Pope John Paul II held open-air mass for tens of thousands. And this fall the Los Angeles Rams, the city’s prodigal NFL son, will return to the landmark, at least temporarily. But only the Trojans can call the Coliseum their longtime home, with decades’ worth of historic football games played against archrivals UCLA and Notre Dame (like the win over the then-undefeated Fighting Irish in 1938, inset).

Now with the facility marking its 93rd year and a lease agreement in place through 2111, USC plans a major renovation to update everything from plumbing to signage. Work is slated to start after the 2017 season and finish in time for the 2019 home opener.

Do you have a special moment from your life—whether it’s a marriage proposal or first football game—that happened at the Coliseum? Send your memories to magazines@usc.edu and we’ll include our favorites in a future issue. 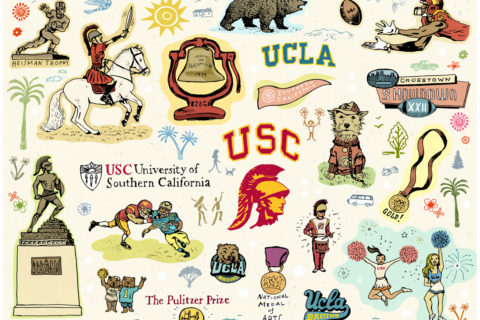