Reunion Weekend Brings Back Memories – and New Connections – for Alumni

In the wake of Reunion Weekend, two Trojans share their memories of USC.

Forty years separate Michael Paulin ’63 and Jason Scott ’03, but their life stories share a common thread: USC. Like thousands of their fellow Trojans, Paulin and Scott reunited with old friends during Reunion Weekend in November. Here’s why two members of the Trojan Family came back—and how they stay connected to the USC experience. 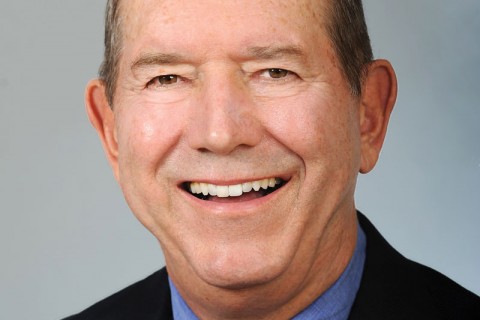 It was the early 1960s, and politics was a hot topic at USC. Michael Paulin was talking with a few fraternity brothers and friends about the changes they wanted to see on campus. They didn’t think any of their group would be a good candidate for student body president—but another friend would. So they proposed his candidacy and spearheaded his campaign.

“We ran it like we thought people would run a campaign for president of the United States,” Paulin says. “And we won.”

Five decades later, those USC friends, who had dubbed themselves Trojans for Representative Government, came together at Reunion Weekend 2013. Besides taking in lots of official events, they held their own private dinner on campus to celebrate the real victory of their campaign: friendships and Trojan Family connections that have endured for 50 years.

After college, many in the group scattered. Paulin went into the hospitality business and moved to Hawaii. But the Trojans for Representative Government never lost touch.

“We wrote each other letters for years and years, and sometimes we spoke on the phone,” says Paulin.

Through calls and letters and now email, Paulin kept track of any developments, good and bad, in the lives of his Trojan friends. So when they see each other in person— at weddings or other USC events—they don’t spend much time catching up. They get straight to the business of enjoying the company of old friends.

“We just talk and laugh when we get together,” he says.

Distance not only failed to erase his friendships—it’s also no barrier to his relationship with USC. A former member of the crew team, Paulin regularly visits with four other former crew members who made Honolulu their home after college.

His group even held a few unofficial reunions in Hawaii in the intervening 50 years, with Paulin arranging to put up his classmates in the hotels he owned at the bargain-basement price of $63 a night. One year he also arranged for the Trojan Marching Band to show up and play some early morning tunes for the guests.

But it was his daughter, he says, who really rekindled his interest in the university. “When my daughter went to USC, I went to Homecoming those years, and it really brought me back into the Trojan Family,” says Paulin, whose daughter be came the 17th member of his family to attend USC.

Since then, Paulin has attended five Homecoming football games and returned for several fraternity reunions, including one to dedicate a new house for his fraternity, Kappa Alpha. He also served on the Class of 1963’s reunion committee.

“USC will always feel like going home to me,” he says. 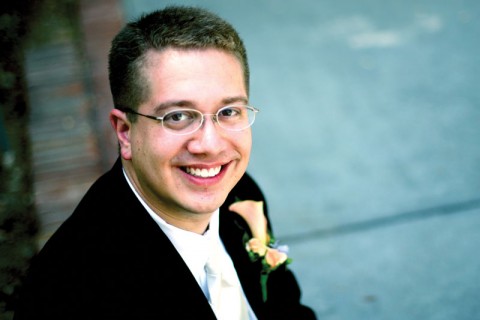 Jason Scott was raised in a home of USC football fans; his paternal grandfather grew up near campusand encouraged his children to root for the Trojans. But Scott’s inspiration to become a Trojan didn’t come from anyone in his immediate family.

It came from George Lucas.

It didn’t take long for Scott to get his Hollywood start. He remembers coming home from class one day and finding a note from a neighbor in the dorm that read: “Would you like to work on a Spielberg movie this weekend?”

“That was my first movie, and the guy who wrote that note is working in films as an editor,” Scott says.

In the decade since graduating, Scott has lived his childhood dream of working in visual effects for film at companies including DreamWorks, where he worked on films such as Madagascar andShrek the Third, and El Segundo, Calif.-based Rhythm & Hues, where he currently works and which won an Academy Award for Life of Pi in 2013.

Still, Scott said he was caught by surprise at Reunion Weekend’s dinner gala when USC President C. L. Max Nikias talked about him during a speech about distinguished alumni.

“I heard the president say my name and he asked me to stand, but I just sat there thinking he couldn’t have said my name,” Scott says. “That was a really special moment for me to be recognized by him, and at an event like that.”

Certainly, Scott has worked to get to where he is, but he acknowledges that USC played a role in his success. Starting with the note on his door, his career has benefited from the education and the friends he’s made as a Trojan.

“Every job I have had has come through a USC connection,” he says. “And just as people have gotten work for me, I get work for my classmates too.”

Scott has helped USC and remained connected to the university by serving on his class reunion committee and by teaching non-degree-granting classes on occasion, as well as serving on panels. Looking back, he’s pretty happy with the decision he made after getting that letter from George Lucas many years ago.

“USC was a great choice for me,” Scott says.

If you have questions or comments on this article, write to us. 

What’s up with the Reunion Weekend?

Trojan alumni get together with old friends and make new ones at Reunion Weekend. 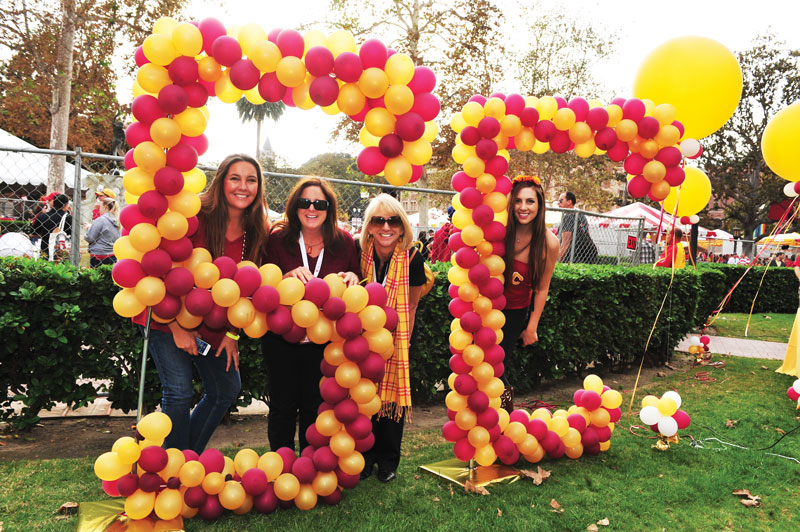 Friends old and new get together at tailgates before USC’s victory over Stanford.

Reunion Weekend Brings Back Memories - and New Connections - for Alumni