For the Love of Dance

It’s no wonder people are always asking Glorya Kaufman, patron of the USC Kaufman School of Dance, if she feels proud when she steps through the building’s doors. Yet she often shakes her head no.

“What I feel,” Kaufman says, “is love.” In the hallways and studios of USC’s sixth and newest independent art school, dancers stop in midstep to greet the school’s most visible patron—known by many as the “dancing philanthropist”—warmly, and often with hugs.

“We think of Mrs. K as a mother figure,” says Madison Vomastek, a junior in the school’s Bachelor of Fine Arts program. “She comes to everything and is always open and interested in what we’re doing.”

Dance opens up the world. Art lets us communicate in a way that breaks through barriers.

The affection is mutual. Kaufman calls the school’s students her “kids” and takes personal interest in their successes and setbacks. She often attends their performances, and in a quest to share their mutual passion for the art, she has shaped what students learn and how they learn it.

Vomastek remembers particularly well how Kaufman encouraged her when a back injury sidelined her from performing last year: “She told me to rest up and I’d be back dancing in no time.”

Dance is Kaufman’s lifelong love. Before she could even walk, she says, she would stand on her father’s toes as he moved to music. Later, when she was old enough to date, her criteria for considering a second date with a young man included how well he danced on their first.

Today, she makes dance her philanthropic focus. A native of Detroit who now resides in Los Angeles, she supports the arts through the Glorya Kaufman Dance Foundation. Her donations benefit world-renowned dance and art programs and nurture children through dance at community organizations such as L.A.’s Inner-City Arts, Covenant House California and the Mar Vista Family Center. She also supports health and education initiatives.

“I invest in things that bring me and others joy,” she says.

Dance offers her joy on two fronts: the satisfaction of helping young artists like Vomastek achieve their dreams, as well as the pleasure of enabling audience members to forget their worries, at least for a few hours, while absorbed in a performance.

“Dance opens up the world,” she says. “Art lets us communicate in a way that breaks through barriers.”

Los Angeles once had no true home for dance, Kaufman wrote in her autobiography, Gloryous Dance Affair.

She made it her mission to build that new home on the University Park Campus.

The USC Glorya Kaufman School of Dance is the first new, endowed school established at USC in nearly 40 years. The school welcomed the first class in its BFA program in 2015. With the school now entering

Her gift underpins an endowment that school leaders can use to recruit top faculty and support some of the world’s top dance students through scholarships. Students in other USC schools also may minor in dance or take elective classes through USC Kaufman.

This open access was critical to Kaufman, a life member of the USC Board of Trustees, who believes in the transformative power of dance. She speaks often about the importance of the arts to  higher education, emotional healing and physical health.

“Every aspect of the human condition is affected by the arts,” she says. Kaufman prefers not to discuss the amount of her 2012 gift to USC, one of the largest in the history of American dance.

“I don’t want people focusing on a price tag,” she says. “I want them to think about what my gift will do for the students who will have wonderful opportunities because of it.”

Opportunities abound for dancers at USC’s new state-of-the-art dance center, perched on the northern side of the University Park Campus. Opened in 2016, it sits directly across Jefferson Boulevard from the main entrance of USC Village, the university’s new residential-retail complex that opened in August. It matches the complex’s look through its Collegiate Gothic architectural style. The light-filled building boasts five dance studios, a convertible performance studio and a training and fitness zone.

Inside the Kaufman International Dance Center, Kaufman’s influence is everywhere. The Art Deco-style chandeliers lighting the foyer come from Kaufman’s collection. An oil portrait of the school benefactor, posing in a green evening gown with her dog Troy, hangs in the stairwell. The building’s interior color palette of ruby red and amethyst was chosen by Kaufman.

Crucial to her vision is the building’s free and open interior.

“I wanted there to be no physical barriers to what the students could do in this space,” Kaufman says.

During the building’s construction, she scheduled regular walk-throughs to check on progress. She learned the importance of attention to detail—and a familiarity with construction sites—from her late husband, Donald Kaufman, who co-founded the home-building company now called KB Home. His death in a small plane crash in 1984 shattered life as she knew it, and, as she characterizes it, forced her to take a long, hard look at herself. Out of that self-reflection came her focus on philanthropy and on her first love: dance.

Robert Cutietta, dean of the USC Thornton School of Music and USC Kaufman, describes Kaufman’s influence on the school and its building as profound and focused.

“USC would not have a dance school without her gift,” he says. “We existed for over 130 years without a dance school, then suddenly because of her gift we were able to create one in five.”

While her preferences shaped the building’s interior, Kaufman also respected the input of her academic and dance counterparts, Cutietta and Jodie Gates, the dance school’s director and vice dean.

Working with Kaufman, Cutietta says, has been a “dream relationship.” The trio worked on a collective vision for the school. Among Cutietta and Gates’ first acts was to hire pioneering choreographer William Forsythe as a faculty member and artistic adviser for the school’s Choreographic Institute. Forsythe spends several weeks on campus each fall and spring. 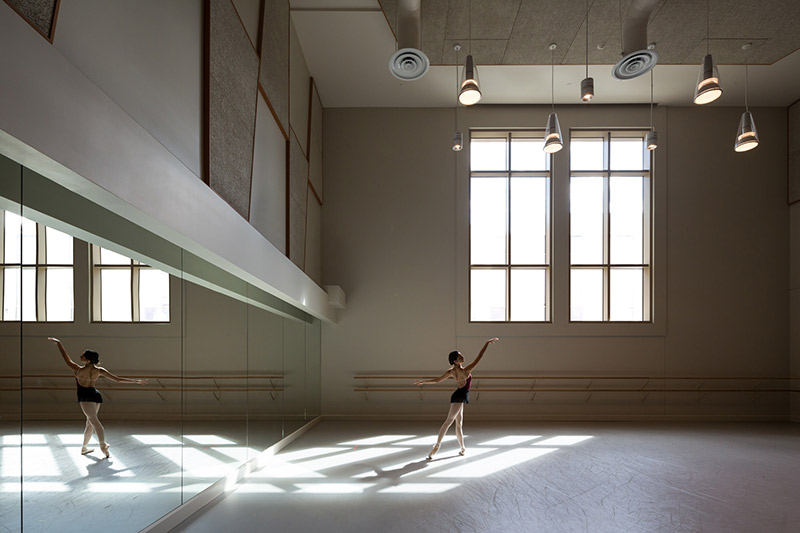 The school’s innovative curriculum, dubbed The New Movement, aims to groom the next generation of hybrid artists who are fluent in the techniques of ballet and modern dance, as well as hip-hop, dance management, dance for camera and digital media. The goal of Gates and Forsythe is to change the way dance is taught, emphasizing scholarly studies, work with new media and entrepreneurship.

For junior Vomastek, the school’s diverse coursework has already broadened her ambitions as a professional dancer.

“I’ve realized ballet is not all I want to do now,” she says, citing interests in choreography and film.

Gates sees how Kaufman’s gift and her focus on the student experience are changing dancers’ lives, one by one.

“She’s made a home for their ambitions, one that speaks directly to this generation and beyond,” Gates says. It’s a legacy with lasting, far-reaching and transformative effects on American dance.

Fittingly, transformation is part of the joy of giving for Kaufman. 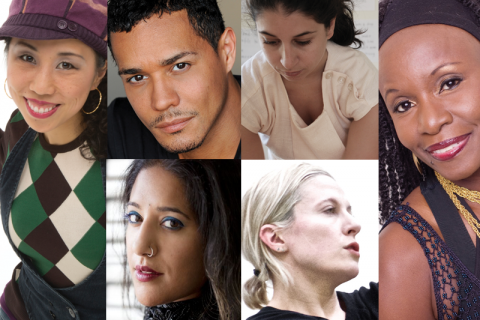 Bollywood? Afro-Cuban? Students can dive into these dance forms, and more. 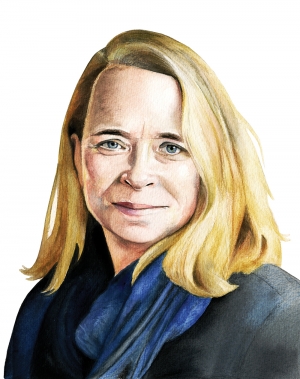 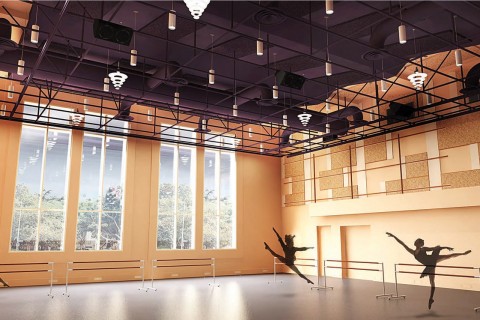