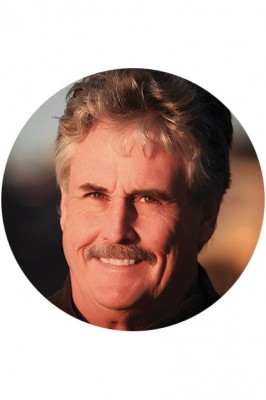 Last December, Peter Read Miller ’69 was honored by the Los Angeles City Council for an “unparalleled and distinguished achievement”: his 50th anniversary photographing USC football. As a Sports Illustrated photographer for 30 years, Miller has been behind the lens for some of the magazine’s most iconic covers. USC Trojan Family Magazine caught up with Miller—who still shoots NFL and occasionally NCAA games in addition to teaching sports photography workshops—to talk about a half century of shooting on the sidelines.

How did you first get started?

I got into college very young. I was 16 as a USC freshman, and I had been doing photography in high school for the yearbook and paper. I went to the El Rodeo office and said, “Can I shoot for you? I like sports stuff.” They finally got me press credentials and my first assignment was for the 1964 USC-UCLA game at the Coliseum. In the mid-70s I started to shoot NFL games, and in 1977 I joined Sports Illustrated. But on weekends when I wasn’t busy, I’d always go over and shoot USC home games. 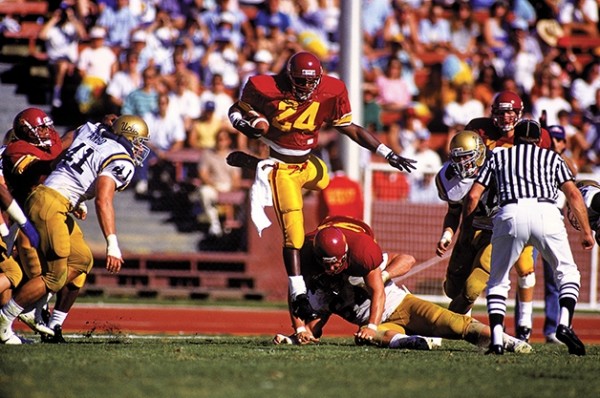 The warm Southern California light makes for a beautiful shot at the L.A. Coliseum during the 1989 USC-UCLA game. Photo by Peter Read Miller.

How has the photography changed in 50 years?

It does not feel like 50 years! I do miss the look and feel of film from time to time. I’ve been recently scanning some of my old transparencies and that’s been a lot of fun. At the same time, cameras and lens these days are amazing. You get shots you couldn’t do 30 years ago. 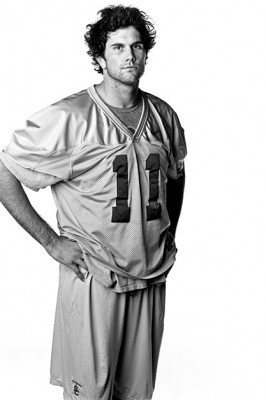 My father was worried about me playing, so I never played it in high school, but I always had a passion for the game. Crew was the only sport I could compete on the varsity level—we didn’t win a lot races, but it was good fun. Football has always been such a big thing at USC, so it came to be one of my strengths and I still enjoy it to this day.

I do a lot of different photogaphy as well. I loved shooting the Olympics, and I’ve shot a lot of Lakers and college basketball games. I’ve also really enjoyed shooting a lot of portraiture of players for USC and Sports Illustrated, which is great fun too.

What makes shooting at the Coliseum so special?

The Coliseum is situated east-west, so it gets beautiful sunlight down the field. When you get in there before daylight savings time, with a nice 2 p.m. start time, you’ll get incredible, wonderful, warm sunlight pouring over an athlete coming into the end zone. Normally, helmets cast a shadow so when East Coast photographers come, they all say, “You guys have the light.”

Click here to see more of Miller’s work or learn about his photography workshops. 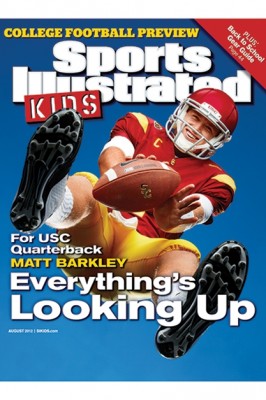 Miller shot from below a plexiglass sheet for this 2012 Sports Illustrated for Kids cover of Matt Barkley. Photo by Peter Read Miller. 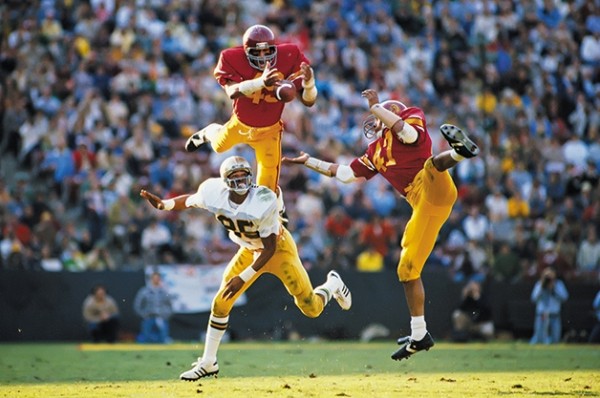 Defensive backs Dennis Smith and Joey Browner break up a pass against Notre Dame in 1980. Photo by Peter Read Miller. 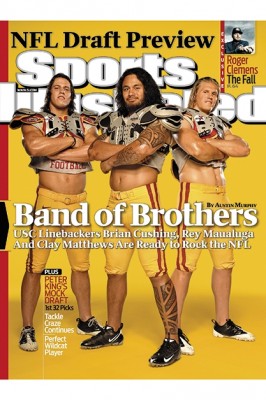 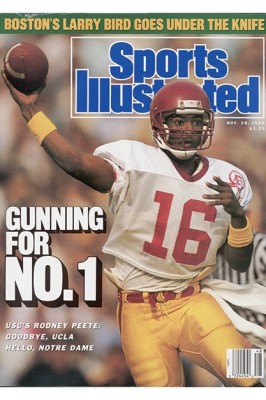 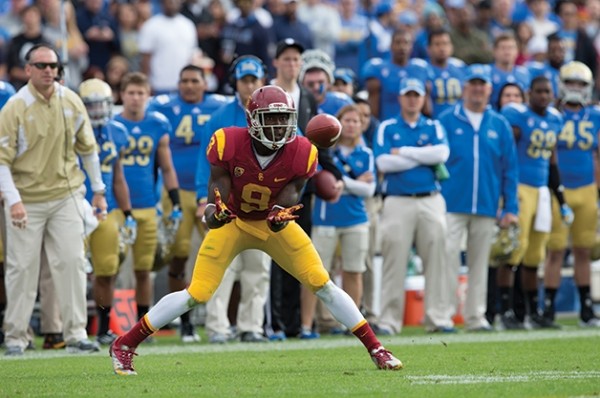 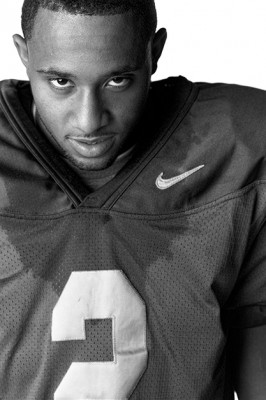 Miller set up a makeshift studio between the practice field and Heritage Hall to capture players, including Steve Smith, in November 2005. Photo by Peter Read Miller. 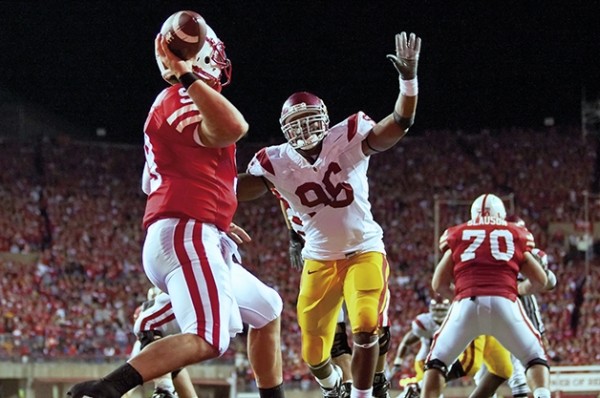 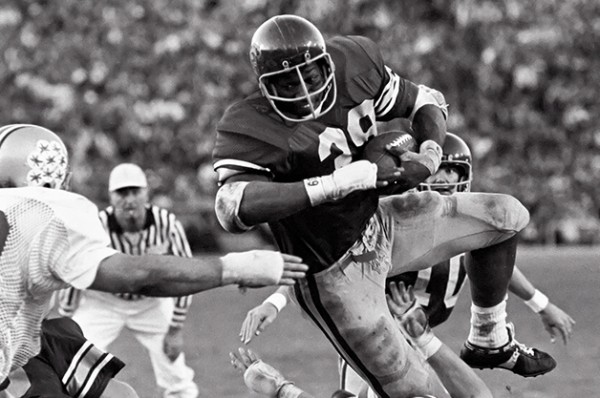 Sam Cunningham at the 1973 Rose Bowl, where he scored 4 touchdowns in the game—a Rose Bowl record. Photo by Peter Read Miller. 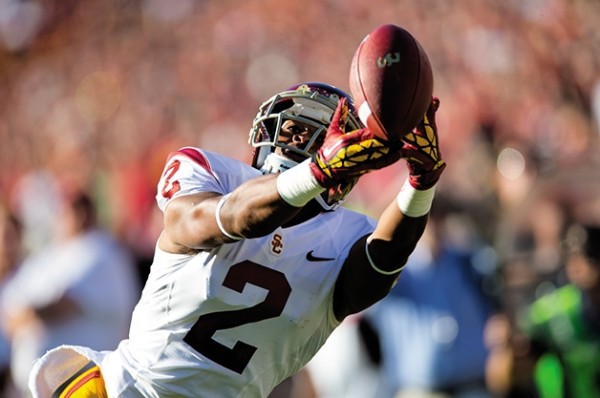 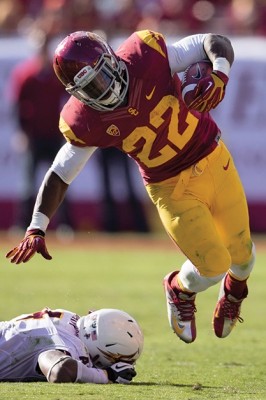 Curtis McNeal leaps past an Arizona State player at the L.A. Coliseum in November 2012. Photo by Peter Read Miller. 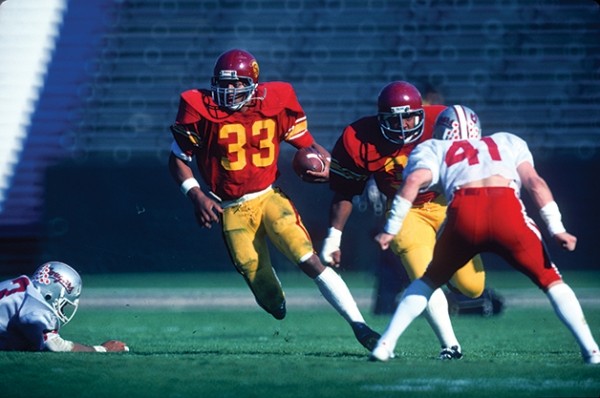 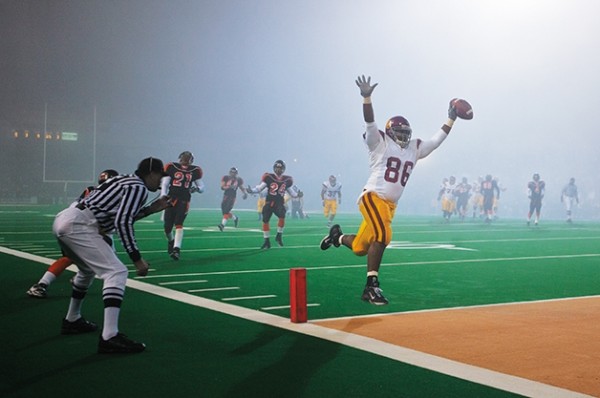