Every day feels a bit like a Trojan reunion for architect Andrea Cohen Gehring ’85. She’s married to G. Michael Gehring ’81, a fellow USC School of Architecture graduate. She works at DLR Group, an architecture firm founded by her USC mentors Chet Widom ’62 and George Wein ’62. And the project that occupies much of her time these days is the Los Angeles Memorial Coliseum renovation. Both of Gehring’s daughters study at USC. Their majors: architecture, naturally.

“There are so many connections,” Andrea Gehring muses. The child of a furniture upholsterer from Mar del Plata, Argentina, she graduated from North Hollywood High School and attended the USC School of Architecture on scholarship, finishing at the top of her class. Today, she’s a senior principal and California region higher education sector leader with DLR Group. 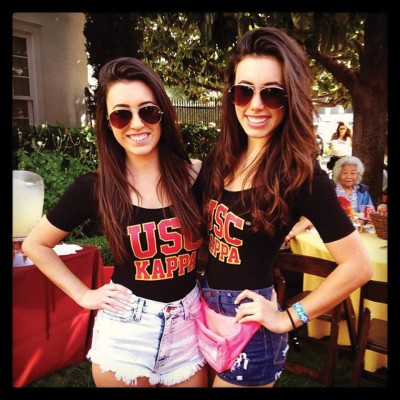 For Gehring, the Coliseum renovation follows other high-profile USC projects. Her first was the 1990 seismic retrofit of the Bovard Administration Building, including redesigning the president’s office. Other USC assignments followed, among them a major overhaul of the Norris Dental Science Center, concept designs for the Parkside Residential Colleges, the 2013 reconfiguration of Heritage Hall and an upgrade of the David X. Marks Tennis Stadium now underway.

A member of the USC Architecture Guild, Gehring takes pride in being a Trojan role model for architects. “As a woman, having raised two daughters, having a full family life and professional life, I’m quite unique,” she says. “So I do a lot of mentoring.” A fellow of the prestigious American Institute of Architects (AIA), Gehring has served as president of the AIA/Los Angeles chapter.

Husband Mike Gehring, a longtime USC Architectural Guild board member and 2004-2005 guild president, is a principal and CEO of KGM, an international leader in the architectural lighting design industry. Their daughters Sandra, 21, and Laura, 20, are both students in USC’s rigorous five-year bachelor of architecture program.

In November, Andrea Gehring returned to USC to celebrate her 30th reunion, which she helped organize as a volunteer committee member. As an architect, she was jubilant during a campus tour with old friends. “Not only does the entire campus have a really strong master plan to create a pedestrian-focused environment,” she says, “but all these new buildings create a cohesive architectural language.”