People don’t usually walk out while Alison Dundes Renteln gives her lectures. But this time, the USC Dornsife political science and anthropology professor faced an exodus.

Why? A herd of elephants had moseyed in for a listen and her students rushed to take photographs.

“I’ve never been upstaged by anything like that,” Renteln laughs. The “classroom” was Thornybush, a private game preserve in South Africa. And no, this wasn’t a study abroad program. It was part of Trojan Travel, USC Alumni Association’s travel program. 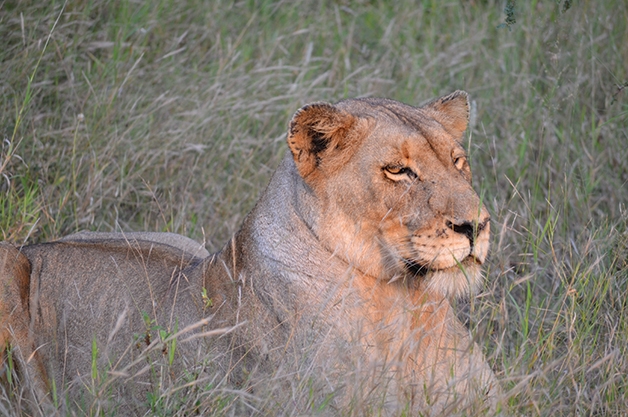 ROAR: Travelers to South Africa have seen their share of lions and other fauna in the Thornybush Game Preserve. Photo by Paul Renteln

Brazil. Croatia. Tibet. Cuba. Trojan Travel spans the globe, hosting as many as 45 trips per year. The one thing the trips have in common is an itinerary that goes beyond typical tour stops. “As a university, we can pair professors with specialties to the trips, which adds an extra element,” says Linda J. Ball ’83, associate director of Trojan Travel.

Rick Jewell PhD ’78 is a tour veteran. “The two or three lectures I give on each trip are shaped by the locations we visit,” explains Jewell, a professor at the USC School of Cinematic Arts. He once gave a talk on the Seine River in France about Jean Renoir, film director and son of Impressionist painter Pierre-Auguste Renoir. Professors like Jewell serve as faculty hosts on the tours, giving travelers deeper insight into local culture.

With more than 10 trips under their belts, travelers Tom Givvin ’66 and his wife, Linda Givvin ’70, remember getting a close look at American history on Mississippi paddle wheelers and a luxury rail line. “The train trip focused on Civil War sites from Washington, D.C., to New Orleans,” Tom Givvin says. 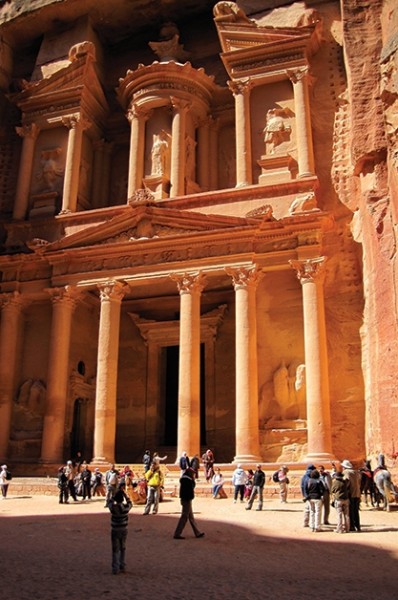 CARVED IN STONE: The ancient city of Petra in Jordan was an important crossroads linking Arabia, Syria/Phoenicia and Egypt. Photo by Alison Dundes Renteln

There’s also the opportunity to meet global alums. On a trip to Jordan, a former student of Renteln’s provided some off-the-itinerary surprises for the USC visitors. “As a political adviser to the king, he arranged a special dinner with leading political figures and a tour of Parliament,” Renteln says.

And of course, another benefit is getting to know fellow Trojan traveling companions. “We have something in common with the other travelers, not the least of which is being part of the Trojan Family,” says Pat Koehler ’57, who travels with husband Dan Koehler ’65. “The camaraderie and bonding have led to lasting friendships.”

For Jewell, learning goes both ways. “The alums live interesting lives and have a lot to say,” he says. “Interacting and learning from them is a special delight.” 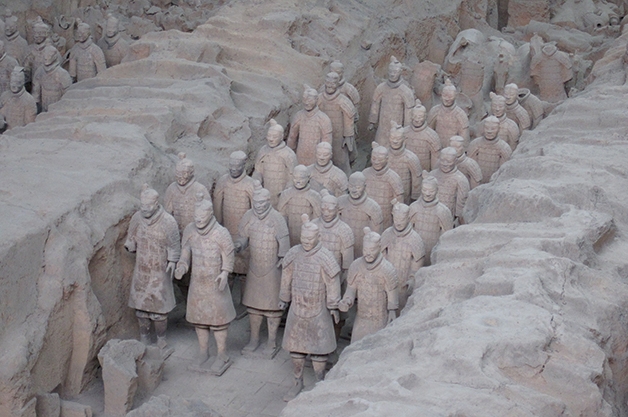 SOLDIER ON: Terracotta soliders in Xi’an, China, draw tourists from around the world. Photo by Paul Renteln