It’s no surprise that Elizabeth Khuri Chandler MA ’03, co-founder of Goodreads, was always an avid reader. “My mom taught me to read with flashcards when I was 2,” Chandler says. “I still remember the first time I went to the library when I was 5. They said I could take anything I wanted, and I remember thinking, Oh my God … this is an amazing place.” 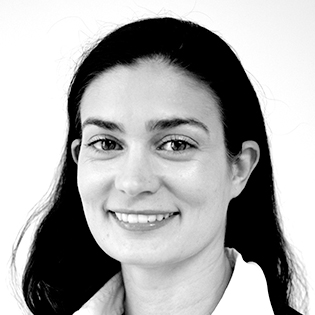 She captured that excitement of discovery—shared the world over by millions of booklovers—through Goodreads, an online community that enables people to find, recommend and talk about books. Since the community launched in 2007, it has amassed more than 40 million members and more than a billion books catalogued. Users review about a million books every month.

Chandler grew up in Palo Alto, the daughter of two educators (her father a professor at Stanford University and her mother a teacher). She studied English at Stanford and took internships at the Paris fashion house Chloé and the Associated Press in Rome, which stoked her interest in arts journalism. Her next step was setting her sights on the print journalism master’s program at the USC Annenberg School for Communication and Journalism.

“I ended up making a lifelong mentor with Cinny Kennard,” now executive director of the Annenberg Foundation, Chandler says of her time at USC. “And I took an amazing investigative journalism class with [Los Angeles Times reporters] Matt Lait and Scott Glover. It was really about cutting through bureaucracy—and I think that’s also a great life skill, actually.”

After USC, Chandler heard about a job at the Times through the USC Annenberg alumni network. The newspaper hired her as assistant style editor for its Sunday magazine, where, for three years, she covered fashion and planned quarterly issues.

She also rekindled an earlier relationship with Stanford classmate Otis Chandler—grandson of the Otis Chandler who was once publisher of the Times—who was developing an idea for a new social network. He conceived the idea of an online community for readers, and she soon became his sounding board and collaborator.

“We went on our honeymoon with a suitcase of books,” she laughs. (They married in 2008.) “Goodreads was his idea, but he enjoyed making it something I would want to use. There was a lot of collaboration, and I really went through the site language with a fine-toothed comb, because language is something I’m thinking about all the time.” Leveraging her experience as a journalist, Chandler handled Goodreads’ public relations, branding and marketing for the first five years.

In 2012, Goodreads moved its headquarters to San Francisco, where the Chandlers oversee a staff of 140. The site and mobile app allow members to write reviews, track books they’ve read or want to read, and connect with other readers and authors. Amazon recognized the power of the service and purchased the company in 2013. Today, Elizabeth Khuri Chandler continues in her post as Goodreads’ editor-in-chief and writes occasionally about arts for other publications.

Her time at USC Annenberg and as a journalist helped make Goodreads a site that the literary community, in particular, can take pride in using, she says. “These are people who care about language and care about reading, so we have to hold up our end of the bargain.”

Niki Kawakami – "Us being here today, it’s a very reflective time. I used to share a lot of stories and I think that’s something that should be emphasized more, that connecting with your history, learning from the lessons and seeing how you can be better." (Photo/Damon Casarez) LGBTQ+ voice actor animation