These alumni pursued an education—and later, careers—sparked by their interests.

It isn’t always easy balancing your personal interests with your career, but Trojans have a way of blazing their own trails. “In many ways, USC provides an education into what will become your personal passions,” says Katelynn Whitaker ’12, who graduated from the USC Annenberg School for Communication and Journalism. She and fellow young alumni have carved non-traditional paths after graduation, applying plenty of initiative and determination to make their mark. Here are three who have done just that. 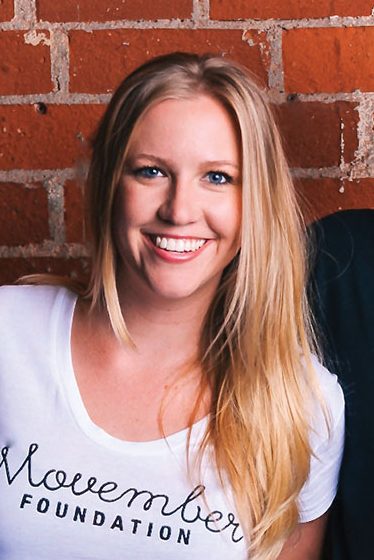 A love for USC was instilled early on for this third-generation Trojan, whose family includes grandfather John O. Whitaker DDS ’48 and father John F. Whitaker DDS ’77. At her grandfather’s funeral, loved ones donned cardinal and gold, and his casket was emblazoned with an image of Tommy Trojan and the words “Fight On, John!”

The Manhattan Beach, California, native chose USC Annenberg, pursuing a journalism major and marketing minor. Though the media industry was undergoing a transition, Whitaker says, “I believed there was a future for journalism,whether in print or online, and felt a call to tell great stories.”

After an internship at the Movember Foundation, she became the organization’s head of marketing. Whitaker describes this turn of events as serendipitous. “The Movember job came during this great turning point when companies were realizing storytelling mattered for their brands,” she says. “As with a lot of millennials, I’ve grown to realize basing my career on a personal passion makes work easier and life more fulfilling.” Movember Foundation, a global men’s health charity, has raised more than $750 million for prostate and testicular cancer research, mental health programs and suicide prevention. Its signature event each November challenges men to grow a mustache to raise awareness and funds for men’s health. “The health and well-being lens shines a light on how important it is to have hands-on partners and strong family connections,” she says.

Fostering connections is something Whitaker knows well. As a student, she was a member of Delta Gamma, worked at the Los Angeles Institute for the Humanities and was a sports photographer for the Daily Trojan. Today, she’s strengthening ties as president-elect of USC’s Young Alumni Council, where she hopes to continue supporting a shared quality with other Trojans: the desire to do good and help others. 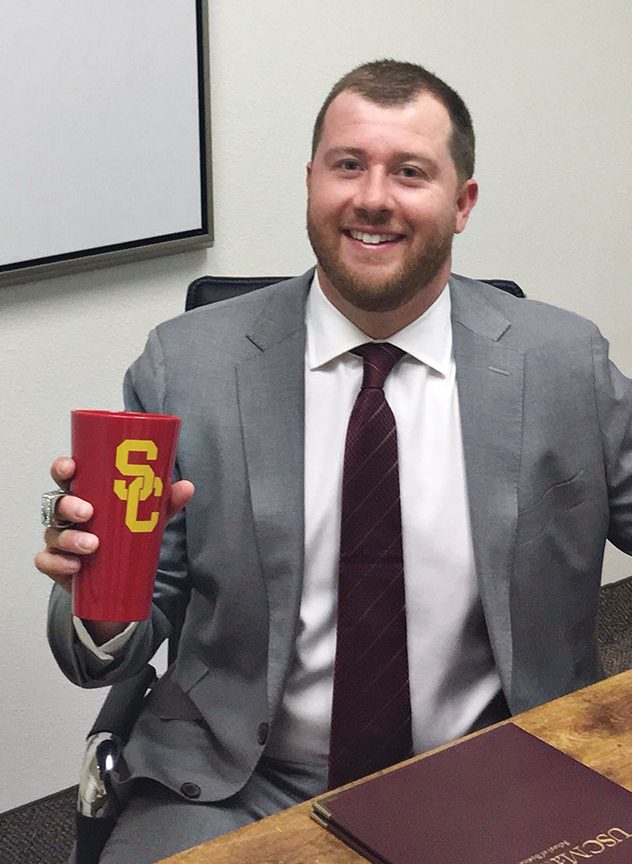 Born in Los Angeles and raised in Las Vegas, Edouard Chaltiel had an unusual job trajectory. “My career path has been non-traditional, having worked on projects that involve wide ranging industries such as tech, real estate and health care,” he says. Of course, business risk-taking also runs in his family. In 1997, Chaltiel’s father launched Redhills Ventures, a seed capital company that primarily invested in health care. Chaltiel worked at Redhills Ventures for five years before leaving to study entrepreneurship and pursue his MBA at the USC Marshall School of Business.

As a student, Chaltiel was president of USC Marshall’s Hospitality and Gaming Club, where he helped organize the club’s annual Vegas Trek, which takes students on hotel tours and networking events in Las Vegas. He and Will Van Noll ’06, MBA ’14 also launched the MBA Hoops Summit, a two-day tournament and networking event for MBA programs across the country.

Chaltiel’s time at USC also inspired Blingware, a business featuring commemorative tumblers. The first license to come onboard was USC.  “While we’ve now grown our total licenses to six, it was pretty special having USC support us from the beginning to help grow the brand,” he says.

Recently Chaltiel founded a new venture capital business, Victoire Ventures. But for him, family comes first. “While I’d love for one of my projects to take off and be super successful, it won’t mean anything to me if I don’t maintain a strong family bond,” he says. Through Victoire Ventures, as well as a USC scholarship fund, Chaltiel pays homage to his late father. “I’m very bullish on the school’s future and proud that USC will carry my father’s legacy for many years to come.” 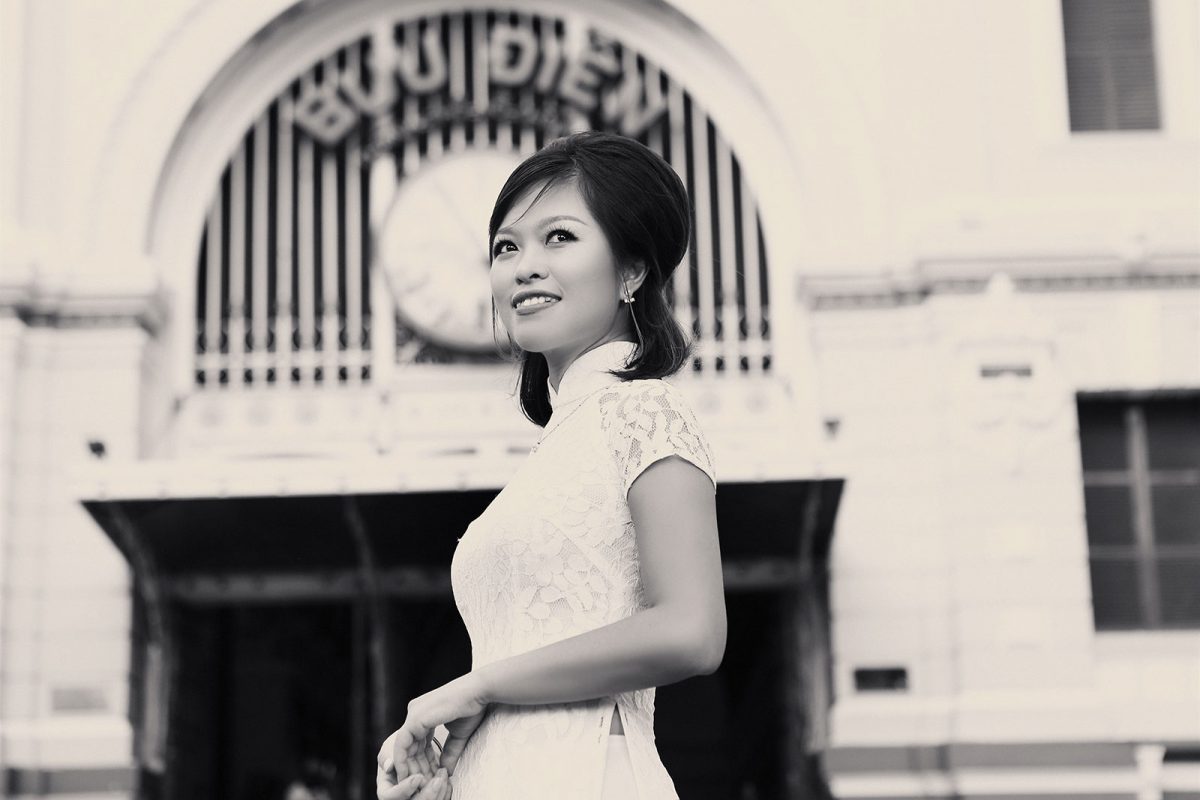 Thuy Truong has always believed in the importance of making the world better for people. Her activities in pursuit of that goal earned her the moniker “Startup Queen” in her native Vietnam.

Truong moved with her family to California at age 17. After two years at Pasadena City College, she transferred to USC and found the campus captivating. “I could envision spending time, studying and growing here,” she remembers thinking. With encouragement from Michael Crowley, a USC Viterbi School of Engineering professor, and Mark Sargeant ’06, MS ’06 a USC Viterbi teaching assistant, Truong majored in computer science. She also held part-time jobs and joined the Society of Women Engineers and the Association for Computing Machinery, where she garnered prizes in three hackathons.

Seeing technology’s potential to impact lives, Truong then launched GreenGar, a mobile app development company. The first Vietnamese woman to have a company accepted into the Silicon Valley accelerator 500 Startups, she was listed in Forbes Vietnam’s Top 50 Most Influential Women in 2017 and named a “Human of the Year” by VICE News.

Truong turned to a new chapter in 2016, when she was diagnosed with lung cancer. Undaunted, she founded the nonprofit Salt Cancer Initiative, which gives cancer patients in Vietnam access to information about treatment and, with that, hope. “We’re helping people living with cancer to connect and share their journeys, rather than face the challenge alone,” she says.