The USC Alzheimer’s Therapeutic Research Institute (ATRI) partnership meeting held in January brought together USC leaders, neuroscientists and visiting researchers to discuss the new institute and the future of Alzheimer’s research. The two-day event marked the first meeting since the institute’s founding in June.

The institute is led by Paul Aisen, professor of neurology at the Keck School of Medicine of USC and one of the country’s leading Alzheimer’s scientists. With 65 researchers and staff members, ATRI focuses on the development of new, effective treatments for Alzheimer’s disease through clinical trials. The institute adds a strong clinical research program to complement the university’s existing strengths in Alzheimer’s disease research. 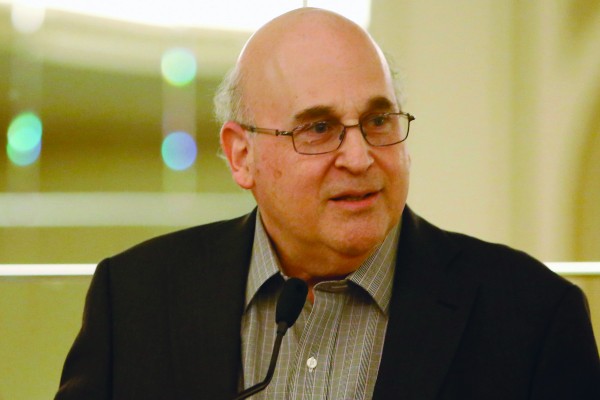 “I am grateful to be working at an institute under the great leadership of USC,” Aisen said. “We have had fantastic support from not just university leaders, but also from staff and faculty and so many other people at USC.”

At the meeting, Aisen was joined by Keck School Dean Carmen A. Puliafito and USC Provost Quick.

USC is committed to Alzheimer’s disease research and building upon its strategic presence in the field of neuroscience, Quick said.

“We are proud to have ATRI as part of USC,” Quick said. “At the end of the day, it’s about making sure the science gets done. We saw an opportunity to attract an amazing group and allow them the freedom to continue the work they do. These scientists will help USC to continue our evolution of supporting great work.”

Alzheimer’s disease is the sixth-leading cause of death in the United States; one in three seniors dies from Alzheimer’s or other dementia, according to the Alzheimer’s Association. Alzheimer’s is the only disease among the top 10 in America that cannot be prevented, cured or slowed.