USC’s SoCal VoCals are back to their winning ways: The Trojan singing group took the national crown at the International Championship of Collegiate A Cappella in New York on Sunday.

Yes, again. But they’re nowhere near tired of the trophies.

Founded in 1996, the SoCal VoCals — USC’s oldest a cappella group — has won the collegiate championship four times in the last seven years. It has also released full-length albums and its members have gone on to musical success, including membership in groups like Pentatonix. 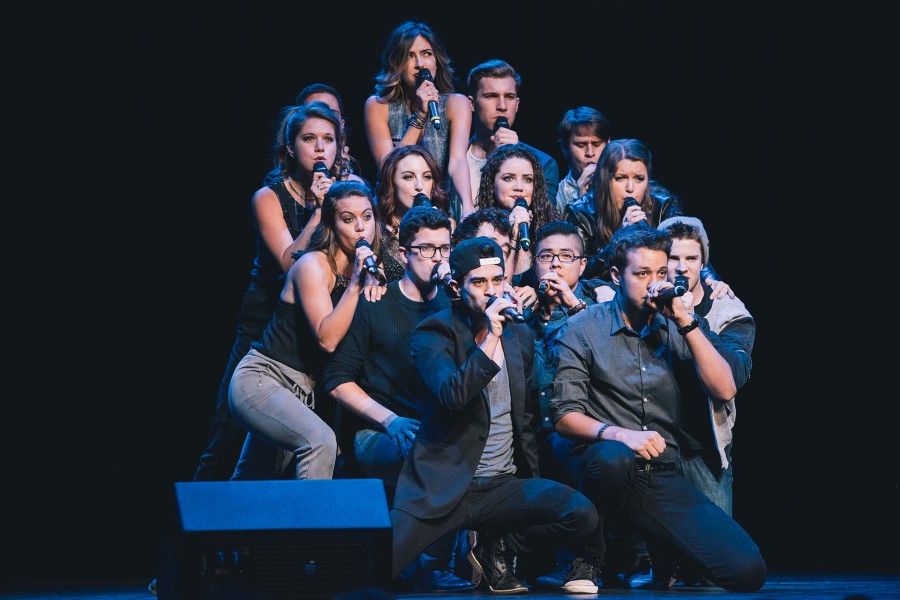 Riding a pop culture wave (think Glee and Pitch Perfect), a cappella groups now have a national stage where they can perform and an eager audience to cheer them on. “I don’t know what changed, but in the past three or four years, suddenly it became this really cool thing to do, when sort of the stereotype for a cappella is nerdy music kids,” SoCal VoCals president Myles Nuzzi told CBS News.

The group used an Indiegogo crowdfunding campaign to finance its trip to the finals. After a series of qualifying rounds earlier this year, the SoCal VoCals bested these teams in New York on April 20:

How did they get their win? Here’s their musical lineup:

Oh, and they recorded a video going into this school year. Check it out.

(And a bonus track, for the a cappella fans out there.)

The Grammy Award-winning artist offered insight and feedback to students in the Popular Music Forum.

David Foster’s no-holds-barred challenges to students underscore what it takes to succeed in popular music.

USC Thornton School of Music sophomore Lily Elise is making her mark on NBC’s The Voice.

From assisting in immigrant courtrooms to singing with the SoCal VoCals, Bubman has grown into himself during his Trojan tenure — and he’s looking forward to saying goodbye to his peers in person.