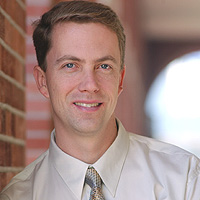 USC professor Gary Painter was first inspired to research this matter when he faced it as a parent.

The advantage of delaying a child’s entry into kindergarten is a myth, according to a new study by researchers at USC and the University of Texas-Austin.

“There is no long-term academic or social advantage for kids who wait a year to enter kindergarten,” said Gary Painter, an associate professor in the USC School of Policy, Planning and Development. “Instead, they are simply a year older as they enter college and the workforce.”

The study, published in the recent issue of Education Evaluation and Policy Analysis, examined a nationally representative 5,556 children, using data from the National Education Longitudinal Survey.

On average, 9 percent of students entering kindergarten are “redshirted” at age 6 when they entered school instead of at 5 or 5�. The term refers to students who begin school a year later than they are allowed.

As a rule, the older students are slightly less likely to repeat a grade in elementary school, but younger kindergarten students are significantly more likely to earn a bachelor’s degree and to earn slightly more in the workforce, according to the study.

Age had no effect socially, nor do older students pursue more extracurricular activities. “Except for varsity football, there is no difference in activity participation for older and younger kids,” Painter said.

The USC professor was first inspired to research this matter when he faced it as a parent.

“As my first child was about to enter kindergarten, I heard a lot from parents and school officials that children with summer birthdays, especially boys, would benefit from having a ‘year to grow’ before they start school,” Painter said. “This could give them an academic advantage and prevent them from falling behind.

“I decided that I would study this and find out if there were any academic differences in the long term,” he said. “But despite the fact that these children were a year older than their comparison group, they did not do any better.”

Past research has shown that there are initial early benefits to redshirting through third grade, the paper indicated.

“Child development theories suggest that children need to reach a certain age to be able to learn in a structured school setting,” Painter said. “If they enter too early, they could fall behind, become disruptive and develop self-esteem issues from their lack of early success.”

But the past research was inconclusive through middle school and nonexistent beyond eighth grade.

“My opinion was that we should care at least about the long-run success as the short-run success of students,” Painter said. “Therefore, we wanted to study how students did in high school and in the transition to college and the workplace.”

School districts should consider the impact of redshirting as well, he said.

“While it may be an attractive option to encourage parents to hold off sending their ‘younger’ kids to kindergarten because the younger children are often a little more difficult to teach the more difficult academic concepts to, perhaps we should structure curriculum to be age appropriate.”

Delaying Kindergarten Has No Benefits