LGBTQ+ History Month honors 31 trailblazing and history-making figures, one for each day of the month of October. The honorees influenced the arts, law, sports, banking and politics, providing educators with an opportunity to talk about issues and events related to the LGBTQ+ experience. 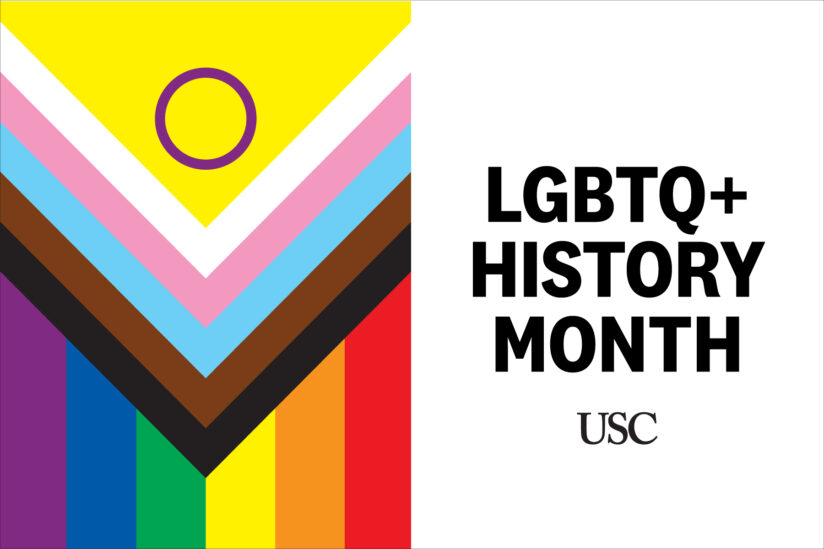 Theodore Burnes, professor of clinical education at the USC Rossier School of Education, has been a practicing mental health worker for over two decades. He earned his undergraduate degree from a small liberal arts college, where the resource center for gay students was a single room in the basement of a building on the edge of campus. Since then, he’s seen and supported a great deal of positive change. While LGBTQ+ groups face new difficulties, Burnes is optimistic, displaying a banner in his office that reads, “The youth are gonna save us.”

If you could choose one thing for everyone to understand during LGBTQ+ History Month, what might it be? 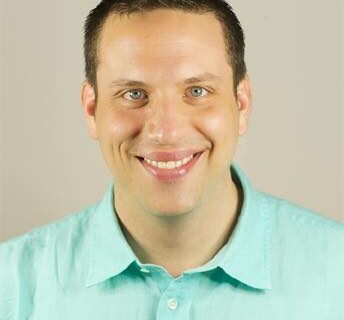 Theodore Burnes has been a practicing mental health worker for over two decades.

“It’s important for folks to recognize real-world history related to the LGBT community. Sex and gender have been diverse for centuries. It’s been white supremacy and religiosity that have erased some of those narratives.

“These days I hear a lot of ‘given that marriage equality has passed, there are so many ways LGBT+ people have it easier.’ That’s making a lot of assumptions. If a queer person is white, male, has a certain body type, then they may have certain privileges. But there are a lot of people of color who are gay-identified who have to worry about being shot by police. You also have people who are transitioning genders who have big challenges in certain states that will not allow them to get the medical care they need.

“There are real challenges for people who are in small, rural, religious communities. Their only link to community and affirmation is the internet. They have to turn off that computer at some point and go back to a world that doesn’t love and accept them.”

Governors, lawmakers and a conservative supermajority on the Supreme Court have threatened to push back advances made over the past half-century. How do you see that playing out in elections?

“The research has highlighted several trends. The political climate around gay rights is one in which individuals will vote by context. Who do they know? What experiences have they had? Most of the psychology literature tells us people are more likely to vote in LGBTQ+-positive ways if they’ve met gay people, worked with gay people, gone to the movies with gay people.

What are the persistent issues for LGBTQ+ students and youth?

“Young queer/gay people are still tracked into certain careers at high school and college. We tell people, ‘You can be whatever you want to be.’ But let’s say someone wants to go into investment banking or science. Those are fields where we don’t always see examples of LGBTQ+ people.”

What changes need to be made in education to better support LGBTQ+ students?

“The curriculum can sometimes be too narrow. Let’s take sex education, for instance, which is often based on certain types of sex, like pregnancy prevention. That doesn’t provide young LGBTQ+ people the education they need to live pleasure-focused, healthy lives. Those students need to be able to ask questions about what their identities mean in practical terms.”

What films do you recommend younger people see to better understand the queer experience?

“I like to think about films like Paris Is Burning, Guess Who’s Coming to Dinner and Memoirs of a Geisha. They play with gender, race and assumptions. Pedro Almoldóvar’s films deal with same-sex attraction and arousal in a realistic way without necessarily labeling them.”

How do you encourage open conversations about gender identity and gay issues?

“Don’t be afraid. As we grow and change and evolve, there will always be a point where we make a mistake. We may use the wrong pronoun. We misprint somebody’s name. We may call someone by the incorrect name. In those moments it’s important to remember that mistakes happen, and we can be compassionately accountable. We correct ourselves and move on.

What drives your optimism?

“There’s a generation of young people who understand equality and access to resources in a way that previous generations did not. There’s an understanding of fluidity, of attraction and of pleasure that we have not seen before. The younger generation knows how to take care of themselves better.”

Gain insight into the LGBTQ experience with these readings

As we celebrate Pride Month, USC Dornsife faculty give their top choices of books and essays written by or featuring members of the LGBTQ community.

After surveying USC students, the center’s leaders adopted a new name that includes the entire community.