Members of the USC community will gather virtually on Monday to commemorate Juneteenth, a celebration marking when the last of enslaved people in United States were liberated.

President Carol L. Folt will join with faculty, staff and students for the event, which is taking place a day after the traditional date because June 19 falls on a Sunday this year. It can be accessed through a Zoom link on the university’s website.

The universitywide commemoration is at noon Monday, June 20. Watch online.

While Juneteenth is a time to celebrate freedom, Manning said, it’s also an opportunity to reflect on the terrible toll of slavery on our country and the continuing fight for racial equality.

Despite President Abraham Lincoln’s Emancipation Proclamation to end slavery in 1863 and the end of the Civil War on April 9, 1865, it wasn’t until June 19, 1865, that Union forces reached Texas to announce and enforce the end of slavery there.

Although Juneteenth has long been a part of American history, interest in the observance increased dramatically following the nationwide protests that erupted in 2020 after the killings of George Floyd, Breonna Taylor and other Black Americans by police. 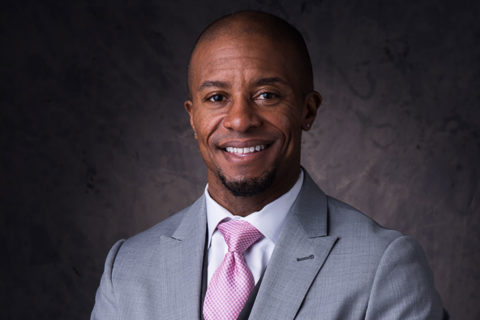 “Whether or not Black Lives Matter [had] happened, Juneteenth happened,” Manning said. “Social unrest, concern about equity: Those are all indications of continued struggle. But those are not reasons to celebrate Juneteenth. The reason is because Juneteenth is illustrative of some of the fundamental problems that we’ve grappled with as a nation. If we want to understand our own history, we have to understand Juneteenth.”

Manning will be joined for a panel discussion by Ricky Bluthenthal, professor of population and public health sciences and associate dean for social justice at the Keck School of Medicine of USC; Miki Turner, associate professor at the USC Annenberg School for Communication and Journalism; and Barbara Solomon, Professor Emerita of social work at the USC Suzanne Dworak-Peck School of Social Work.

Francille Rusan Wilson, an associate professor of American studies and ethnicity, history and gender and sexuality studies at the USC Dornsife College of Letters, Arts and Sciences, will provide historical context on Juneteenth at the event.

The celebration will also include a performance of “Lift Every Voice and Sing” (often referred to as the Black national anthem) and a welcome address from Folt, as well as remarks from Black Staff and Faculty Caucus President Cynthia Brass and USC Senior Vice President for Human Resources Felicia Washington.

More stories about: Diversity Equity and Inclusion, Race and Ethnicity

USC experts remember the events that led up to the violence and protests, and consider more recent violence against Blacks including George Floyd and Eric Garner and fatal confrontations between vigilantes and Black citizens.

The USC School of Dramatic Arts project incorporates uplifting words of Black artists and activists throughout history. Watch the videos.