The demands of being a Division I athlete at a top university like USC are more than most can handle. For the last few months, rower Anastasiia Slivina has been meeting all of those challenges — studying, attending class, practicing, training, competing — on autopilot. With her home country of Ukraine under attack, nothing else seems quite as important.

“People ask how I’m coping with this, and honestly don’t even know,” Slivina said. “And the worst thing is that I would much rather just be there and help my country somehow.” 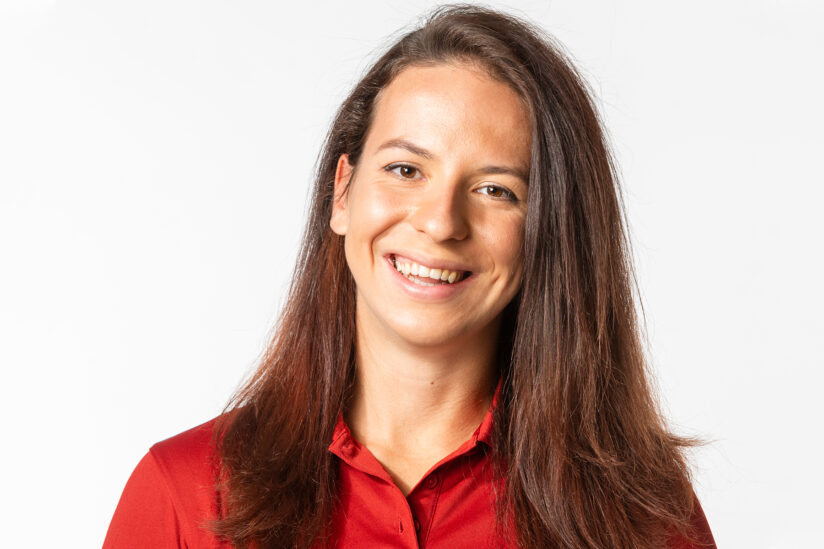 Rower Anastasiia Slivina came to USC in 2019. Although her first season with the Trojans was cut short due to the COVID-19 pandemic, she was able to return home and compete for Ukraine at the 2020 and 2021 European Championships. (Photo/Courtesy of USC Athletics)

On Feb. 24, Russia launched its unprovoked invasion of Ukraine. In the days leading up to the attack, Slivina said she was already on edge. Normally, she’d have a class from 6 to 8 p.m.; on that day, she decided to stay home instead — and then the text messages started rolling in.

“Thank God I was home,” she said. “When I first heard that news, I cried for a long time.”

A family at war in Ukraine

Slivina, who grew up in Kyiv, said her family could not flee the country because her 19-year-old younger brother was required to stay and fight. While the rest of the family stayed at their home in the countryside, her mother, who is a doctor, had to return to work in Kyiv to support them. Slivina said the hospital has become her mother’s wartime home. Her work never stops, and when her mother can sleep, Slivina says she does so in corridors away from windows.

Meanwhile, Slivina is nearly 6,300 miles away, competing for USC and working toward her bachelor’s degree in international relations and social sciences from the USC Dornsife College of Letters, Arts and Sciences.

“That first week was probably the hardest for me because it was very hard for me to socialize and I got overwhelmed really quickly,” Slivina said. “But I kept practicing. … I always tried to keep it cool with my teammates just because I didn’t want to spread my negative energy to them.”

According to her teammates, Slivina brings only positive energy to practice and meets.

“I cannot imagine how I would react in the situation that Stassie is in right now, but her strength and positivity inspire me,” said fellow rower Evita Franckevica. “It doesn’t matter what is happening in her life, Stassie will do her best to make sure that every person around her is happy and is in good spirits. She always strives to be the best person, student, athlete and friend while facing any challenges that come her way head-on.”

Pulling for each other

Slivina came to USC in 2019 after having rowed competitively for a little over two years. Born in St. Petersburg, Russia, and raised in Kyiv, Slivina trained in taekwondo until she was 15. After leaving that sport, she was looking for a new way to compete and took up rowing at the suggestion of her physical education teacher. She quickly excelled and was asked to compete for the more professional clubs in Kyiv, which eventually caught the eye of USC coaches. Her first season with the Trojans was cut short due to the COVID-19 pandemic, but Slivina was able to return home and compete for her country at the 2020 and 2021 European Championships.

I feel like people just don’t understand the scope — it should matter to everybody.

“It’s not just Ukraine has been attacked, but it’s also a war against democracy, and against humanity,” Slivina said. “I feel like people just don’t understand the scope — it should matter to everybody.”

The 15th-ranked Trojan women’s rowing team approach their final stretch of the season, with only the NCAA Championships left to go. Slivina knows this is one of the best rowing seasons she’s had while at USC, but it comes during one of the worst years of her life.

“Stassie is pure grit — some people are gritty, but she truly defines it,” said USC rowing head coach Josh Adam.

Despite carrying a pain that most couldn’t imagine, Slivina is still on those boats with her teammates. She’s still at the workouts, and she’s still in the classroom. Though she doesn’t have an answer for how she’s been able to persevere, she continues to move forward.

“I obviously have some breakdown moments, but I understand myself, and know that’s OK in this situation,” Slivina said. “Ukraine means a lot to me, and I have a very strong spiritual connection to home, my family and the nation.”

The U.S. frequently chooses to put its own interest ahead of its professed values. USC Dornsife’s Jeffrey Fields notes that the approach, called “realpolitik,” may lead to an unsatisfying peace deal in Ukraine.

Why has Russia invaded Ukraine?

USC experts break down the conflict in series of global discussions.

USC experts say the psychological trauma for survivors and refugees will last for decades. They also raise questions about Russia’s alleged war crimes and whether the country is committing genocide.