More than 75 people gathered at the USC Michelson Center for Convergent Bioscience on Tuesday for a grand opening celebration of three state-of-the-art research facilities  — the Core Center of Excellence in Nano Imaging, the John O’Brien Nanofabrication Laboratory and the Dynamic Imaging Science Center. 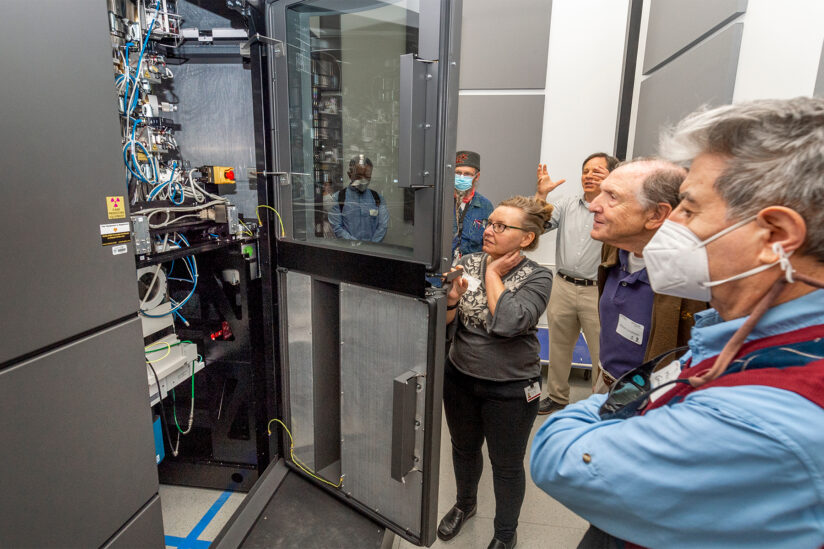 After a presentation about facilities, attendees were given tours of such highlights as the Transmission Electron Microscope inside the Core Center of Excellence in Nano Imaging.

Professor Andrea Armani of the USC Viterbi School of Engineering, director of John O’Brien Nanofabrication Laboratory, said the event was the celebration of an accomplishment that had been in the works for more than a decade. It is named after the USC Viterbi executive vice dean who passed away in 2017.

“It’s always important to celebrate a very long haul victory,” Armani said. “We started conceptualizing the facility in 2009, but it didn’t start to become a reality until an anonymous naming gift in 2017 allowed it to be programmed into the Michelson Center. Because of COVID-19, we haven’t had a chance to get together and celebrate the facility’s opening, which has truly been a catalyst for all the undergrads, graduate students and post-doctoral researchers across USC.”

The USC Michelson Center brings together a diverse network of scientists and engineers from the USC Viterbi, the Keck School of Medicine of USC and the USC Dornsife College of Letters, Arts and Sciences. It provides a multidisciplinary environment to solve problems such as cancer, neurological disease and cardiovascular disease.