During a fraught time for race relations in American history, Christopher Manning would like to set the record straight.

As Black History Month begins, Manning —  USC’s first chief inclusion and diversity officer — points out that there never was a perfectly unified time in American history. 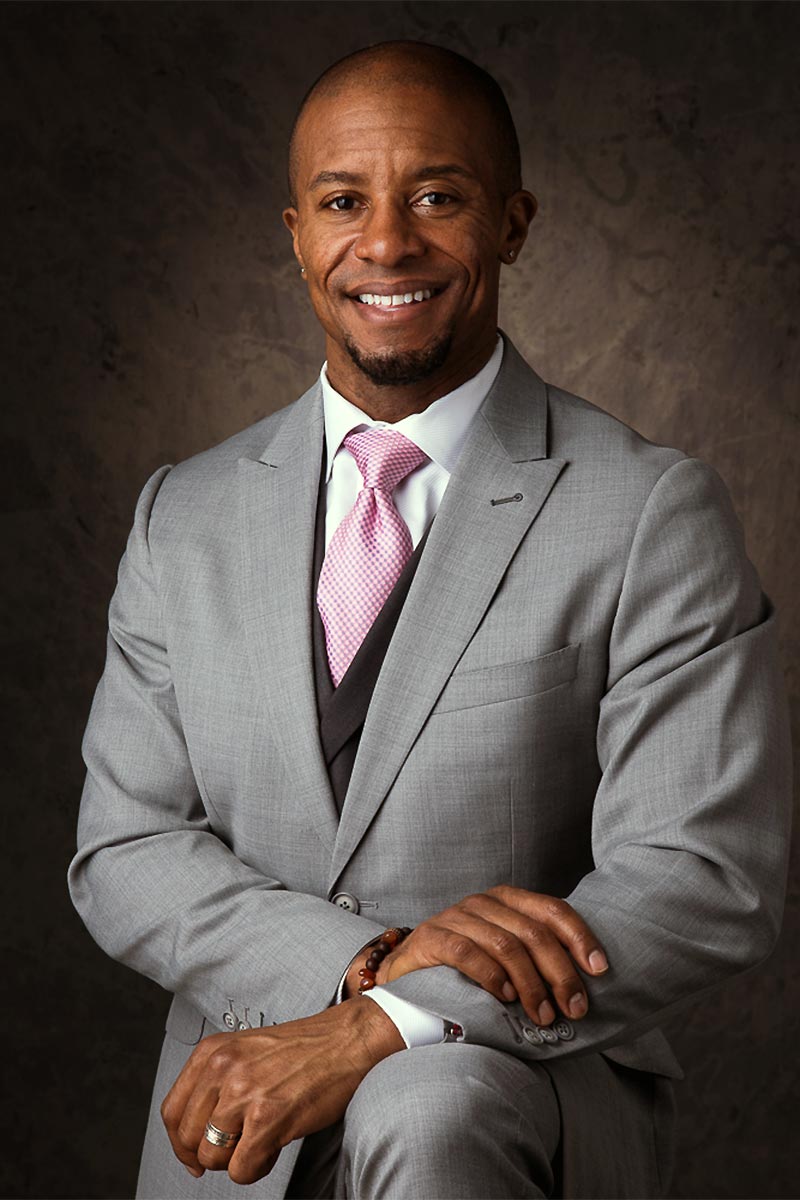 Having taught subjects as Black history, the civil rights movement and 20th-century American history, Manning is now focused on building a framework for strategies and programs that reinforce USC’s commitment to inclusion, diversity, equity and belonging. He sat down with USC News to discuss the 2022 themes for Black History Month.

What are some things that are top of mind for you in the context of this year’s national Black History Month theme – Black Health and Wellness?

When I think about health, the thing that strikes me most is that the COVID pandemic has exposed nationally and repeatedly the vulnerability of African American people – and generally speaking, Black and brown people – within the health care context.

For those of us who are scholars in the field, health disparities are something we’ve known about for a long time. But this is the first time in in my lifetime that this has been a repeated subject of conversation.

See the universitywide calendar of events throughout February.

It provides us a big opportunity to hopefully evolve as a nation and as a people. In a lot of ways, the circumstances of slavery, Jim Crow and continued racism, combined with a lack of access, has put African Americans in a position where we must be super-people. We must set aside our own physical and mental health needs and carry on. My hope is that the exposure of our vulnerability within a context in which everyone is vulnerable provides a space for creating more equitable access to health care.

In other words, there are opportunities to address long-standing problems with our health care system because every community, not just the Black community, is vulnerable to this virus.

Historically, when negative outcomes have been described as having a higher impact on minoritized people, they receive less attention. But when those narratives incorporate the entire population, then that attention grows. As I said, we’ve known for a long time that people who have fewer resources in terms of their socioeconomic background, that people who experience racial oppression, and people who have less access to health care will have worse health outcomes. That’s not a revelation.

The vulnerability that every American feels with regard to COVID means that people who aren’t Black may share a sensibility with African American people that they might not have shared before. Because it’s a shared experience, one would hope that we’re able to leverage the trauma of having gone through this experience together to come out of it and build more access for everyone together.

One would hope that we’re able to leverage the trauma of having gone through this experience together to come out of it and build more access for everyone together.

And one of the times when we saw something like this occur a long time ago, historically speaking, was the Great Depression. That was the first time in American history when, for the most part, all Americans experienced a degree of economic destabilization. One of the things that resulted from the Great Depression was a national assumption of greater responsibility for building a safety net for all Americans.

Another moment of shared vulnerability was the HIV/AIDS epidemic, which was initially seen as something that happened to other people. And once it was realized that AIDS was indiscriminate, a national effort came together to find ways that people could survive HIV infection.

Do the murder of George Floyd and the racial reckoning that followed represent another example of a shared experience that has unified Americans?

When negative phenomena appear to be restricted to minoritized or oppressed people, larger social forces create a narrative that excuses it. Prior to the Great Depression, when poverty appeared to be isolated to new immigrants in cities or rural populations, there were assumptions that poor people’s ethnic and racial background did not allow them to succeed. Early on in the AIDS epidemic, many believed it was a disease associated with gay men, and with Black and brown people.

The video that captured George Floyd’s attempts to plead for his life revealed that assumptions about our values were not being upheld. To be clear, this kind of violence is not new. My mom, who grew up in part in a housing project in Columbus, Ga., in the 1940s, told me stories about two police officers who terrorized that housing project. And my dad, who grew up in segregated Mississippi, told me stories about run-ins with police officers when he was a teenager — moments when he and his friends had to think about how they were going to survive. And this was only a few years after 14-year-old Emmett Till was brutally murdered.

How do these current events that expose the continued legacy of racism, including COVID and the George Floyd murder, influence the work you are doing here at USC?

As a historian, I see COVID and what happened with George Floyd as the latest manifestations of a history of oppression and a lack of access. I’m always playing a long game. I’m typically not thinking that major policy needs to be transformed because of current events because those events are reflective of things that have long been in operation.

When I was a professor in the classroom, my goal was to teach students to understand how people made structures of power.

When I was a professor in the classroom, my goal was to teach students to understand how people made structures of power. By understanding how people made power structures, we enable students to have the agency to break them down. Everything that we assume about race or gender or class; these are all constructs that people decided at some time. There’s nothing essential about them.

And why is that worthwhile? It’s worthwhile because I believe that higher education is the greatest engine of social mobility, social evolution and transformation.

When current events expose racism, homophobia and inequality — whether it’s a shooting in an LGBTQ nightclub in Orlando, or violence against Asian Americans or George Floyd’s killing — I recognize that, as an administrator, we need to think about things to do in the moment to respond to what people are feeling in that moment. These events are constant reminders of how much work I need to do, not about what new work needs to happen.

There is value in being historically informed as an individual and as leaders, to allow for more robust and thoughtful planning. What’s difficult about responding to current events is there’s this sort of frenetic work to get something done in the moment. You feel you have to keep the urgency up. I just wish we could have the urgency to love and care for one another without a crisis.

How do champions of equity do this work in a more sustainable way and avoid burnout?

We need to stop taxing individuals who have goodwill and are trying to do the best they can, because they’re good human beings and they get involved in some difficult event over the course of a year or two, and they burn out.

In thinking about the USC experience, we are building the resources and internal capacity to allow us to constructively deal with both the long-term work that we need to live and grow together as one community that’s USC as well as to address the short-term crises. One role of our office is to guide policy in a direction where we have multiple human resources, including people who understand how to transform communities in times of crisis. We need people who have good training and good support, who can help us have those conversations.

What are some ways that DEI work is transforming the university for the better?

We need to transition away from thinking that there was ever a period of stability in this country. We have this false narrative that there was a period in which there was a kind of homogeneity within the American context and at some point we became more aware of different groups, so now we must do this diversity and inclusion work. Pick any decade that you want, and I will very easily point out to you some significant tensions that were occurring.

What we really need to do now is recognize Americans no longer want to be boxed in by their various labels that are attributed to them from birth. We’re in a period when people want to be able to craft their own identities as Black people, as Latinx people, as LGBTQI people, as women, as men, as people who have disabilities, as people who are first generation or working class like myself, and that we need to learn how to help everyone succeed in that context.

Instead of thinking about the challenging work that needs to be done as a problem that needs to be fixed, we must learn how to harness the more rapidly evolving identities that we have as Americans as an engine for innovation, change and building strong communities. That, I believe, is really what’s going to make us succeed in the 21st century.

Suzanne Nora Johnson elected chair of USC Board of Trustees

The USC alumna is an internationally recognized leader who has served in key roles at major nonprofit and corporate organizations.

The globally respected lawyer has a long record of advocacy in diversity, equity and inclusion.

‘Playing a long game’: How a historian views USC’s commitment to diversity, equity and inclusion