Joyce Richey never needed to learn about Juneteenth from stories in books. She first heard about the holiday through her own family history.

Each generation shares stories about her great-grandmother, who was born into slavery in Georgia and remained enslaved until nearly two years after the practice was abolished in 1862. Juneteenth, observed every year on June 19, celebrates the end of slavery.

“She said her master did not tell his slaves they were free until the Yankees, as my great-grandmother called them, came and made him tell them,” recalled Richey, associate dean for diversity and inclusion at the Keck School of Medicine of USC. “She also said that the Yankees told the plantation owner to give each family of freed slaves 10 acres of land and a whole ham.

“She doesn’t remember receiving any of that. Instead, her father received a hog’s head and no land.” 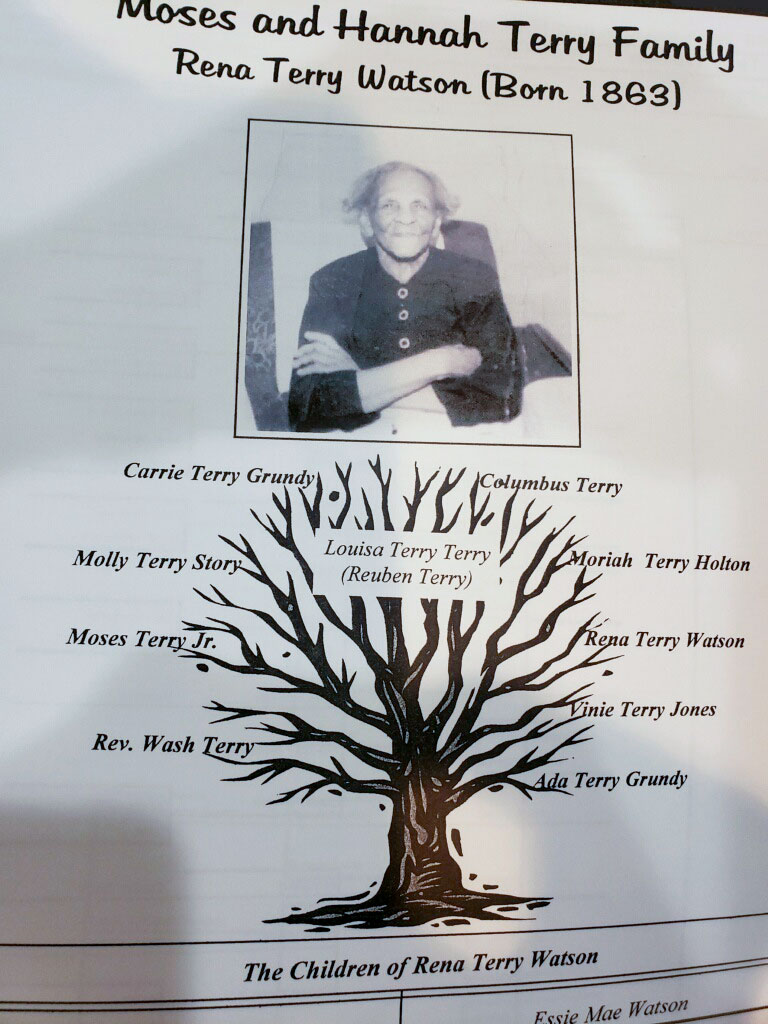 Richey heard accounts of her great-grandmother, Rena Terry Watson, throughout her childhood. Every couple of years, her extended family would get together for family reunions and talk about their history and how far they’ve come since Watson’s time.

Juneteenth commemorates the signing of General Order No. 3 by a Union Army general proclaiming freedom from slavery in Texas on June 19, 1865. Slavery had already been outlawed in Texas and the rest of the United States nearly  2 1/2 years earlier when President Abraham Lincoln signed the Emancipation Proclamation, but enforcement of that new law largely fell on Union troops.

Through Juneteenth stories, Joyce Richey admires the perseverance, grace of her ancestors

Looking back, one of the things that strikes Richey most is her great-grandmother’s spirit of forgiveness. Watson was a devout Baptist who forgave the people who owned her and her family.

During an interview with a local newspaper reporter when she passed age 100, Watson said she forgave “the white people for the hard times the slaves had after their emancipation.”

And while Richey admires her great-grandmother’s heart, she questions whether she could have done the same.

“I appreciate my great-grandmother’s sentiments, her faith and her belief, for mine are similar,” she said. “However, when you think about the totality of her life experiences, it’s hard to reconcile. I also know that to move forward, you have to harness those horrific experiences into positivity, making meaningful change.

It’s one thing to read it in history books, but it’s another thing to see it be so proximate. This is our family.

“I don’t want it to come off like I’m not forgiving, but it’s something that’s really difficult to digest.”

Richey shares this family history with younger relatives and her own children as much as she can.

“It’s one thing to read it in history books, but it’s another thing to see it be so proximate,” she said. “This is our family.”

Both of Watson’s parents were slaves, and Watson’s husband was also born a slave, Richey said. That’s a painful past to unwrap. She thinks about their deprivation and the opportunity missed: None of them were formally educated or given a chance to accumulate wealth while they were enslaved. 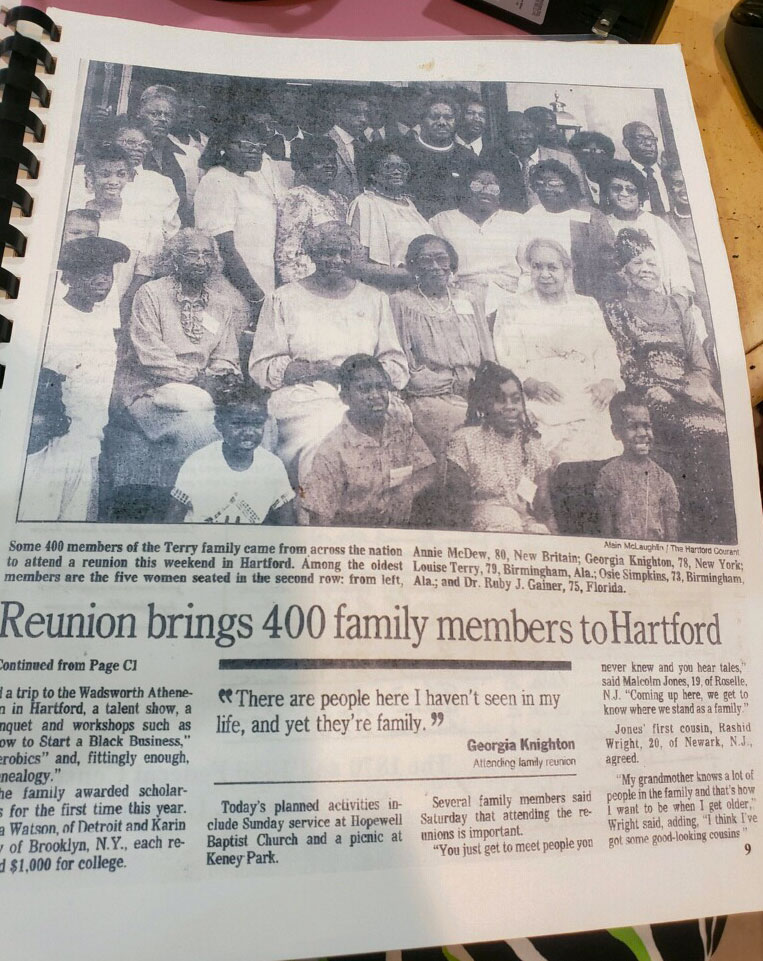 The Terry family, shown in a photo from a large reunion gathering in 1988. (Photo/Courtesy of Joyce Richey)

But it also is a testament to how much their descendants have accomplished. The family has grown by the hundreds — about 400 have gathered for family reunions — and generations of their children have grown up to have fulfilling careers and families.

Richey is an example. She holds a doctorate and is an associate professor of clinical physiology and neuroscience at the Keck School of Medicine. She studies the relationship between obesity, diabetes and hypertension, and the National Institutes of Health and other major funders have supported her research.

“There have been great obstacles, but look at the strides that have been made,” she said. At the same time, “we still have a long way to go.”

The need to remember and discuss our history, Juneteenth included

Watson’s life spanned decades that saw triumphs and continued discrimination for Black Americans. She died in 1963, as the U.S. civil rights movement was building momentum. She was reported to have reached age 113.

Most of what Richey’s family knows about their great-grandmother and other relatives comes from the research of an unofficial family historian who has traveled throughout the country to track down original documents about the family’s life in the United States. 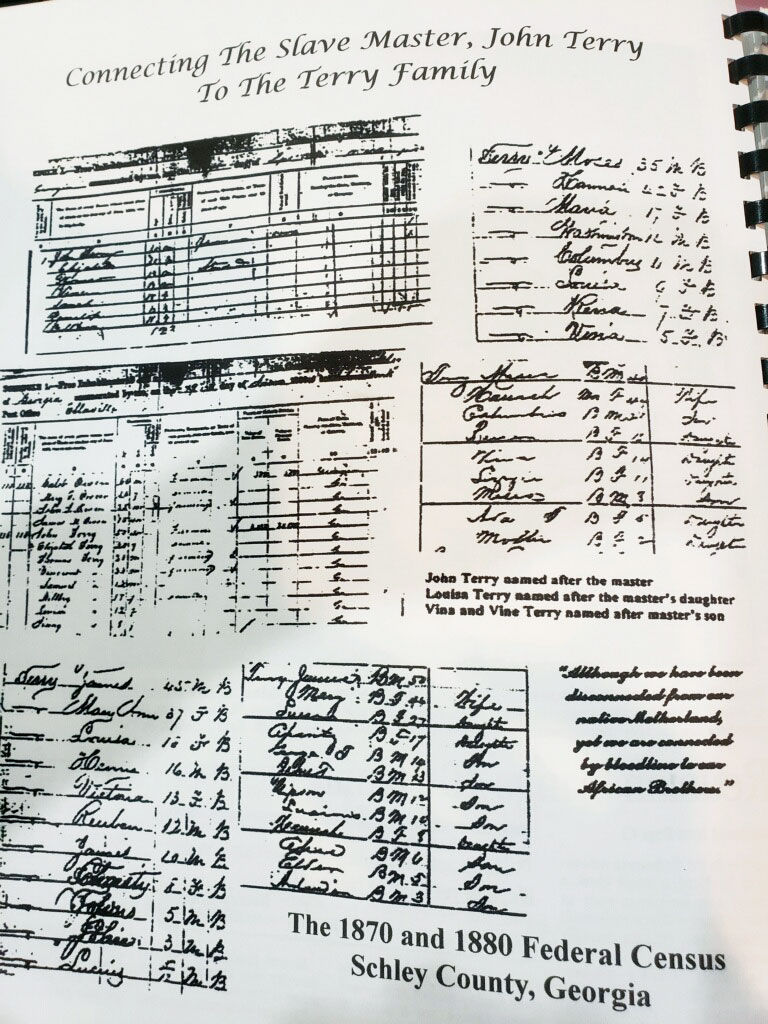 Most of what Richey’s family knows about their great-grandmother and other relatives comes from the research of an unofficial family historian. (Photo/Courtesy of Joyce Richey)

Those documents include birth and marriage certificates, as well as records of where their relatives were sold and some of their freedom papers, which certified their non-slave status.

Although this history is sad, Richey believes it’s important to share it with others. It shows how far people have come in this country and inspires future generations to honor their past.

She is particularly proud of the fact that USC has made Juneteenth an annual celebration. Juneteenth shouldn’t be confined to the South, she said: Its impact reverberates throughout the world.

“To bring it home to USC and to highlight our faculty and our students in terms of what that means to us, that bodes really well in terms of just understanding one another, bringing those people together, being inclusive and understanding our sense of diversity and why our diverse experiences are so important,” she said. “It truly speaks to turning our pain into purpose.”

The event on Saturday will reflect on and celebrate Black heritage through student tributes, artistic performances and various speakers.

As Juneteenth approaches, USC experts examine the persistence of racism and resistance

This year, the celebration of emancipation comes amid protests that beg the question: How far has America really come since 1865?

Professors, administrators and students all shared words of remembrance and personal stories at the university’s inaugural Juneteenth event.