How will COVID-19 change the way we live? In this audio interview with an architect and architecture professor, we examine the likely aftereffects of the pandemic on housing, driving and more in Los Angeles.

What will housing look like in a post-COVID-19 world? This is Steve Cimino of USC News, and I’m here today with John Dutton, adjunct associate professor at the USC School of Architecture. John, what do you expect to see, housing-wise, in response to the pandemic? I suspect we’ll see a lot of focus on “healthy designs.”

Certainly. And I think there’s also going to be fundamental changes, almost infrastructural changes, in the way we live and work because of COVID and because of the way we’ve been exposed to working at home.

John, you mentioned density, and I think that’s an interesting term to use here. I know a lot of people think of “density” as meaning skyscrapers or large, large buildings. But that’s probably not going to be the world people are looking for, at least in the near future. There’s going to have to be an exploration of what that term means.

Absolutely. Dense housing, tall buildings like the skyscrapers in downtown L.A., will always be there, and they’re appropriate for that kind of setting. But Los Angeles right now is 75% single-family houses. New York City, for instance, is 15%. Single-family houses do not a city make.

And between single-family houses and skyscrapers, there’s what a number of people call the “missing middle.” That’s a whole range of housing at middle density that we used to build quite beautifully and elegantly before the 1930s that have not been built for a variety of reasons. But you’re absolutely right, there’s going to have to be an increase in density over the single-family house, but it doesn’t mean that we’re all going to have skyscrapers behind our house, throwing shade on our garden.

So what does that look like? You mentioned L.A.’s differences from other cities, specifically New York. L.A. has the luxury of warm weather; you can be outside more frequently. Is that going to play a role? I know courtyard housing was a big thing for a while; those big, open spaces with apartments surrounding them.

I certainly hope so. The 1920s especially saw a lot of courtyard housing; the teens saw what was called a bungalow court, which was the repetition of small, single-family houses – 600 to 700 square feet – but courtyard housing that you’re talking about was a kind of artistry of housing that was quite elegant. It was very much inspired by the southern Spain, North Africa, partly Italy way of living – that kind of Mediterranean style. There’s a similar climate there to here. 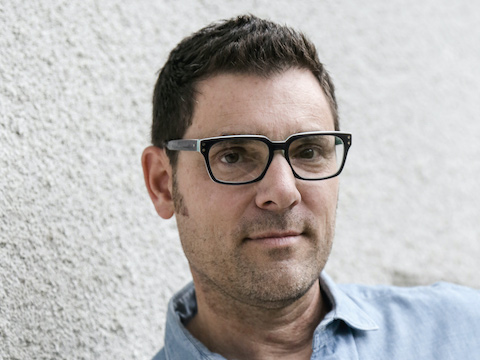 It’s a fairly dense way of living that doesn’t look dense. If you go to West Hollywood or Pasadena, those are two places in the county where you can see this very elegant kind of courtyard housing that is knit, stitched, into the fabric of our cities. It doesn’t read as an opposing, four- or five-story wall on the street. Yet it has some density.

One of the main reasons why this form of housing was stopped had to do with parking. In fact, all the missing-middle housing – which you correctly identified as courtyard housing but also duplexes, triplexes, fourplexes, rowhouses, side yard housing – there’s a whole range of types of housing. In architecture, we study typology; it’s not about style, it’s about type. And there’s a whole series of types at this middle range that used to be in Los Feliz, Silver Lake, West Hollywood, Pasadena, the Miracle Mile just north of Wilshire Boulevard, are made up of these two- and three-story kinds of middle-density housing.

And because they’re relatively small and they have courtyards, there’s a repetition, almost a kind of rhythm along the street. So it doesn’t create one big wall, and because it’s broken down, it’s very human scale. So we’re going to have to change the parking rules in order to allow this, but absolutely, the courtyard housing was a very important kind of housing in the ‘20s. And I think, in Los Angles with the weather, it makes complete sense to return to that kind of housing. As an option, not everywhere, but we just need options for different ways of living here.

You mentioned parking there; driving, parking, everything related to a car, that’s a huge way of life in Los Angeles. In the months since COVID started, though maybe less in the winter, you hear stories about people changing their behavior: biking more, walking more, seeming to step away from that car life. Is there any chance of a genuine shift from cars, or are we going to snap back to quote-unquote normal once COVID recedes?

I don’t think we’re going to snap back to the way it was, for a number of reasons. One is Los Angeles itself is an extremely behind-the-times city when it comes to emphasizing multimodal transportation and emphasizing neighborhood development. One of the reasons why Los Angeles depends on the car so much is because of the way it was zoned. From the ‘30s on, the city was zoned between single-family housing, multifamily housing, businesses, offices, shopping, industrial and so forth. So you had no choice but to get in your car and drive to get a gallon of milk or to pick up your kid from school.

The way most traditional neighborhoods have been developed, in America and around the world, is more of a mix of use where you have everyday activities and needs in a walking or biking distance. And I believe, and many urbanists believe, that we should be able to walk to a store, and walk to restaurants and cafes and local schools, and be able to not rely on the car. And I think we’re starting to see that happen across Los Angeles for a number of reasons. We’re still way behind other cities; Barcelona, for instance, is closing a lot of its streets to cars to make pedestrian superblocks where only pedestrians are on the streets.

I’ve done projects turning streets into gardens and pedestrian ways, too. I think it’s going to happen; it’s just going to be slow. And a lot of it has to do with zoning and codes and requirements of parking.

John, thank you so much for your time and your thoughts on design in a post-COVID world; we appreciate it.

It’s my pleasure, Steve, and I hope this conversation continues beyond the two of us.

Despite economic recovery, housing challenges persist in L.A. and California

A new USC analysis of the Los Angeles and Golden State economies shows that rental affordability, homeownership and certain other indicators never fully rebounded from the Great Recession.