To start, he moved over 2,200 miles from his hometown of Knoxville, Tenn., to originally attend the University of California, Santa Barbara, where he majored in biochemical engineering and started his own organization for students either studying or interested in studying medicine. 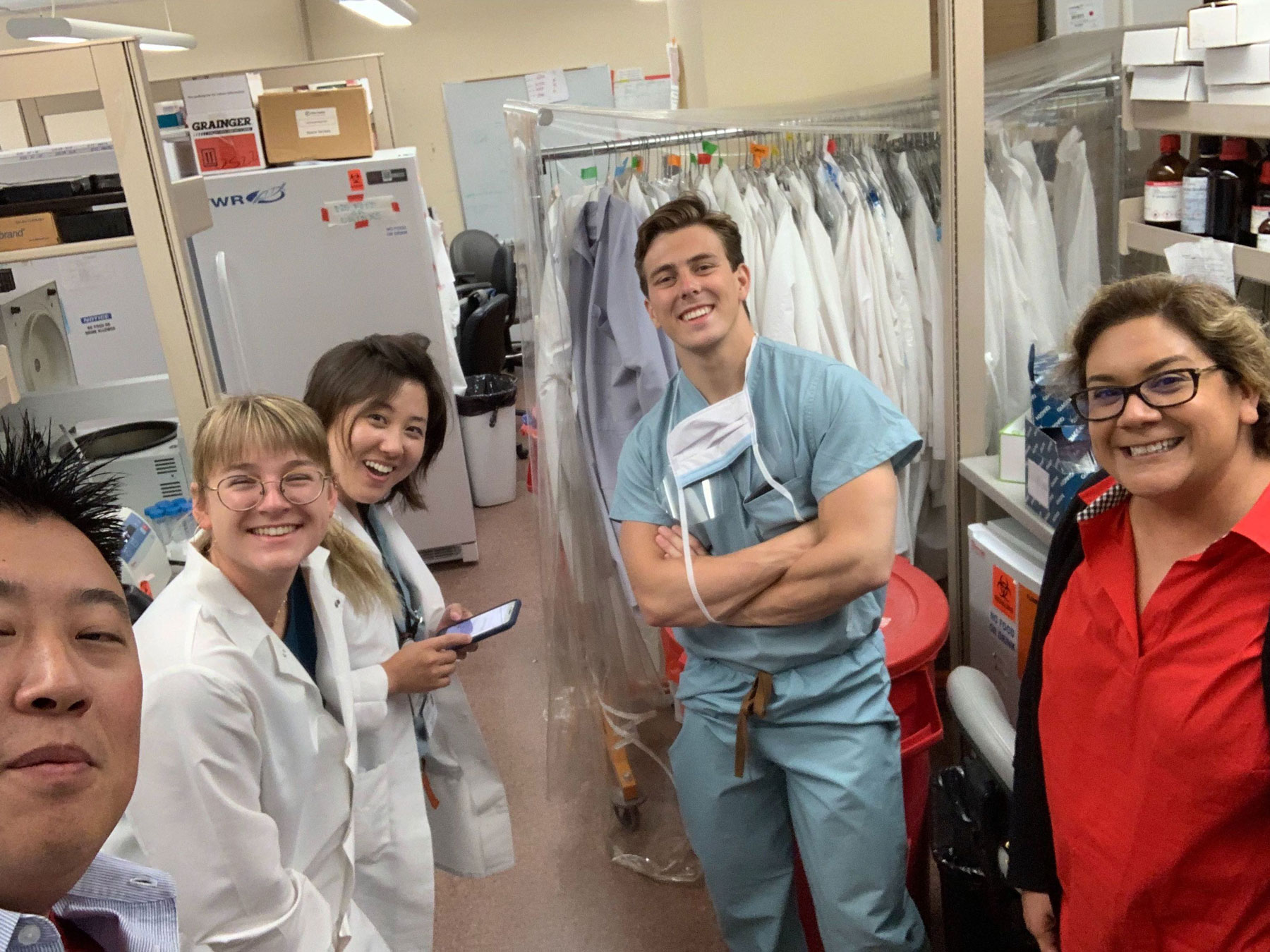 Kress will earn his bachelor‘s degree in biomedical engineering with a minor in physics. (Photo/Courtesy of Gavin Kress)

Then, to make a little extra money on the side, he earned his emergency medical technician certification. While most students were working part time at the library, rec center or local coffee shops or bars, Kress was responding to emergency calls.

“I enjoyed the experience of seeing people who are panicked or in pain and then being able to do whatever I can to calm them down, help them or take them to the hospital and just ease their pain,” he said.

“I’m so lucky to be here and just to just have these opportunities; almost on a daily basis, I think about that,” he said. “It’s one of the best decisions I’ve ever made.”

Kress’ decision to move to California from Tennessee was not an easy one. He had grown up in the shadow of the University of Tennessee, and most of his friends attended school in their hometown. Kress found himself thousands of miles from home and in a completely different environment than what he’d known.

“I got that initial culture shock of moving from Tennessee to California, not really knowing anybody, and then making some friends in my dorm, and then people in my program,” he said.

After deciding to pursue biomedical engineering and doing some research on top programs, he saw USC was listed and decided to transfer. Having already moved across the country, another 100 miles or so was not a big deal. In fact, Kress said his initial culture shock at UCSB helped ease his transition to USC.

Kress entered the USC Viterbi School of Engineering in 2018 and started working as an undergraduate researcher at Lawrence J. Ellison Institute for Transformative Medicine of USC. He admits that, of all the reasons he chose USC, the opportunity to work at the Ellison Institute was one of the biggest. He has been able to present his research at the largest biomedical engineering conference in the world, and he’s met and spoken with leaders in cancer research.

“That’s obviously something that only USC has to offer,” he said. “Being a part of [the Ellison Institute] has been definitely the most beneficial experience I’ve had in terms of growing towards the type of person I want to be in my career.”

Salutatorian’s extracurriculars include running a nonprofit

College was not the first place Kress tried his hand at starting an organization. While still in high school, he started the Vaccination Information Awareness Initiative to promote education and awareness of the human immune system’s response to vaccines and the validity of risks associated with these vaccines. Even as a teenager, Kress felt the prevalence of misinformation regarding vaccines and was compelled to correct the misconceptions.

“Even at that time, I knew how important vaccines are,” he said. “If a lot of vaccine-preventable diseases didn’t have a vaccine, we would be in a very different world.”

From there, Kress went through the proper channels to become an officially registered nonprofit organization. Eventually, Kress said the donations reached a point where he didn’t know if he could even spend what he had, so he set up scholarships for people who want to go into vaccine research. The organization has also donated to vaccine research and even donated funds to other nonprofits that provide vaccines to people in countries without access to them. 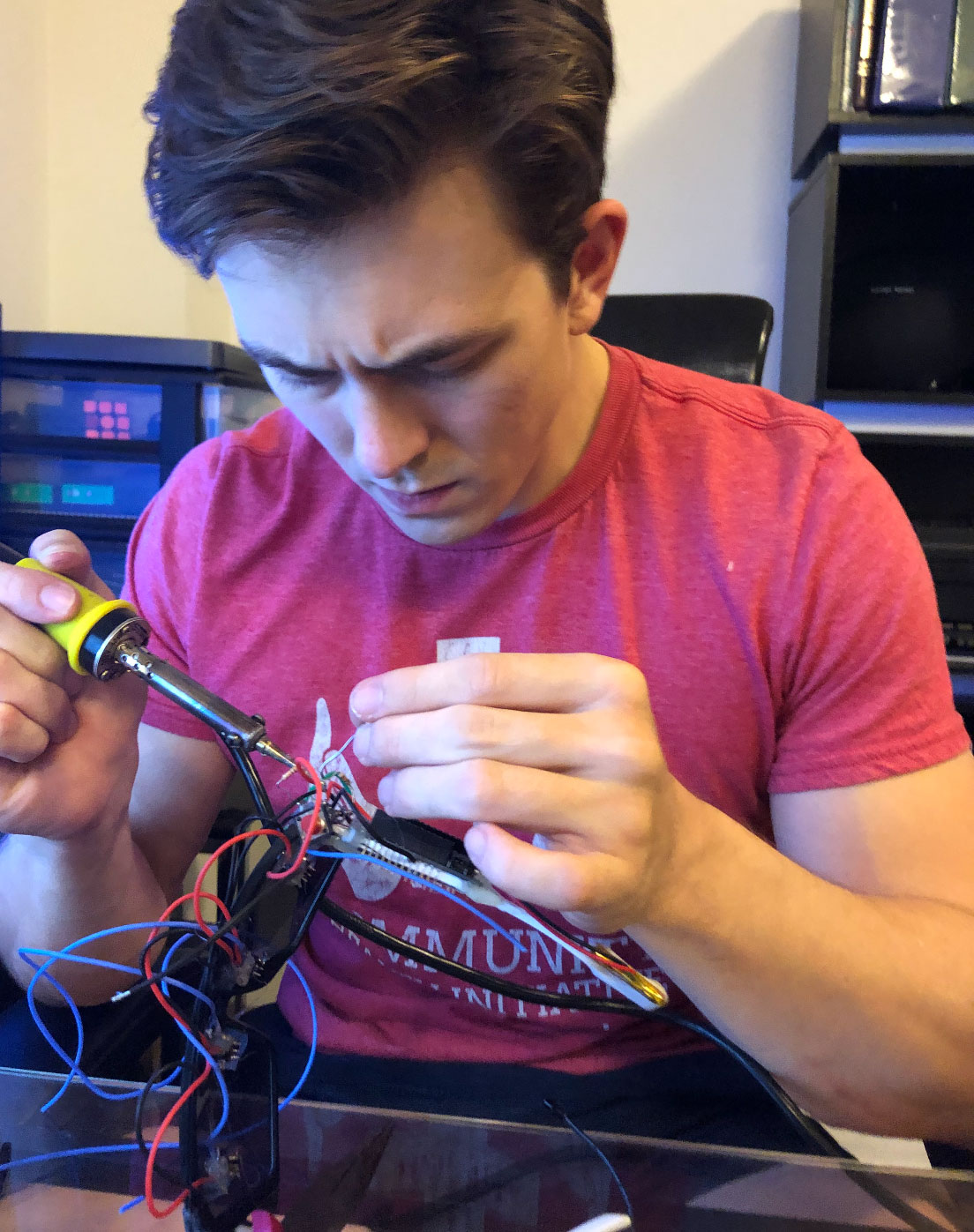 Kress is now working toward his master‘s degree in mechanical engineering at the USC Viterbi School of Engineering before applying for medical school. (Photo/Courtesy of Gavin Kress)

Kress was able to continue this mission once he moved to California for college. Even with an intense academic schedule, Kress said he still makes time to log on to the initiative’s website, post updates and pitch new ideas to his vice president and officers.

“When I came to California, I had a bunch of people who were passionate about this and really wanted to get this to work,” he said.

During his time in Santa Barbara, Kress wanted to build connections with the local medical community to not only network but also volunteer, so he started the UCSB Premedical Society.

“It was basically the kinds of stuff that you want to do as a pre-med, and it was really successful,” he said. “We were able to hold a lot of volunteering events and do a lot of fun things.”

“Every day I think, ‘What if I had chosen [to transfer to] a different school?’ And it’s crazy to me because USC has been the best experience of my life,” he said.

The final push at USC, and what’s up next

Despite being forced to study from home for a large portion of his final undergraduate semester, Kress’ focus has never wavered. That’s part of the reason he decided not to return to Tennessee after USC announced all classes would be held online due to COVID-19. All of his work and materials were still in L.A., including his senior design a project: a pair of glasses that can detect seizures.

Kress said his inspiration for the project came from his own family members who had been suffering from seizures. Seizure symptoms often are not physically noticeable, and since his family members are older, he said doctors would sometime misidentify their symptoms as Alzheimer’s or dementia. His glasses can pick up eye movement and brain activity to alert doctors to a seizure.

“Instead of having people sit in the doctor’s office all day just waiting to confirm [a seizure], they can just go home and wear a discrete pair of sunglasses that the doctor can monitor them from there,” he said.

Though he’s graduating in the Class of 2020, Kress has already started working toward his master’s degree in mechanical engineering at USC Viterbi before eventually heading to medical school. Ideally, Kress said he’d like to go to Keck School of Medicine of USC, as he’s most familiar with the school.

“I could see myself at USC,” he said. “I would be really happy because I know the most about it; it’s a great medical school.”