The USC Department of Public Safety and USC University Relations are joining with the Los Angeles Police Department to distribute much-needed food, supplies and books to families in the neighborhoods surrounding the university.

“These are trying times for everyone,” DPS Chief John Thomas said. “There is nothing worse for a parent in a time like this than having kids and not being able to feed them.” 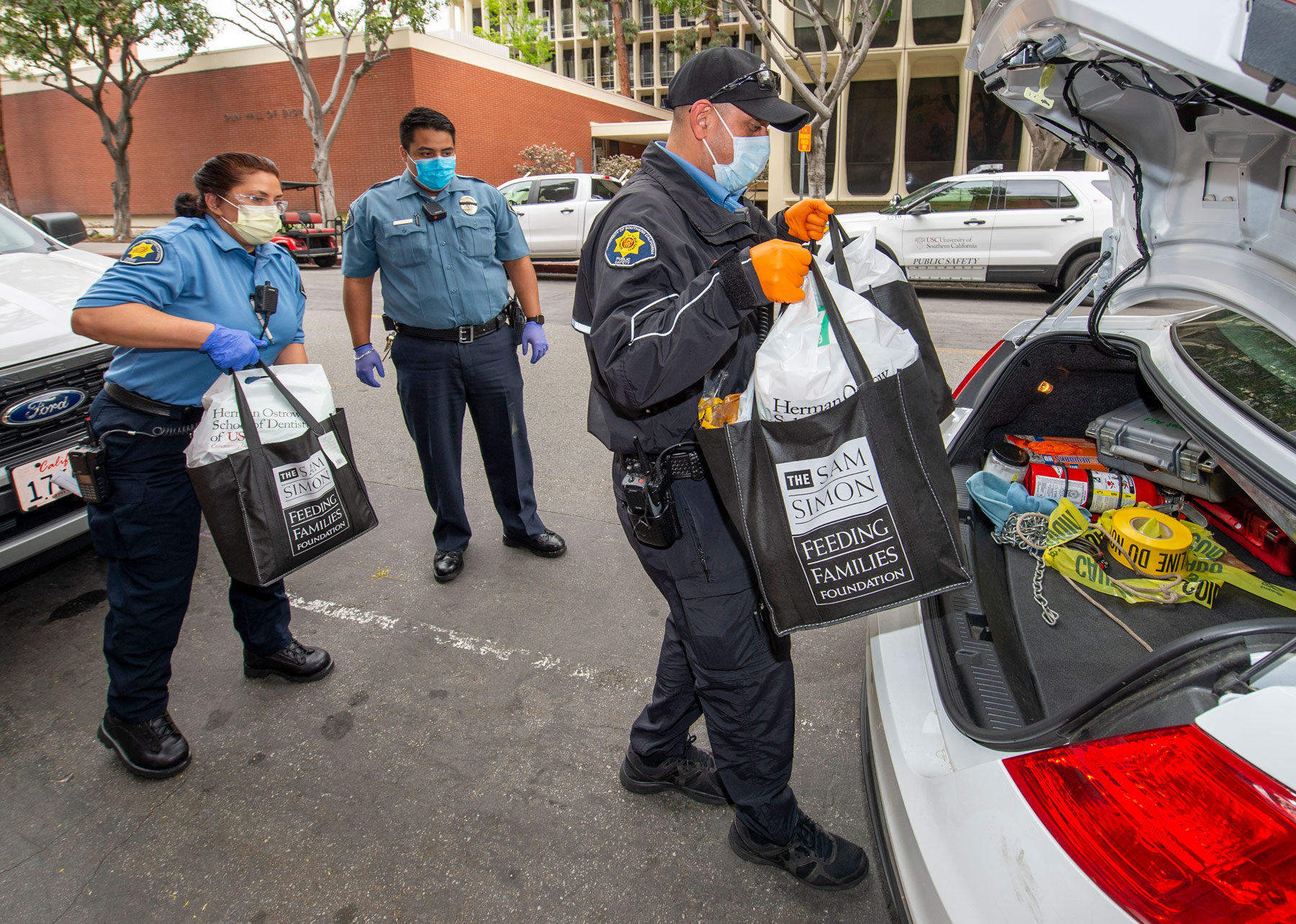 The distribution gained traction after Thomas received over 500 books from the Los Angeles Literacy Club. “We wanted to do something, collaboratively with the LAPD, that builds community and strengthens the relationship between DPS, the police and the university,” he said.

The idea grew from there. The families in need were identified by DPS officers and officers from LAPD’s Southwest Division who patrol the area around the University Park Campus.

“We saw that there was a great need. There are a lot of people that are now out of work and kids are at home, and they are challenged not only academically but also they need food,” Thomas said. The drive received food from the Sam Simon Foundation, and critical sanitary supplies were donated by the Keck School of Medicine of USC.

While the majority of the bags distributed were designated for families in need, older residents in the area also received care packages from USC and the LAPD, according to Thomas.

“We want to help seniors,” he said. “People that can’t get out and go to the store, we are going to deliver supplies directly on their doorstep.”

The goal of the program is to deliver these care packages to families and seniors twice a month. 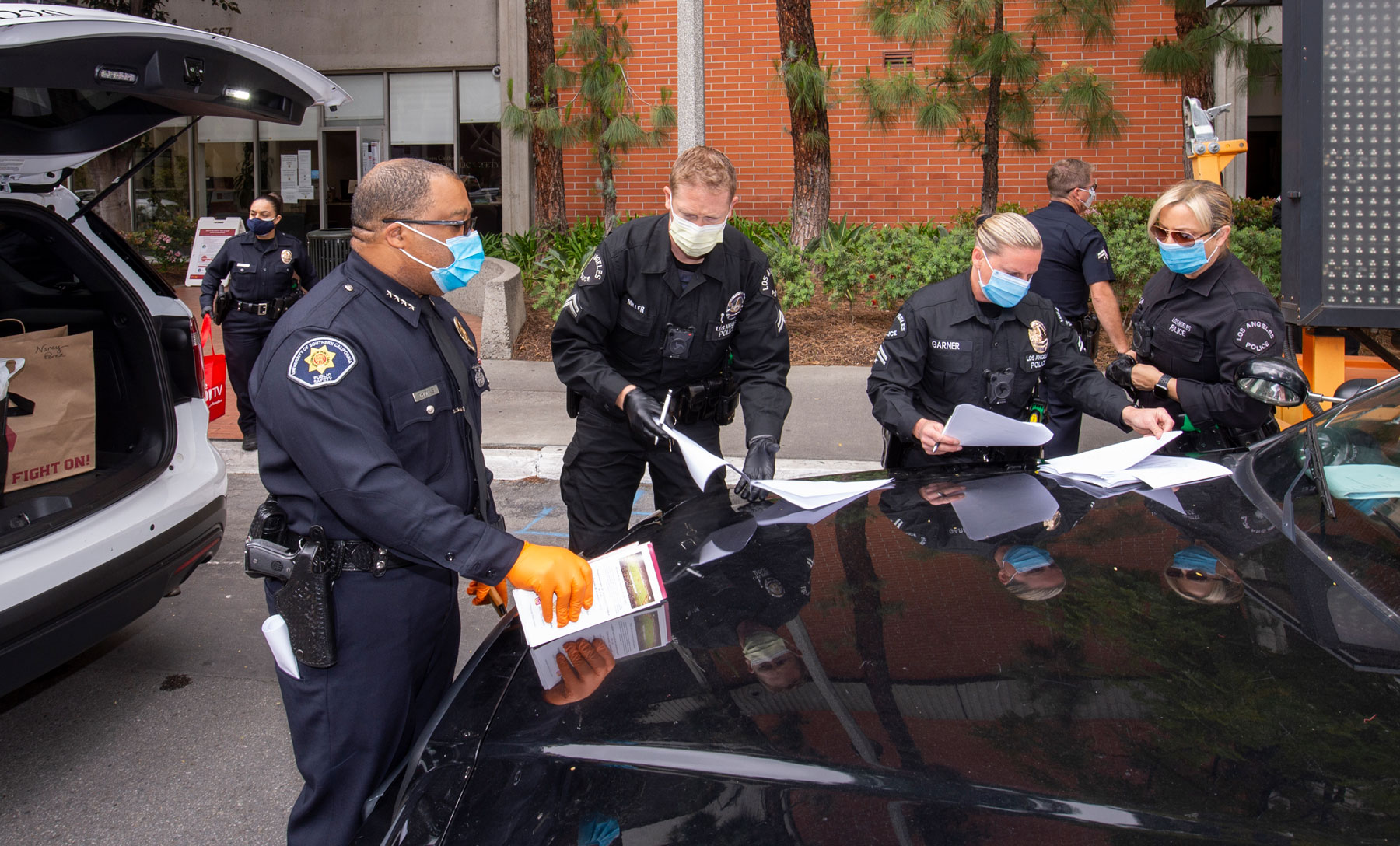 Even during a pandemic, USC program makes sure neighborhood kids are fed

USC’s venerable pre-K program provides a nutritious breakfast and lunch for local children, even when they’re stuck at home.

A university-run eatery offers comfort food at a reasonable price for those working or staying on campus.

In the face of a pandemic, USC and partners provide food for those in need

More than 1,000 bags’ worth of fresh fruit, vegetables and bread are now flowing through nearby communities, thanks to a growing, university-led effort.

Sabrina L. Smiley of the Keck School of Medicine is investigating the behavioral and social consequences of restrictions on sales of flavored tobacco products in unincorporated areas of L.A. County.