Jenny Martínez speaks up for people who don’t have a voice in the health care system and ensures they’re treated with dignity.

A scientist and expert in occupational therapy for nearly a decade, Martínez studies how to best care for older adults and people with debilitating injuries. She also passes along her wisdom to the next generation as a university professor. The published researcher teaches students how to conduct studies and serve patients with respect. 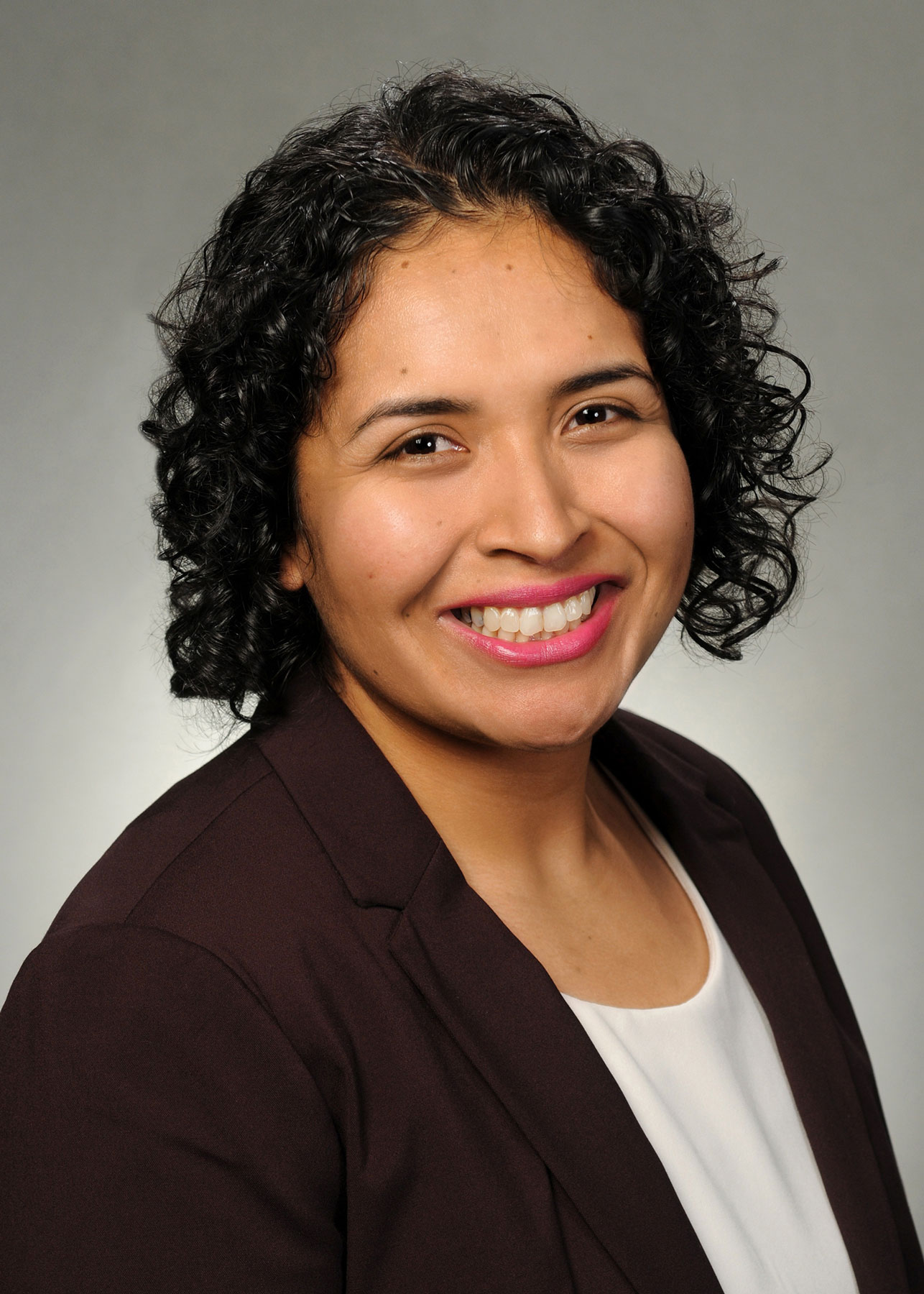 Jenny Martínez is now an associate professor of occupational therapy at Thomas Jefferson University, where she teaches, conducts research and works with community organizations. (Photo/Courtesy of Jenny Martínez)

It might be surprising, then, to hear that she was once a teenager unsure of her place in science. Martínez remembers feeling a little scared, apprehensive and intimidated the first time she entered a research lab on USC’s Health Sciences Campus as a junior in high school.

Back then, it all seemed so overwhelming. Lab benches teeming with complicated equipment. Scientists busily buzzing around with an air of knowledge. USC students setting up their experiments with confidence.

For Martínez, going to college and pursuing a career in a STEM field felt foreign and out of reach — even though she loved science. She knew only a few kids from her East Los Angeles neighborhood who were in college, let alone studying science or engineering.

But stepping into the USC lab as a high school student helped her recognize her potential. It confirmed her hope: She had the intelligence and drive to become a scientist.

“The experience set me on a clear path to success,” she said. “It helped me understand what I was capable of and connected me to supportive mentors who had gone to college for science and engineering themselves. It gave me role models.”

Martínez thrived in USC’s STAR program, which pairs students from Francisco Bravo Medical Magnet High School with USC faculty members to work on research. It’s one of dozens of community projects that benefit from the USC Good Neighbors Campaign.

Every dollar donated to the USC Good Neighbors Campaign goes to community programs, benefiting children and families in the neighborhoods surrounding the University Park and Health Sciences campuses.

To learn more about the USC Good Neighbors Campaign, read about the projects it supports and make a tax-deductible donation, visit the campaign website. You can also give by texting “GNC” to 41444.

Now in its 25th year, the USC Good Neighbors Campaign has raised more than $25 million — largely through the donations of USC faculty and staff members. These funds provide hundreds of grants to local community programs. This year, more than 50 arts, science, family and education programs received grants to support communities surrounding the University Park and Health Sciences campuses.

“All of these programs are providing a mentor, an opportunity and exposure to a new experience that says to a young person: ‘You can do this!’” said Carolina Castillo, campaign director and executive director of development for USC Civic Engagement. “Even $5 goes a long way and makes a big difference for someone.”

For Martínez, her experiences in the STAR program encouraged her to follow her passion for science. She earned her bachelor’s degree in health promotion and disease prevention studies from the Keck School of Medicine of USC, and her bachelor’s, master’s and clinical doctoral degrees in occupational therapy from the USC Chan Division of Occupational Science and Occupational Therapy, where she later served as a faculty member for five years. She is now an associate professor at Thomas Jefferson University in Philadelphia, where she teaches and conducts research.

Martínez looks back now with gratitude for the encouragement and support she received as a young aspiring scientist unsure of how to turn her dreams into reality.

“There are many systemic barriers to college access and success, even when the school is next door,” she said. “Programs like these increase diversity in higher education and expand access to equitable, valuable experiences for students. The money raised can provide access to life-changing upward economic and social mobility for members of the local community.”

Martínez is no exception. Virtually all alumni of STAR attend college; more than 90% go to top-tier research universities and 88% declare a major in a science or engineering field.

USC researcher Daryl Davies has witnessed the remarkable success of the program since the early 1990s. He started in STAR as a mentor when he was a doctoral student, then continued when he joined the USC research faculty. Now, as a professor, he directs the program. Dozens of high school students, including Martínez, have learned research skills in his lab at the USC School of Pharmacy, where he also serves as associate dean for undergraduate education. 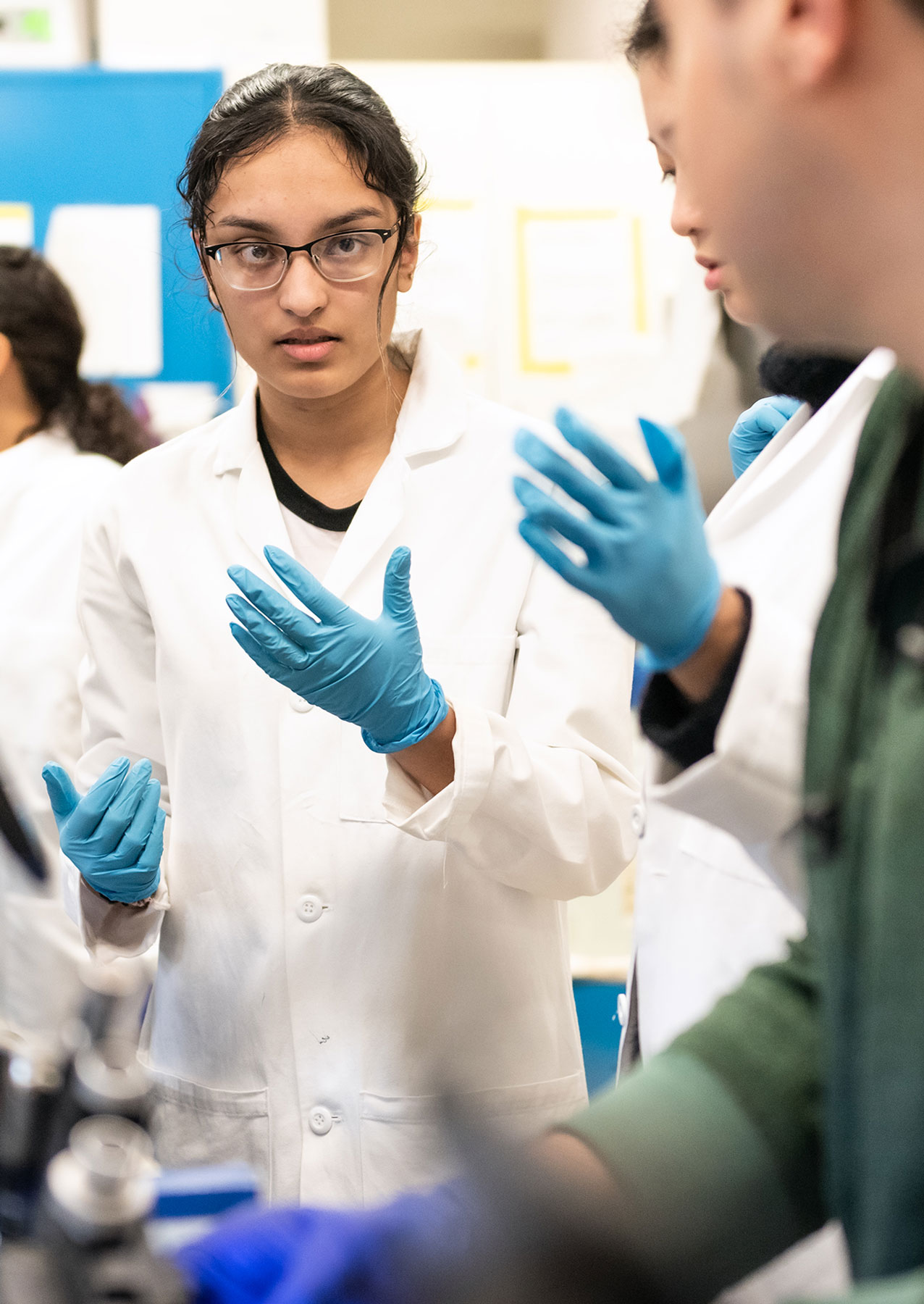 Nirali Patel is one of those scientists-in-training. The 16-year-old joined Davies’ lab this past summer to help with research into new treatments for alcohol use disorders. With the guidance of her mentor, PhD candidate Larry Rodriguez, she’s learning about biochemistry, molecular biology and more.

“We puncture oocytes — they are frog eggs — and inject them with a certain kind of RNA,” she said. “We try to activate receptors within them that can regulate the effects of alcohol. So, in other words, they can alter our tendency to drink alcohol.”

An aspiring pediatrician, Patel plans to study biology in college next year. She hopes her hands-on experience in the lab will give her an edge in the application process and a jumpstart on her undergraduate career.

She has good reason to think it will: Her brother completed the STAR program in 2015, also in Davies’ lab. He recently earned his bachelor’s degree at UCLA in microbiology.

“He always told me how much he loved working there and being part of something bigger that could help people,” Patel said. “Ever since I found out about it, I wanted to get into a lab there.”

Patel lives in Gardena, Calif., so she takes a long bus ride to Bravo Medical Magnet near the Health Sciences Campus in East L.A. each day and her mom picks her up after school. She spends three or four afternoons a week in the USC lab, often staying until 5 p.m. or later. But she said it’s worth the extra time and energy. 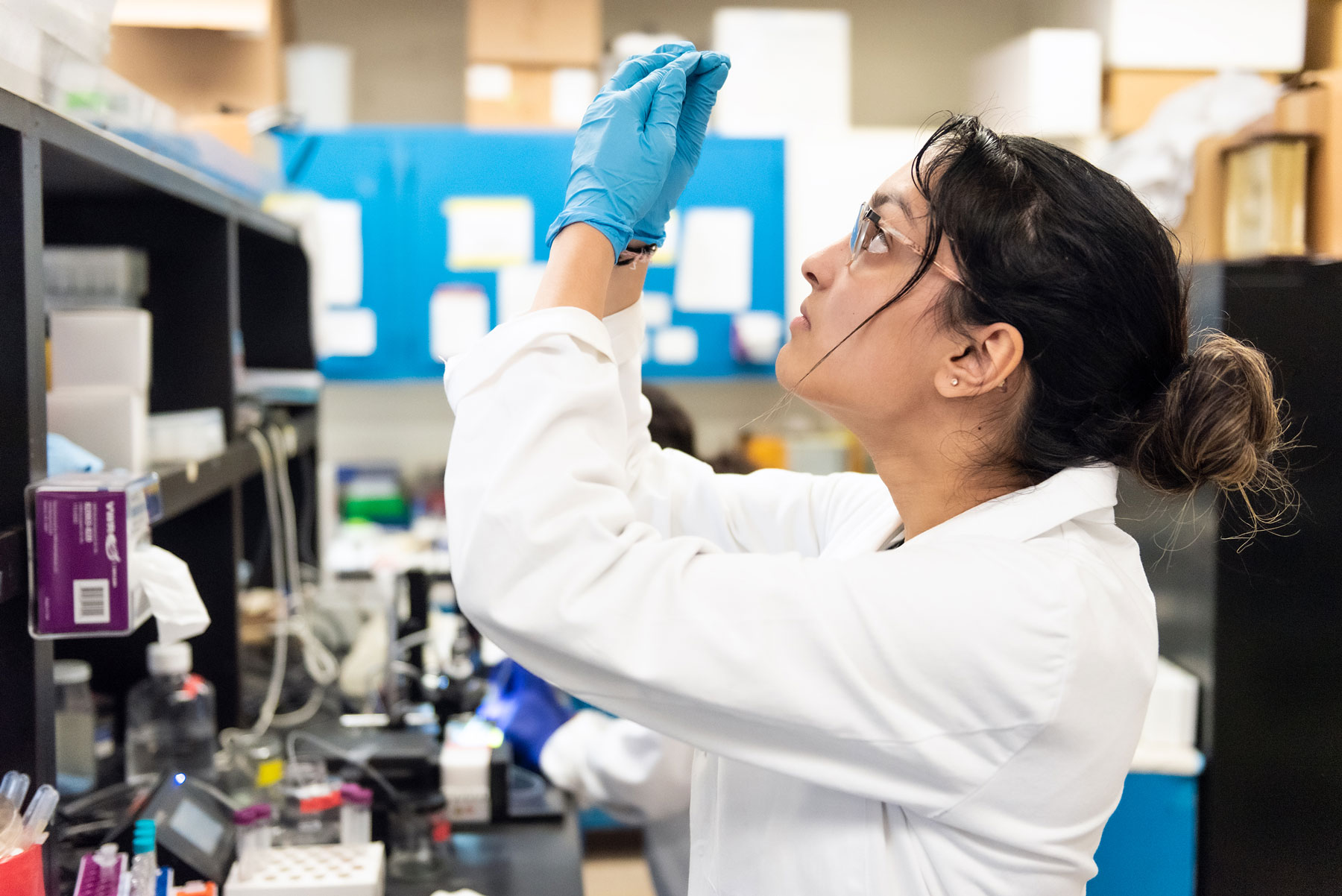 Most weekdays, Patel spends her afternoon in the lab at USC‘s Health Sciences Campus after her morning high school classes. (USC Photo/Eric Lindberg)

“I like forming networks with the other people there,” she said. “I’m usually a shy person, but I’ve found close friends with the people in my lab, the other USC students. They always give me advice about college applications, because they are almost due.”

STAR participants get a chance to bond with other lab members during a full-time summer internship for six weeks before their senior year of high school. They also receive a stipend for their work, along with funding to create and present research posters and hold an awards banquet to celebrate with their families when they graduate from the program. Davies said those resources would be impossible without the Good Neighbors Campaign grant.

Martínez said the stipend enables many students from lower-income backgrounds to take the valuable internship during high school. The students might otherwise have to get a job to help support their families or save money for college.

“Spending that time on a learning experience crucial to my success in college was an investment in my future,” she said.

Those stories of success are encouraging to Castillo, the Good Neighbors Campaign director. She has been involved with the fundraising effort for 14 years and has seen the impact that relatively small grants can have for a vital community program like STAR.

Our faculty and staff are making this commitment because they feel that sense of ethical and moral responsibility to give back to others.

“It’s very grassroots, and our faculty and staff are making this commitment because they feel that sense of ethical and moral responsibility to give back to others,” Castillo said. “With Good Neighbors, we’re really able to make things happen in a big way, scaling up programs and expanding ideas about collaboration to make them come to life.”

STAR program lets pupils work side by side with top scientists and grad students in USC labs.

High schooler researching cancer at USC preps for his next stop: the Ivy League

Though Anthony Ball is only a high school senior, he’s already an integral part of a USC research team. His next stop? Dartmouth College on a full scholarship.

The teens boost their scientific IQ by conducting research in USC labs.