On the stage that is the sideline during Trojan football games, Erdavria “Rose” Simpson is inseparable from her team. She moves with the athleticism and grace that defines the squad. In some ways, though, Simpson stands alone.

At 26, she’s USC’s oldest Spirit Leader. She’s also the squad’s first grad student, its only Navy reservist and the only Spirit Leader who has earned the USC Marshall School of Business Master of Business for Veterans (MBV). Simpson is the solo female on the flag squad because, she said, “they didn’t have enough guys, so I volunteered. It takes a lot of power and endurance, but as long as you breathe through it you’re fine.” 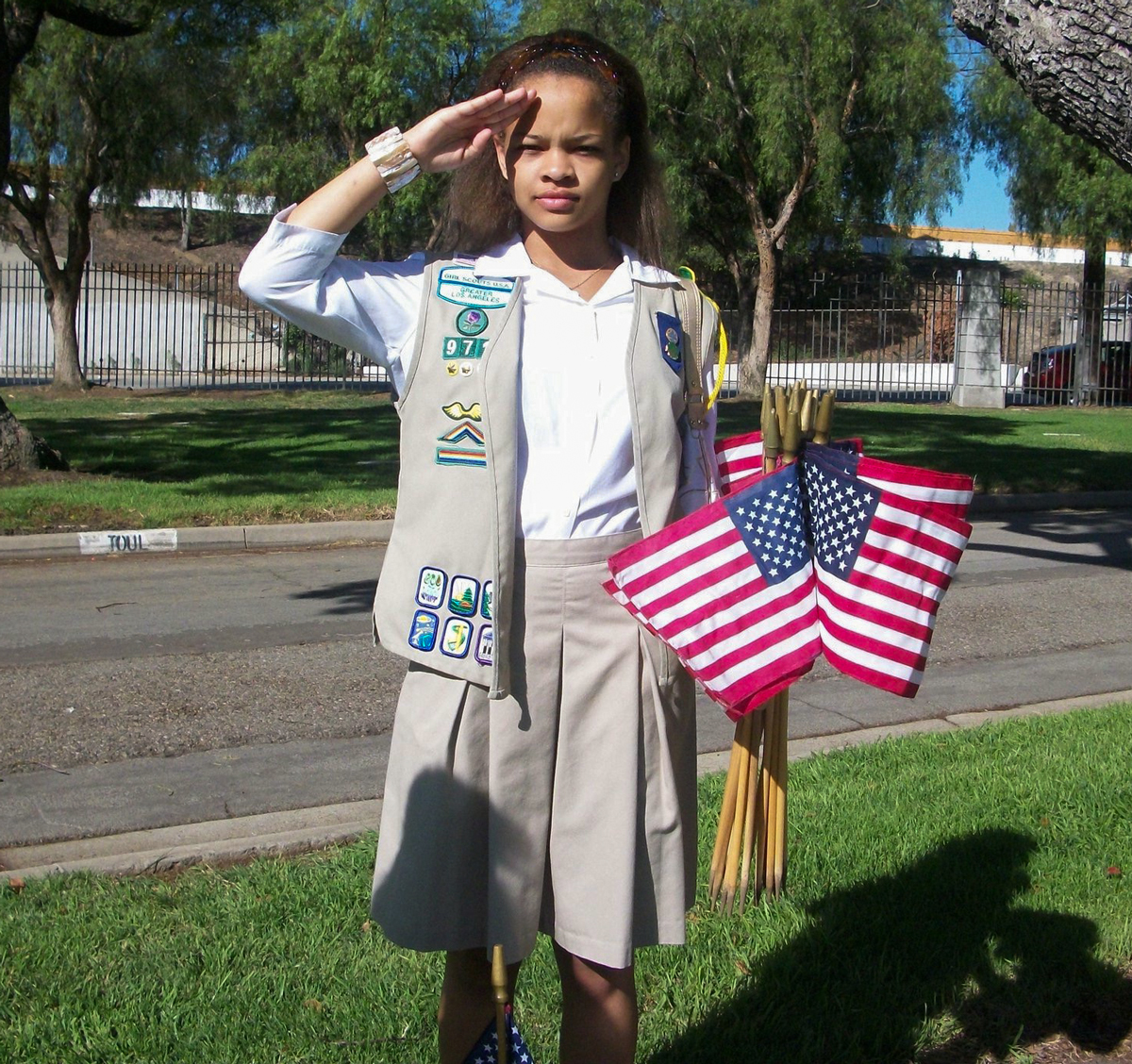 Simpson considered a military career from a young age. (Photo/Courtesy of Erdavria Simpson)

While still a Girl Scout, Simpson began to consider a military career, then made it official in 2014 while earning her undergraduate degree.

“I joined the Navy Reserve, and the military gave me that strength to focus on what I wanted to do,” she said. “It gave me a great community and skill set, and foundational values — honor, courage, commitment — that are instilled in leadership.”

Simpson grew up ten minutes away from campus in South L.A. and attended 32nd Street/USC Visual and Performing Arts Magnet as a child. 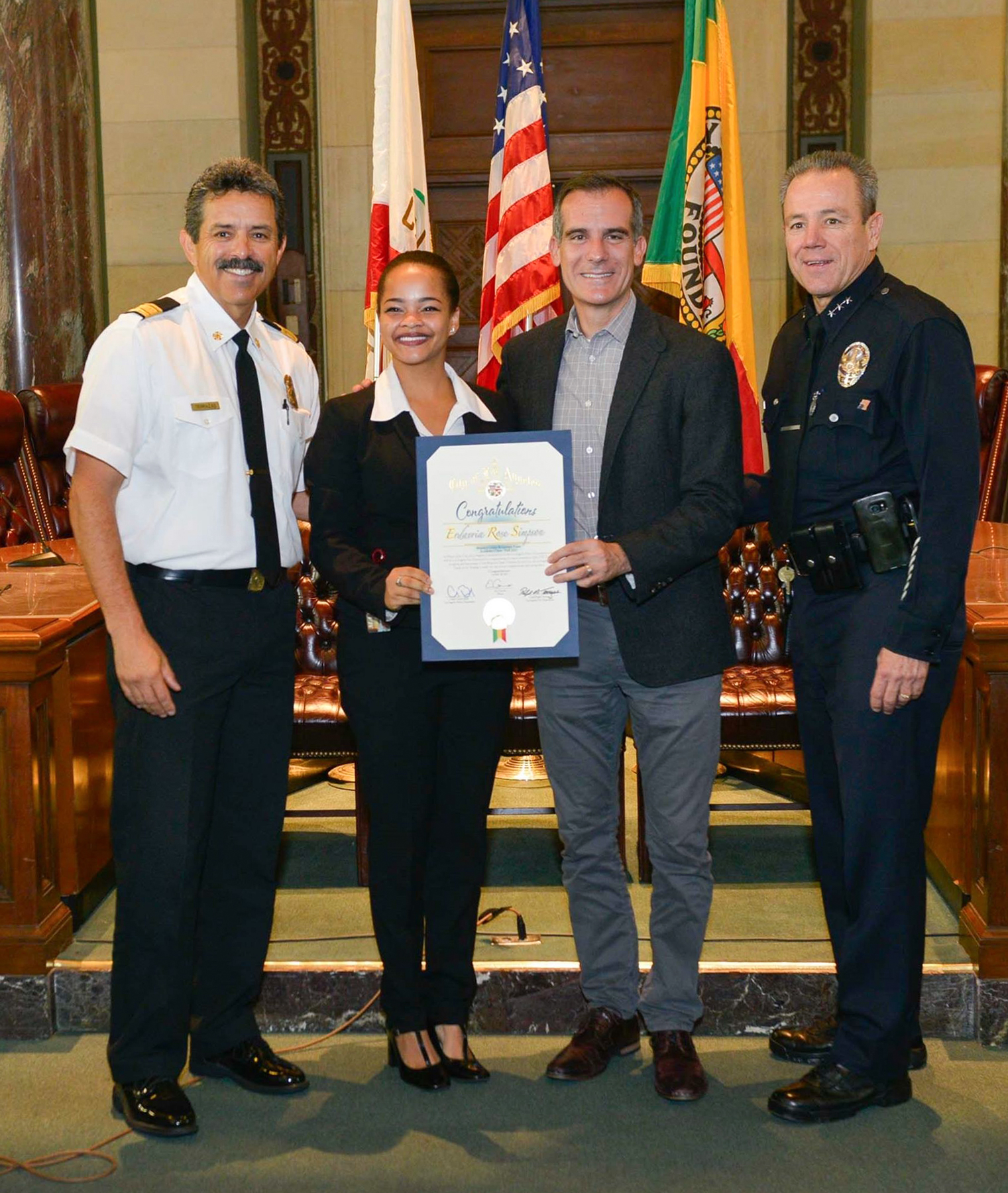 “I’ve always dreamed of being at USC, she said. “Being that this is my community, it feels like the perfect fit.”

Simpson, who works full time as a schedule and planning analyst at Northrop Grumman, is pursuing her second graduate degree at USC: a Master of Science in Entrepreneurship and Innovation at USC Marshall. She’s also launched a real estate venture and an organization called “Game Day” to uplift communities of color through empowerment, motivation and education. Her ambition has never diverted her attention from the needs of her own community.

“I’m passionate about reducing the wealth gap in our African American communities,” she said, “and educating people on the responsibilities of financial practices.”

Simpson’s workday begins at 6 a.m. sharp, and squad practice and evening classes can last through 9:30 p.m.

“I’m always in uniform,” she said. “It defines the role I’m acting at the time: a Girl Scout, a businesswoman, Spirit Leader, Navy Reservist. And I’m always ready to serve.”

Erdavria Simpson discusses her accomplishments at USC and beyond:

Students put their military skills to practical use in the Master of Business for Veterans program.

The USC Marshall School of Business has launched the Master of Business for Veterans (MBV), a new degree program for veterans.