Janey had severe pneumonia and stomach cancer that had spread to her bones and liver.

She endured surgery, several rounds of chemotherapy and many overnight hospital stays. Her weight dropped dramatically, leaving the personal trainer a shadow of her former self.

But she insisted on finding the next treatment that might bring her back to good health.

“I might look weak, but I want to keep fighting,” she told physician Sunita Puri, a palliative care expert at the Keck School of Medicine of USC. 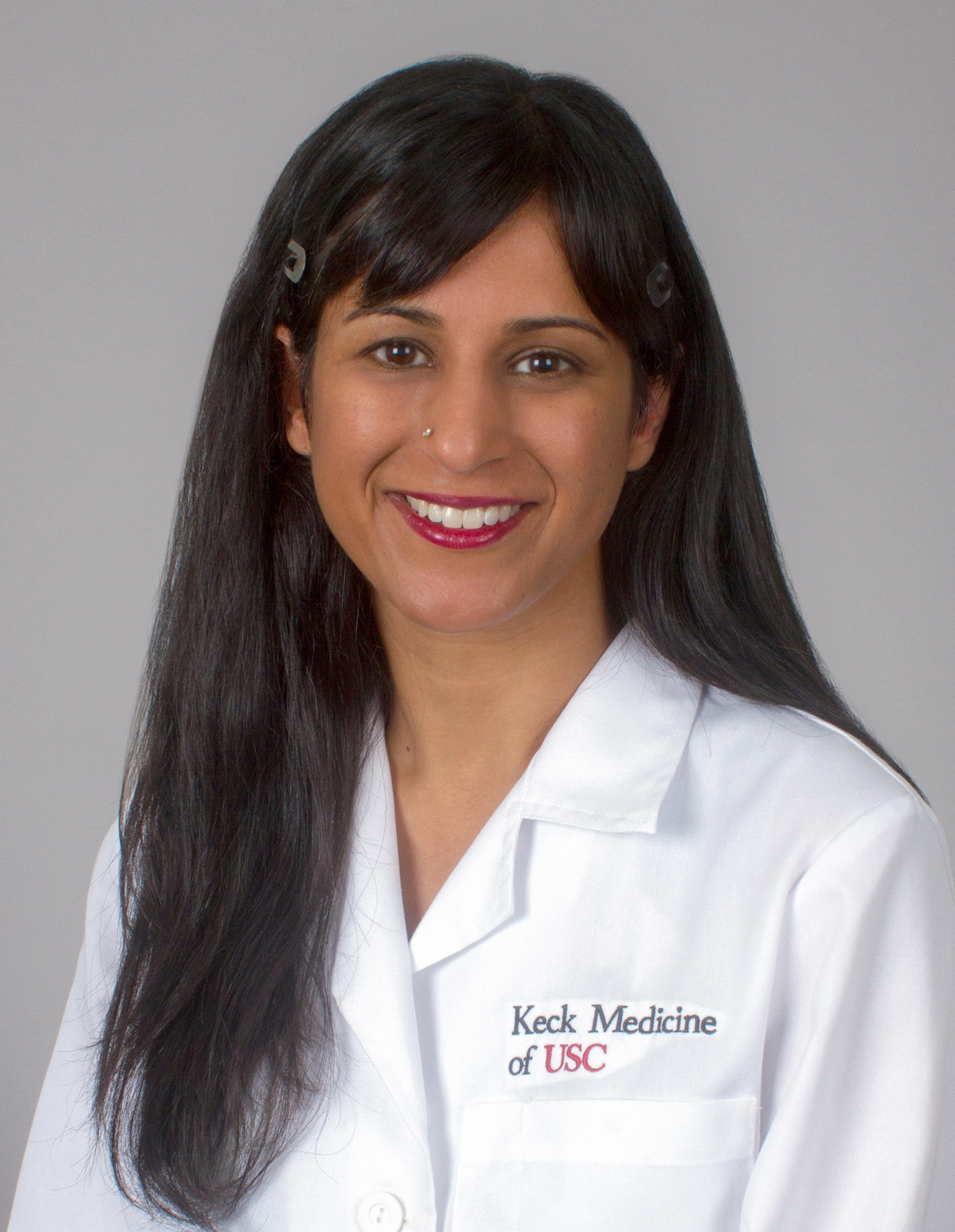 That kind of language — describing the treatment of advanced cancer or other serious illnesses as a fight against an enemy — often makes Puri and many other doctors cringe. Although some patients feel empowered by imagining an aggressive battle against their disease, in many cases it prevents them from having an open discussion about the reality of the situation.

“If we’re talking about treatment as fighting, then choosing not to treat or reaching the limit of the body makes them feel like they are giving up and weak, and none of that is true,” said Puri, assistant professor of clinical medicine and medical director for palliative care. “Language can be very toxic and doesn’t ultimately serve an honest conversation about what’s possible and what’s in someone’s best interest.”

Rather than admitting that their body might have reached its natural limits, many patients insist on continuing the “battle,” leading to painful and often futile medical procedures that rob them of comfort and quality time with loved ones.

Sometimes we inflict a lot of suffering on ourselves by trying to push past our limits.

At USC, experts are pushing back against the narrative of fighting a “war on cancer,” a notion that gained prominence in the 1970s. They are finding evidence, based on both personal experience and research studies, that using aggressive language in the context of serious illness can cause more harm than good.

“My goal is to make sure people understand from the very beginning that there are choices they will have to make for their care based on their goals and values, but also on how they define suffering,” Puri said. “Sometimes we inflict a lot of suffering on ourselves by trying to push past our limits.”

We tend to understand the world around us through metaphor. We use abstract representations almost subconsciously — telling someone to cool down, describing a heavy snowfall as blanketing the landscape or waxing poetic about how love is patient and kind.

When it comes to cancer and other serious diseases, we often rely on words of aggression and tenacity. Patients are “fighters,” and those who experience remission or return to good health are “survivors.” Obituaries are filled with references to people “losing their battle” with an illness or “fighting until the very end.”

Norbert Schwarz, USC Provost Professor of Psychology and Marketing, and David Hauser, a former postdoctoral research associate at the USC Dornsife Mind & Society Center, wanted to understand the potential effects of that language on healthy people’s perception of cancer. So they designed a study to test the “war on cancer” metaphor.

The research team asked about 1,000 people to read a story about a cancer patient that framed the disease either as a “journey” or as a “battle” or “war.” Schwarz and Hauser hypothesized that aggressive language might prompt participants to be more vigilant about preventing cancer and regularly check for warning signs that they might have the disease.

Instead, they found people who read the “battle” or “war” version of the story perceived cancer as difficult and painful to treat. They also felt like they couldn’t control the disease or do anything to stop it from occurring. This sense of fatalism might cause people to be less likely to engage in a healthier lifestyle that could reduce their risk of cancer, Schwarz said.

“It’s clear the war metaphor discourages certain preventive behaviors,” he said. “It suggests that having cancer is just as bad as having a war. It might make you much more scared and less likely to go get diagnosed, and it suggests the treatment is going to be very harsh on you.”

When you’re preparing for war, you bulk up and become combative, Schwarz said. But for many cancers, prevention involves activities that aren’t considered aggressive — like eating a plant-based diet, avoiding alcohol and tobacco and limiting other harmful behaviors.

“It’s not so much the macho, strong, warlike thing,” he said. “It’s not warrior behavior to eat all your veggies and make sure you have enough fiber.”

For ethical reasons, the researchers focused their study on people free of cancer. But it wouldn’t surprise them, Schwarz said, if the war metaphor encouraged patients to prolong painful treatments when palliative or hospice care might be a better approach.

Acceptance is always the last thing to come around. You always hope it comes early enough that they still have months of life left.

It’s a phenomenon that Patrick Williams sees on a regular basis. He’s a radiation oncologist who completed his residency at the Keck School of Medicine and now practices at a cancer treatment center in Santa Maria, Calif.

“Acceptance is always the last thing to come around,” he said. “You always hope it comes early enough that they still have months of life left so they can enjoy their final time. So often we deny death until the very end, and then you’re doing CPR and breaking people’s ribs, trying to keep them alive.”

Health professionals try to shift thinking away from “war on cancer”

Many patients embrace fighting language early in their treatment, Williams said. Because of recent advances in cancer care, many of them win that battle. That might encourage an aggressive mindset among those with more advanced disease, he fears.

When someone with late-stage cancer has a fighter mentality, it makes it difficult for doctors and family members to talk through treatment options like palliative or hospice care, he said. Although he doesn’t explicitly counsel his patients not to view their disease as an enemy, he gives them little psychological nudges to take a different approach.

“I tell them things like, ‘Think about it as you’re living with cancer, not that you’re dying from cancer,’” Williams said.

For some people, the shift in perspective comes quickly. Williams recalled a recent patient who came in with stage 4 bladder cancer. It had spread throughout his bones, but the man and his wife insisted he would make a full recovery.

“Just three weeks ago, he’s telling me, ‘I’m going to beat this’ — again, that battle metaphor,” Williams said. “Now they are talking about hospice. That evolved in a three-week period.”

USC experts want to change how we talk about serious illness 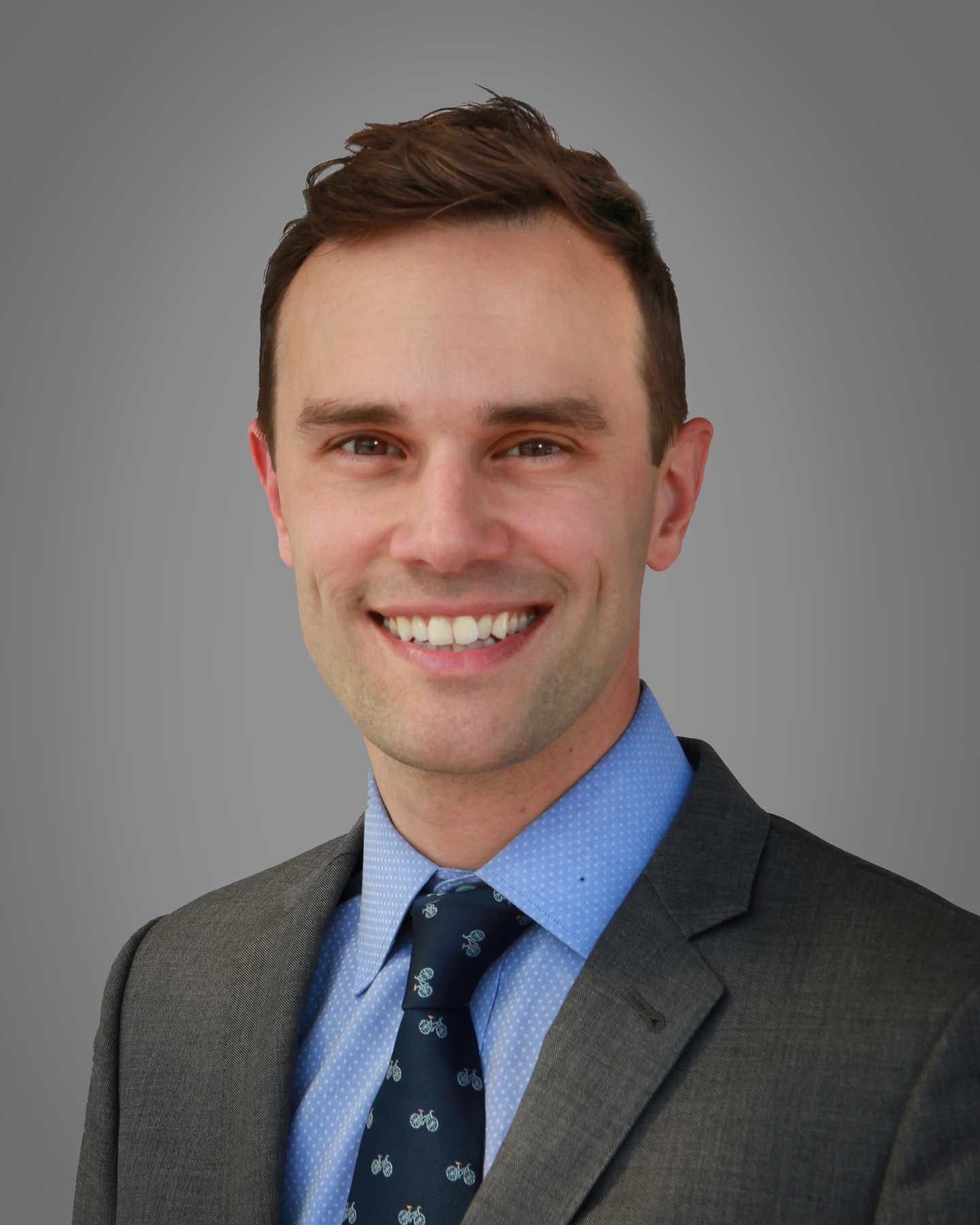 Cancer doctor Patrick Williams, who completed his residency in radiation oncology at USC, avoids using war or battle imagery when speaking with his patients. (Photo/Courtesy of Patrick Williams)

Williams understands the inner struggle his patients face. His first daughter was born with a terminal illness, so he recognizes the desire to hold on to hope.

But ensuring comfort and quality of life doesn’t mean giving up, he said. Williams and his wife enrolled their daughter in physical and visual therapy, even as morbid thoughts swirled in his mind about the ultimate futility of their efforts.

“Like every caregiver of a patient with terminal cancer, I harbored selfish dreams to see her live a long life while also longing for the day that her suffering would finally cease,” he wrote in an article in a cancer research journal. They ultimately decided against potentially painful treatments, opting instead to spend quality time with their daughter and keep her comfortable.

“I think the best attitude in patients is when they don’t think of it as a fight,” Williams said. “They ask me questions like, ‘What can I do to help the treatment work better?’ Those are the ones I feel best about.”

Schwarz is hopeful that norms will change around the language used to describe serious diseases. As cancer therapies advance and the goal shifts away from finding a cure toward a focus on control and longevity, he expects a similar movement away from descriptions of “conquering” the disease.

Puri, the palliative care expert, also encourages her patients to avoid viewing cancer and other serious diseases as something to battle against. In her book That Good Night: Life and Medicine in the Eleventh Hour, she describes fighting language as “armor that doubles as a veil,” shielding people from being vulnerable and open with themselves and their loved ones.

“Do we know how to listen when the body tries to tell us that it is dying despite our best efforts to forestall death?” she wrote. “If we are giving patients the weapons to fight these so-called battles, isn’t it our responsibility to help them understand what may and may not be possible to fight for, with what ammunition, and with what consequences?”

Reframing serious disease as a journey could be healing approach

Instead of a war or fight, Puri encourages her patients to view a diagnosis of cancer or another life-threatening health problem as a journey.

We don’t know what awaits us on any journey, and that’s definitely true for an illness, but we also have a bit of say in how a journey unfolds.

“We don’t know what awaits us on any journey, and that’s definitely true for an illness, but we also have a bit of say in how a journey unfolds,” she said. “It’s empowering and value-neutral. It also allows for a certain amount of mystery, and you can change your mind about what you want.”

Janey, the woman in her 50s with late-stage cancer, eventually confessed to Puri that she felt like she would be giving up on her family if she didn’t pursue every available treatment. But she also recognized that all those procedures kept her in a hospital bed rather than enjoying life with her husband, daughter and other loved ones.

She ultimately decided to enroll in hospice care, Puri said, convinced that fighting for comfort and quality time with her family was more important than fighting for a few more months of uncomfortable treatments and pain.

Puri received updates from Janey in the weeks that followed — a photo of the family enjoying a dinner together, a recap of her daughter’s stellar grades. Then her husband reached out to let Puri know Janey had died in her sleep, without any apparent pain.

In a card that Puri now keeps on her desk, he wrote: “I think she came to see that letting go and giving up aren’t the same thing.”

Palliative care specialists focus on a patient’s quality of life

Precision in language is essential for team members working with people to help them live the best lives they can despite having a serious illness.

What Makes a Good Life—and Death? Sunita Puri Explores It Through Writing

A palliative care physician explores the role of medicine in helping us live and die well.

In an op-ed, USC’s Sunita Puri notes many patients find it empowering to describe themselves as “fighting” and “beating” cancer. But others say that very language divides the sick into winners and losers, and can allow patients to hide some deeply felt emotions.

Death may be the great equalizer, but the inequalities suffered in life become inequalities in the experience of dying as well, notes Sunita Puri of Keck Medicine of USC.

When it comes to cancer, fighting words might be the wrong approach