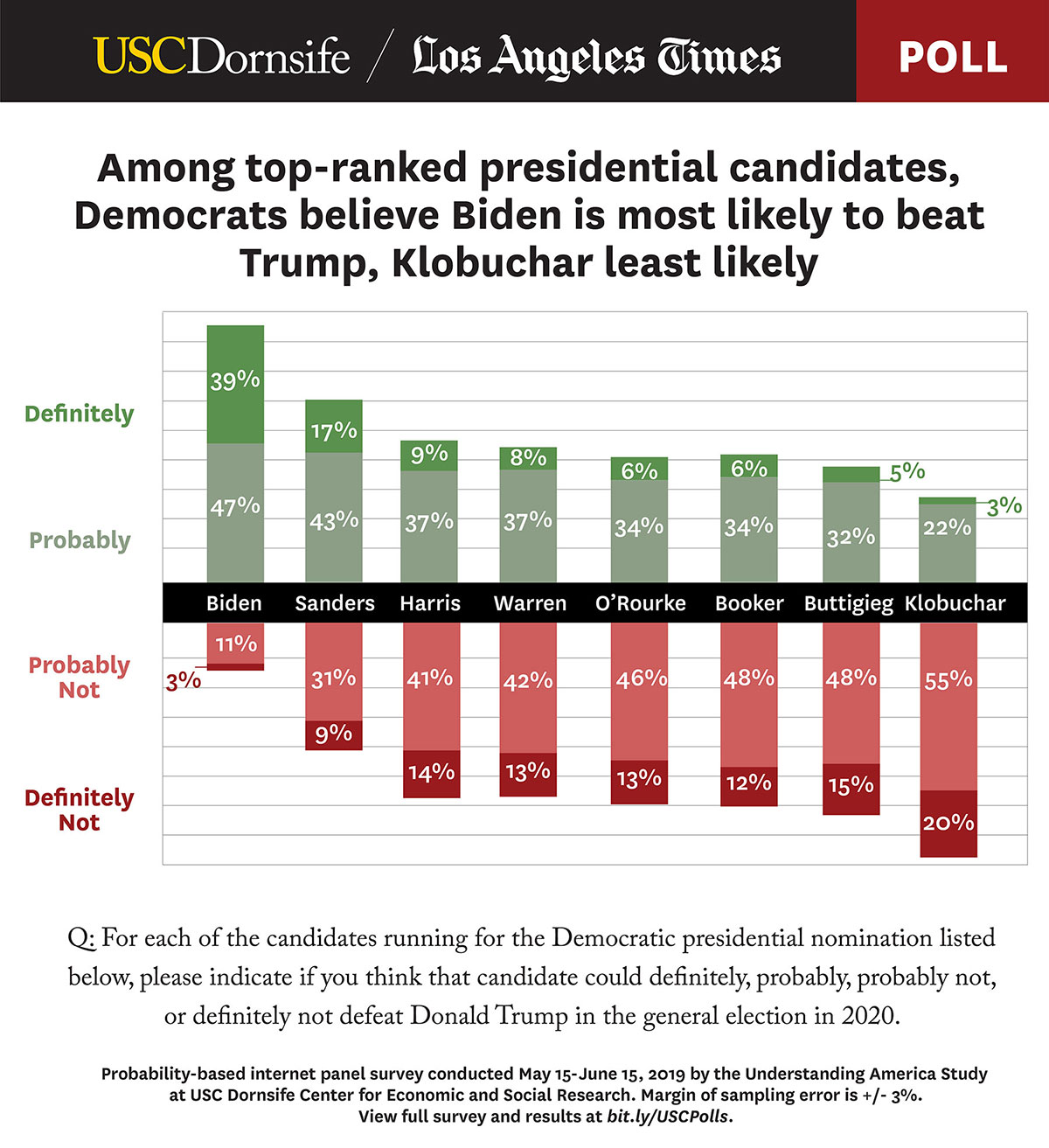 More than half of Democratic voters overall believe a white male candidate is the most likely to beat President Donald Trump. Voters chose a white male more often than other generic categories regardless of whom they support—and in most cases regardless of their own ethnicity and gender—USC Dornsife/Los Angeles Times national tracking poll shows. 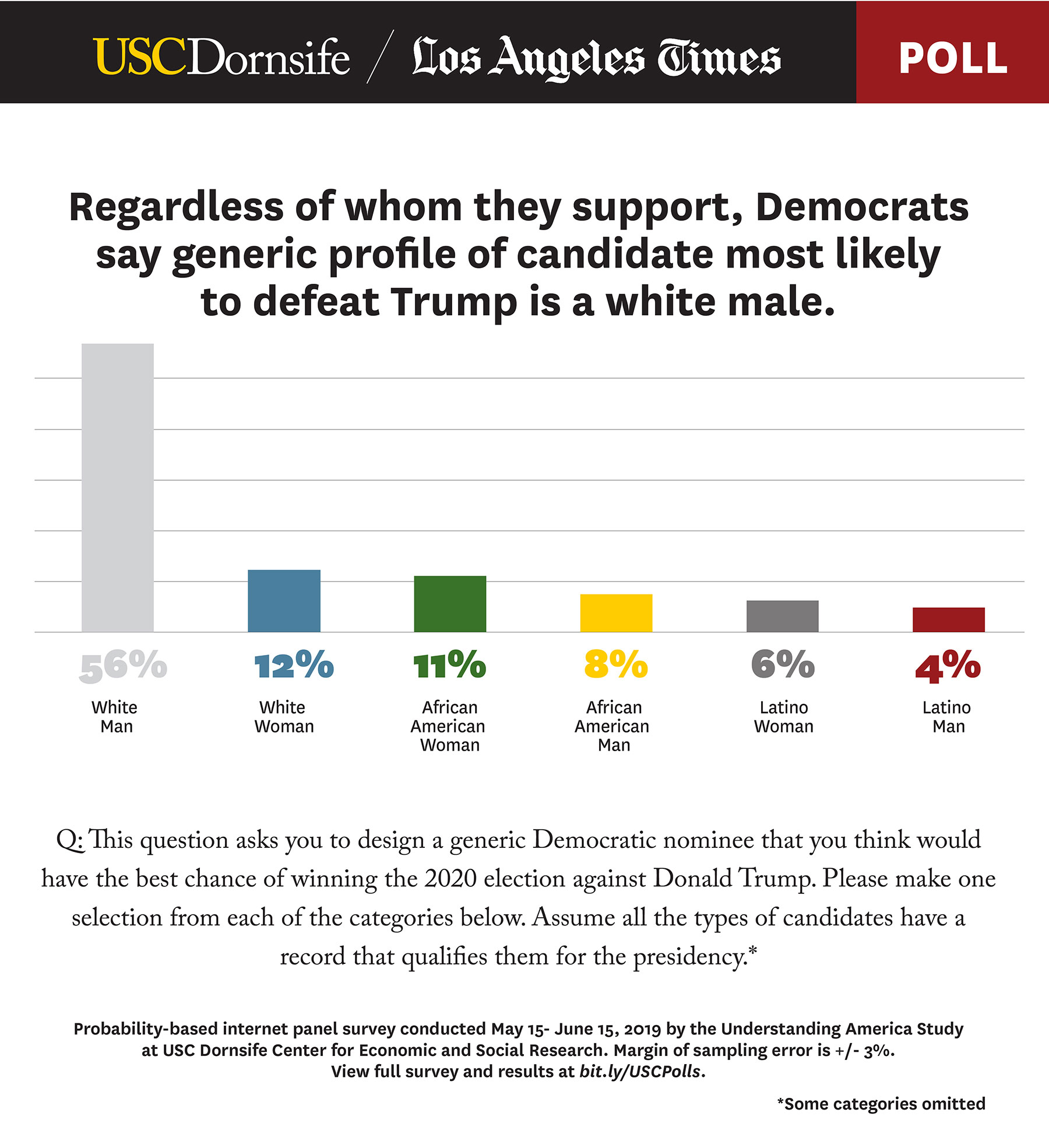 Candidate most likely to beat Trump

When asked about specific candidates, Democrats rated Vice President Joe Biden as the most likely among top-ranked presidential candidates to beat President Trump, with 86% saying Biden could “probably” or “definitely” beat Trump. 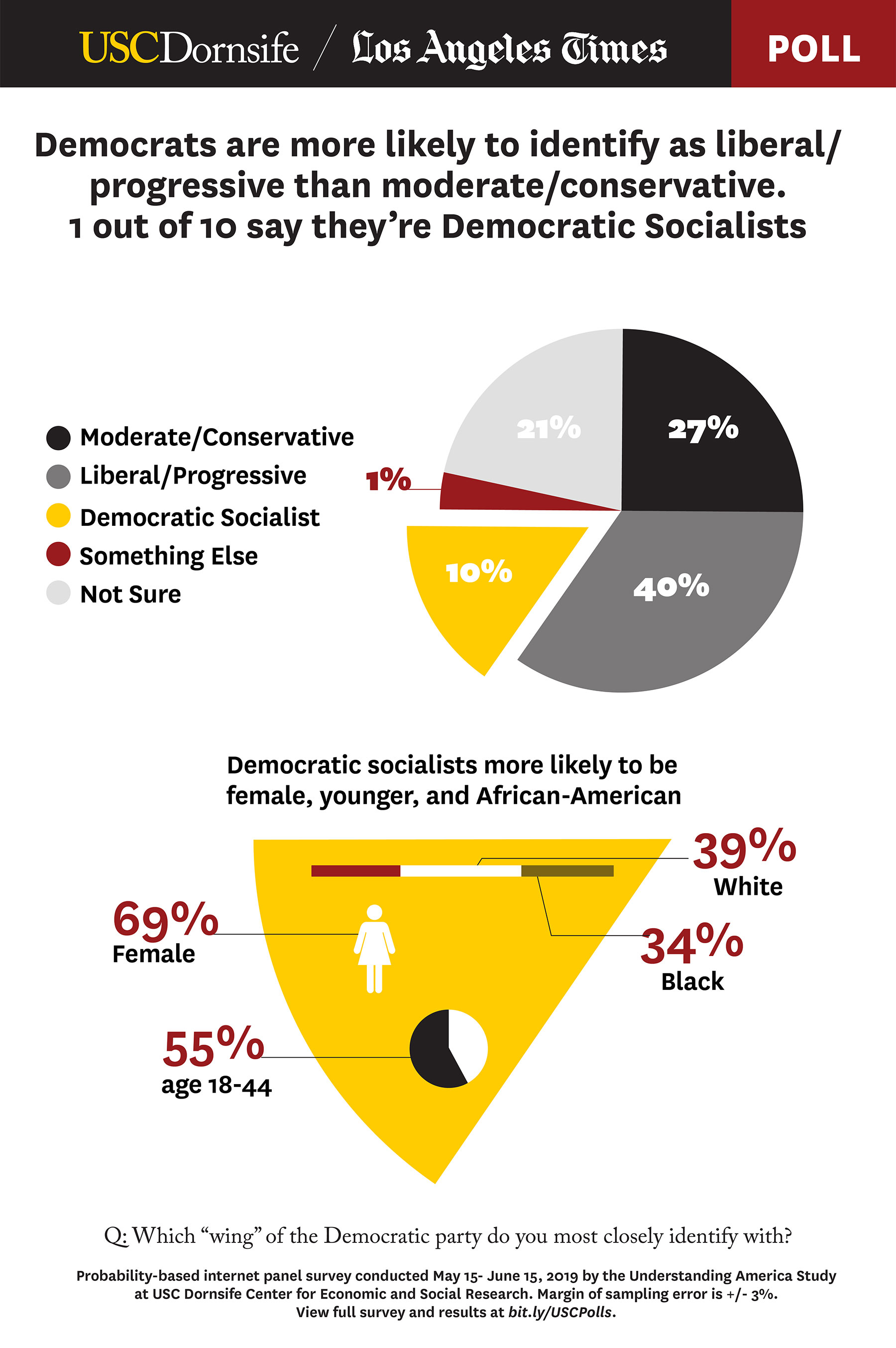 How Democrats identify themselves

The survey results also revealed that more than two-thirds of Democrats identify themselves as liberal/progressive or moderate/conservative. Forty percent described themselves as liberal/progressive and 27% identified as moderate/conservative. Only 1 in 10 Democrats identified as Democratic Socialists; of these Democrats, one-third are African American, more than half are younger voters and two-thirds are women.

Poll methodology: The sample of 5,108 eligible U.S. voters participated from May 15 to June 15, 2019. They are members of USC Dornsife’s Center for Economic and Social Research’s Understanding America Study (UAS) probability-based internet panel. The poll was conducted online in respondents’ choice of English or Spanish. The overall margin of sampling error is +/- 2 percentage points for all U.S. eligible voters and +/- 3 for 2020 Democratic primary voters.

Why the USC Dornsife/L.A. Times presidential poll is unlike other polls

The poll’s results, updated nightly, have often differed from its counterparts’ numbers since it debuted in July.

USC Dornsife/Times Poll: Californians worry about trade deals but are optimistic about the economy

Majority of voters believe trade with other countries leads to lower consumer prices.