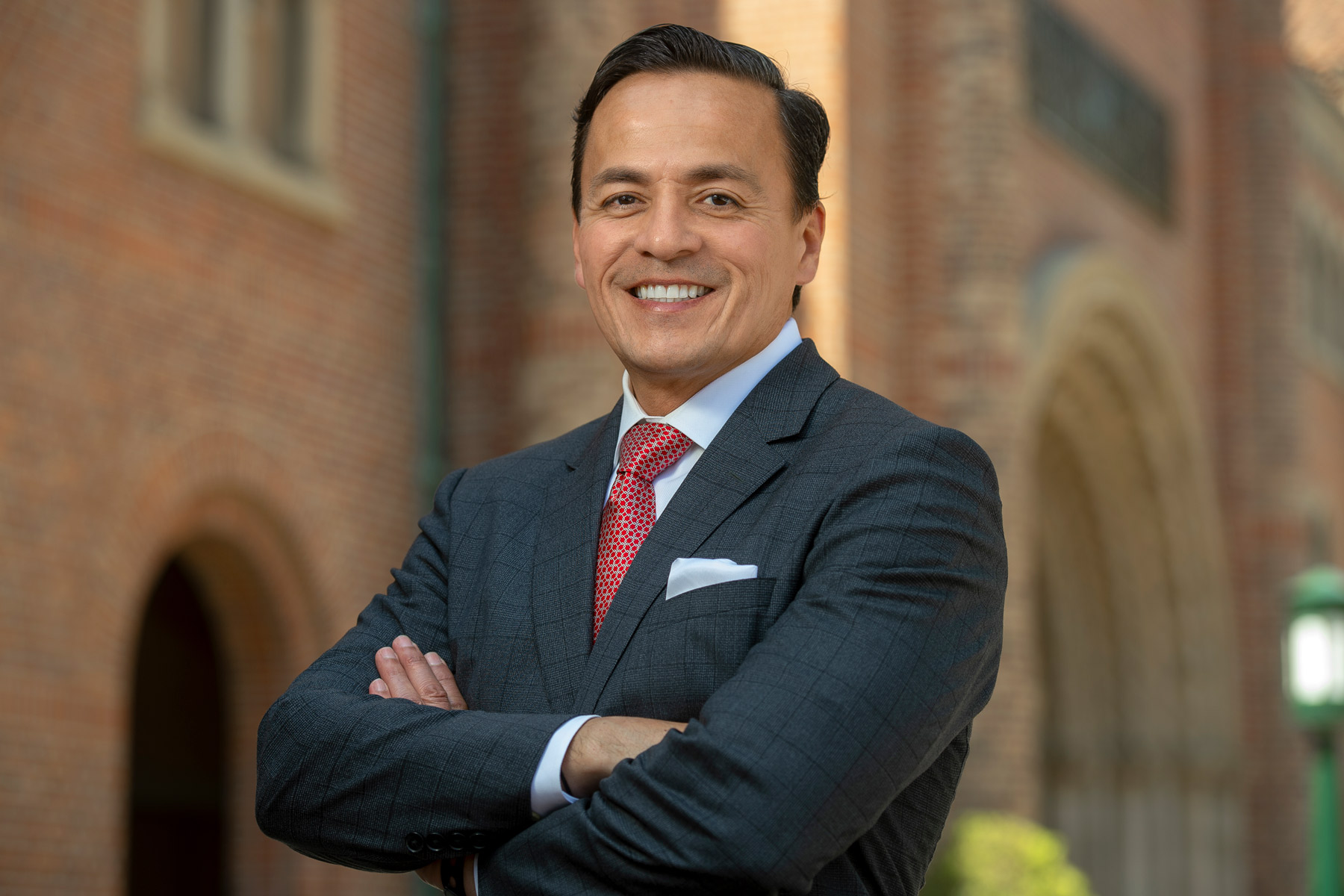 Financial services professional Michael Felix has been elected to the USC Board of Trustees.

As global head of investment operations for Los Angeles-based The Capital Group Companies, he has overseen a team of more than 900 associates across the globe. He is also a longtime USC supporter who has held leadership positions with many alumni groups, including his most recent post as president of the USC Alumni Association Board of Governors.

“Michael Felix is an exceptional member of the Trojan Family with a remarkable history of service to the university,” USC interim President Wanda M. Austin said. “His dedication to his alma mater — coupled with his extraordinary financial expertise — make him a terrific addition to our board. His passion and experience will certainly prove invaluable.”

I am humbled to be joining a group of such accomplished individuals who have each done so much for USC and beyond.

Felix earned his bachelor’s degree in business administration from the USC Marshall School of Business in 1983. He has since served the university in many volunteer roles, including past chair of the USC School of Dramatic Arts Board of Councilors, USC Caruso Catholic Center Advisory Board and USC Latino Alumni Association Corporate Advisory Council.

“I am humbled to be joining a group of such accomplished individuals who have each done so much for USC and beyond,” Felix said. “I look forward to learning from their experience and wisdom. I am also excited to be joining this board during a period when governance is particularly critical. I love to engage when there is lots of work to do, so this opportunity at this time is very appealing to me.”

A Southern California native, Felix grew up in nearby Pico Rivera and attended USC as a first-generation college student, meaning he was in the first generation of his family to earn a university degree. He supported himself during school with a work-study job on campus and through other part-time positions.

After completing his degree, he worked with Deloitte Haskins & Sells in Los Angeles and became a certified public accountant. In 1987, Felix joined The Capital Group Companies and climbed the ranks during the following three decades to his most recent role overseeing global investment operations. He also has served as a director, senior vice president and treasurer of several other subsidiary companies within the firm.

As his career flourished, Felix began giving back to USC by volunteering with the USC Latino Alumni Association. His connections to the university grew stronger when his two daughters, Taylor and Jordan, became students and Song Girls at USC. Their passion for dance inspired Felix to support the USC School of Dramatic Arts and later the USC Kaufman School of Dance, where his wife, Debbie, now serves on the Board of Councilors. The Felix family’s ties to USC continue with son, Austin, a senior studying economics.

Michael Felix also serves as a board member of the USC Associates. The USC Alumni Association recognized his longtime volunteerism with its Alumni Service Award in 2014.

As a USC trustee, Felix plans to continue his efforts to support all students, strengthen diversity and inclusion efforts and build stronger connections with young alumni. He is also passionate about ensuring that students from underrepresented and diverse populations take advantage of opportunities at USC and access the benefits of the Trojan Family once they graduate.

“As a first-generation college student, I know firsthand how challenging the journey can be — not even knowing what questions to ask, what resources exist or how to navigate college life,” he said. “I want to help level the playing field and create transformative opportunities for those from underprivileged circumstances. Getting into USC is one thing, but leveraging all it has to offer is another thing.”

The philanthropist and Trojan alumna brings her business acumen and passion for community service to the university’s governing board.

The past president of the USC Alumni Association Board of Governors oversees one of the largest office and multifamily residential real estate firms in Los Angeles.