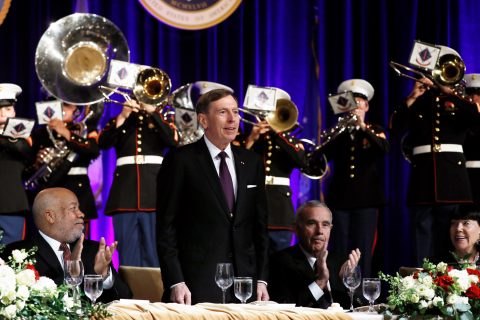 Two of the nation’s top retired military leaders were featured at USC’s annual celebration for the military — the 10th annual USC Veterans and ROTC Gala, held Monday at The Westin Bonaventure Hotel in downtown Los Angeles.

The university organizes the event each year to recognize hundreds of USC veterans and their spouses and ROTC cadets and their officers. The gala includes ranging from a march to a cake to a somber remembrance of the fallen. The USC-ROTC partnership has endured for more than century.

One military hero salutes another at the annual Leadership Lecture in Virginia.

Today’s reserve officers in training draw on a long legacy of service.

🇺🇸 Military Appreciation Week: Julianne Nordhagen, who has demonstrated leadership at USC, looks forward to the intense competition ahead in Florida.