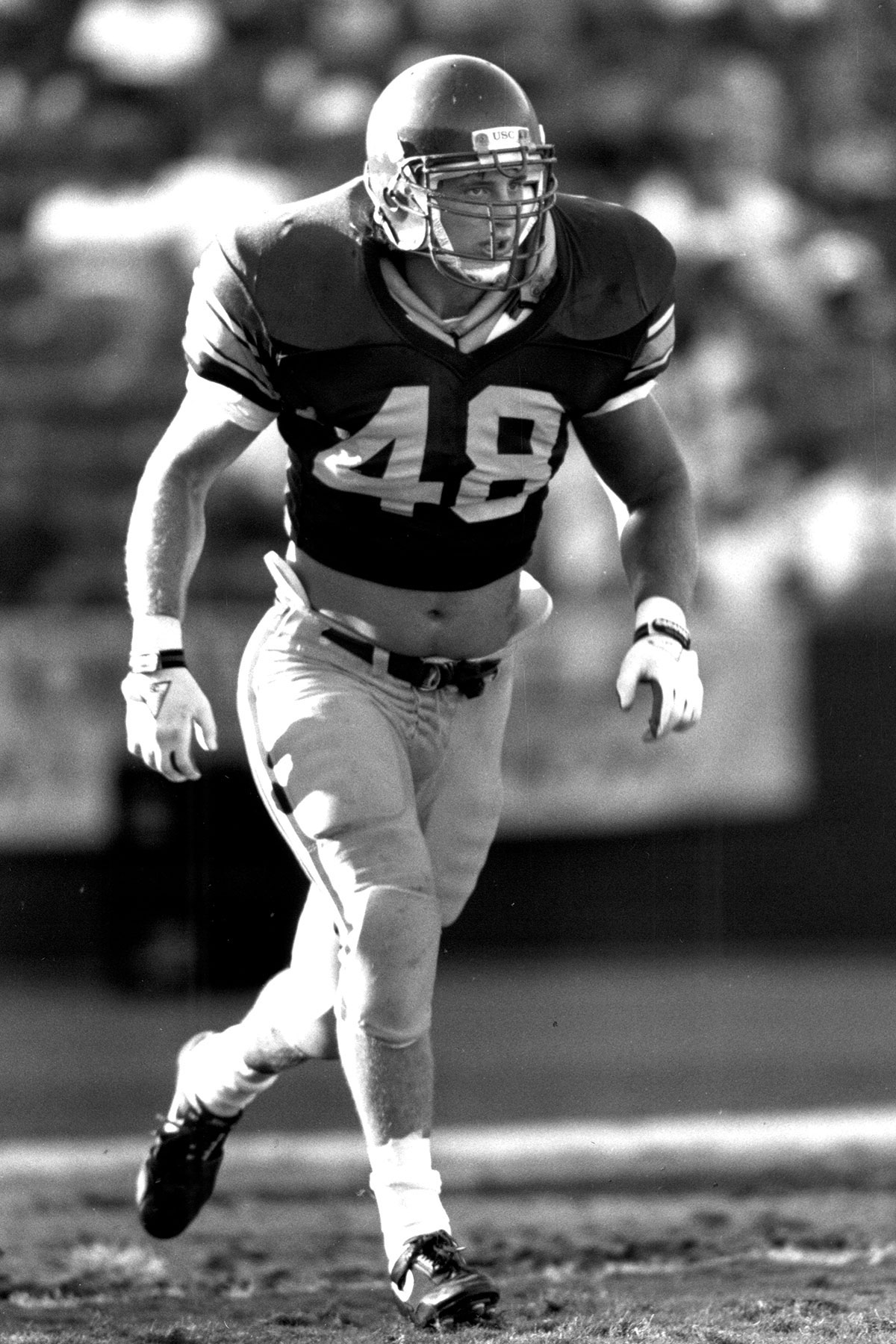 Matt Gee was the Trojans’ captain in 1991, when he led the team in tackles. (Photo/Courtesy of USC Athletics)

Former USC inside linebacker Matt Gee, the Trojans’ 1991 captain when he led the football team in tackles, died in his sleep Monday in Simi Valley. He was 49.

He came to USC from Arkansas City High School in Arkansas City, Kansas, where he was an All-American linebacker and fullback.  He also won the state’s javelin and shot put titles as a junior in 1987, when he had the nation’s best high school mark in the javelin.

After USC, he started his own insurance agency in Simi Valley.

He is survived by his wife, Alana, and his children, Tucker, Tanner and Malia.

Virginia Tufte, 101, gifted teacher at USC Dornsife for a quarter of a century

One of the most celebrated scholars of her time, her fields of expertise were Renaissance poetry, Milton, the history and grammar of English and literature by and about women.

The physician, pathologist and teacher was the first woman chair at USC’s medical school.

The emeritus professor of pediatrics was influential in the establishment of the cancer center.