“I was incredibly nervous,” she recalled. “I had been preparing to make sure I knew each detail of any issue or bill we might talk about.”

Ultimately, the experience of advocacy is about connecting with a representative over our shared passions of serving and helping the public.

“We shared personal stories about how we’d been affected by this huge, national problem,” Wallace said. “That was a learning moment. Ultimately, the experience of advocacy is about connecting with a representative over our shared passions of serving and helping the public. It was really amazing.”

Student involvement in advocacy at state and federal levels has long been rooted into USC’s DPT curriculum, with students participating in everything from writing letters to face-to-face meetings with representatives on Capitol Hill.

“There are many opportunities for our students to advocate on behalf of the profession and patients with those who can initiate action,” said Cheryl Resnik DPT ’97, associate chair and associate professor of clinical physical therapy — and one of the key champions of USC’s advocacy efforts. “This is really about advocating to change law on behalf of the public.”

USC students have participated in several successful advocacy campaigns, including working to keep physical therapy designated as an essential health benefit within the Affordable Care Act and improving physical therapy access for California children with disabilities.

“Frequently, we complain about what’s wrong with the health care system, but we don’t teach people that they can change it,” said Yogi Matharu ’95, DPT ’98, assistant professor of clinical physical therapy, who teaches advocacy as part of his health care systems course. “If a patient needs something different, we need to contact the people who can make those decisions through our legislative process.” 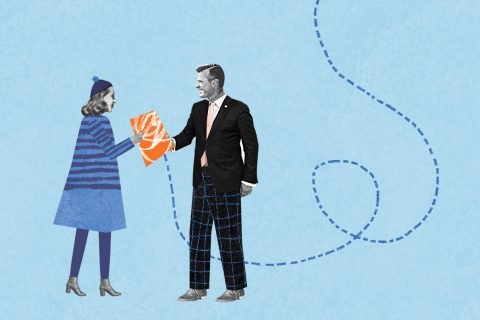 Thanks to these advocacy efforts, USC has earned several accolades, including the American Physical Therapy Association Student Advocacy Challenge. The contest was created in 2010 to inspire physical therapy students to advocate at the state and federal levels, and USC has won the challenge five out of the past six years.

“Students earn points for certain advocacy activities,” Resnik explained. “You can write letters or make phone calls, but the most points come from visiting legislators.”

Resnik first incorporated student advocacy into one of her classes when the California Physical Therapy Association was proposing a bill that would give patients direct access to physical therapy without a referral.

“Patients could get an evaluation from a physical therapist, but we couldn’t start treatment until someone, like a physician, provided a diagnosis,” Resnik said. “The [proposed] legislation would allow patients the ability to go directly to a physical therapist, get evaluated and have their insurance pay without having to go through any gatekeepers.”

Resnik sent her students out to educate their legislators about the bill, prepared with several talking points.
“Everyone thought it was so valuable to see how the process of advocating for their profession worked,” she said. “The students decided I should keep it as a regular part of the class.”

Successfully effecting change by training physical therapists to be advocates

Scott McAfee DPT ’16 became heavily involved in advocacy efforts, thanks to Resnik. “She really showed me the importance of having your voice heard and why advocacy matters,” he said.

During his time at USC, McAfee served on the APTA Student Assembly Board of Directors and attended meetings with assembly members and district representatives.

At the end of the day, we’re working so that our profession can change people’s live.

“At the end of the day, we’re working so that our profession can change people’s lives,” he said. “We want to make sure patients have access to physical therapy, and this access isn’t limited.”

In 2015, McAfee and several other USC students traveled to Washington, D.C., to meet with national representatives in the House and Senate, advocating to repeal the Medicare cap on physical therapy.

“Patients on Medicare had an arbitrary dollar cap on treatments,” Resnik explained. “So whether you were being treated for an ankle sprain or a stroke, there were only a certain number of visits Medicare would pay.”

After years of consistent advocacy, the cap was recently repealed.

“It was exciting to be a part of that from the beginning,” McAfee said.

USC’s future advocacy efforts include adding physical therapists to the list of professions eligible for loan repayment if they work in underserved areas, as well as legislation that will give patients faster, unrestricted access to physical therapy.

In addition to improving patient care, students learn skills though advocacy they can apply to other areas. “It’s not just about talking to legislators,” Matharu said. “Students will have to learn to advocate on behalf of their patients with insurance companies, physicians and other providers.”

Wallace agrees that developing this experience is essential.

“It’s important for patients and for myself — like when I’m getting a job or negotiating a salary,” she said. “It showed me some of my strengths and areas I’d like to work on.”

When asked if Wallace plans to continue advocacy activities after graduation, she responds quickly and with conviction.

“Definitely, without a doubt,” she said. “It’s important to speak up and speak passionately so we can improve the quality of health care and encourage our community leaders to do the same.”

A collaboration between the university’s physical therapy and dentistry programs leads to more work with less pain.

Have a headache? Here’s an option when medication and massages don’t provide relief

Leukemia and a rare side effect of chemotherapy didn’t stop Brandon Hsu. Instead, they inspired him.