They’ve learned what it’s like to endure a rigorous edit, watching words fall off the page with new words squeezed in. In composition notebooks, the men have filled pages with their regrets, fears and painful acknowledgements, and with sharp clarity on the fragility of freedom and life.

Eight men who are transitioning back into society after years of incarceration have been participating for years in a writers’ workshop at The Writing Program. With help from a $7,300 USC Good Neighbors Campaign grant, they now have reached the milestone that all writers hope for to legitimize their craft: Their work has been published.

Copies of the 48th Street Anthology: Stories from the Truly Free debuted this summer. The book is available at no cost upon request.

The former prisoners and their Writing Program mentors celebrated the achievement with a night of readings at the With Love Market & Cafe on South Vermont Avenue near USC’s University Park Campus.

Stephanie Bower and John Murray, both associate professors (teaching) of writing at the USC Dornsife College of Letters, Arts and Sciences have worked closely with The Francisco Homes transition program for more than a decade, but launched the workshop for men there two years ago after learning about a pop-up writing workshop for underserved populations.

Assistant Professor (Teaching) of Writing Emily Artiano and lecturer Benjamin Pack joined them to coach the men, helping them to hone their craft.

Ever since the workshop began, the men have met with the professors and lecturers for 90-minute sessions about once a week, sharing their writings and discussing their craft.

“The authors whose stories are included in this collection provide a rare opportunity for readers to better understand the lives of people who have served decades-long prison sentences,” Murray writes in a foreword to the anthology.

The stories, essays and poems that fill the pages touch on themes such as liberation, joy, forgiveness and loss. They describe painful childhoods and the inescapable burden of regret.

“A rubber hose, slicing air with malice, welts the back of a naked boy tied helplessly to a tree,” writes Johnny Salmon. “As the welts burst into tears, tiny lungs erupt into screams of familiar pain, to the whimpers of a beaten dog.” 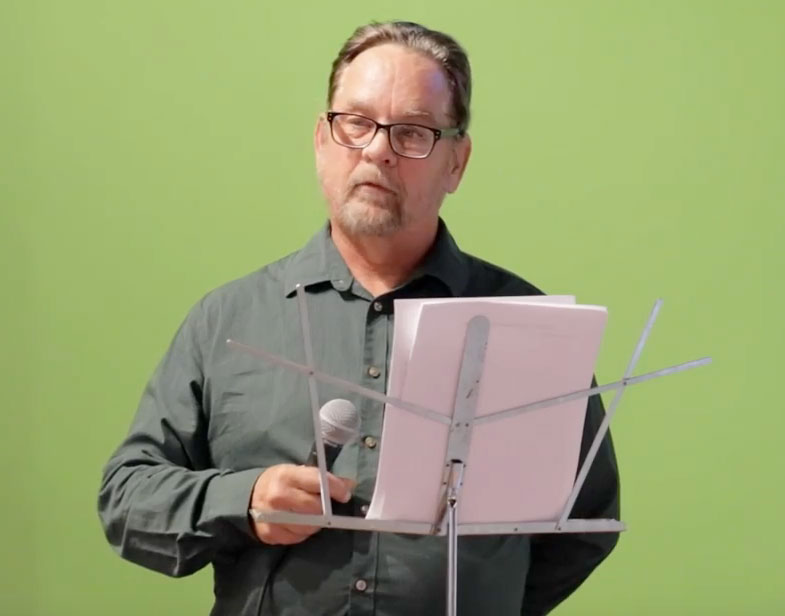 David Smith is among a new group of writers whose work was published in an anthology with help from USC Good Neighbors. (Photo/Mary Trunk and Paul Sanchez)

An eye-to-eye examination of a gorilla leads David Smith to the painful realization that a zoo is a prison.

“There was a point in his life where he was a proud king; a ruler of his domain. Running, swinging in trees … whatever it is gorillas do, I could see. Now the loss of that life shows through his tearful eyes,” Smith writes. “It seems as though he wants to place his hands on the window, so without thinking I place my hand there. He is staring back at me with a look of what could only be sorrow.”

K.L. Kristiansen recalls how a tower loomed over the prison, with a bird’s-eye view of all below, inside and outside the walls. “Has it come to an ending or is this a start? / Do you stand by a justice, that made you so strong, / Or blind to the horrors, and be damned the wrong?”

The former inmate writing anthology is available upon request by contacting Bower.

Trojan, now writing with an HBO mentor, sees a story in everyone

Sara Alize Cross has been spinning yarns since childhood, and it pays off with a fellowship under the guidance of an HBO comedy executive.