A new, comprehensive survey led by USC scientists shows the Southern California coast harbors some of the world’s highest concentrations of an algal toxin dangerous to wildlife and people who eat local seafood. 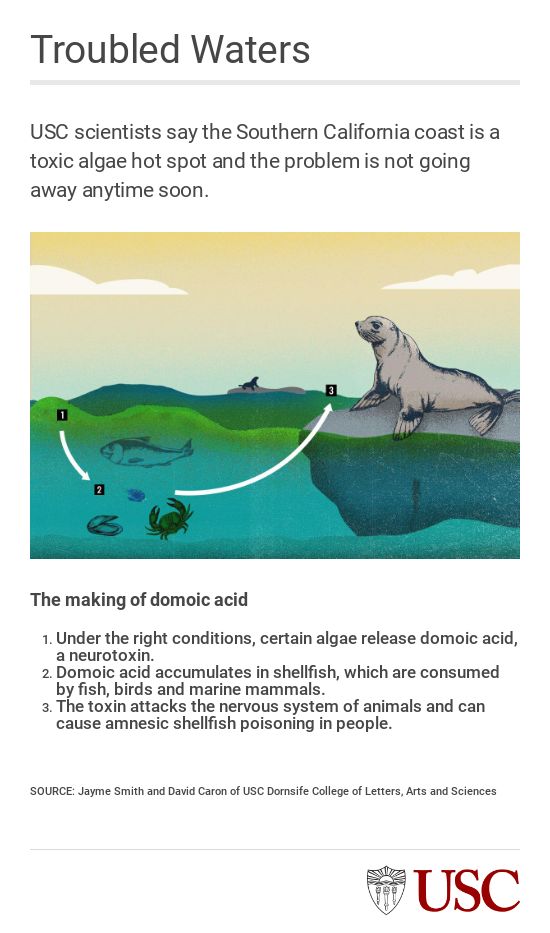 Episodic outbreaks of algae-produced toxins make headlines every few years when stricken marine animals wash ashore between Santa Barbara and San Diego. The USC research is the most thoroughgoing assessment yet and reveals the growing scale of the problem over the last 15 years. The researchers say their findings can help protect human health and environment by improving methods to monitor and manage harmful algal blooms.

The findings are a “smoking gun” linking domoic acid produced by some types of algae to deaths of marine birds and mammals, according to David Caron, a biologist at the USC Dornsife College of Letters, Arts and Sciences, and postdoctoral researcher Jayme Smith, the study’s main authors.

“We are seeing an increase in harmful algal blooms and an increase in severity,” said Caron, also a researcher with the USC Wrigley Institute for Environmental Studies. “The Southern California coast really is a hot spot and our study also shows that the concentrations of particulate domoic acid measured in the region are some of the highest – if not the highest – ever reported.”

The findings appear in the journal Harmful Algae.

Domoic acid is produced by microscopic Pseudo-nitzschia, needle-like diatoms in the water; half of the species in its genus can produce the neurotoxin. It can stain the ocean, a condition generically called “red tide,” although this particular toxin is brown. The substance accumulates in shellfish and moves up the food chain, where it attacks the nervous system of fish, birds, seals and sea lions. It can cause amnesic shellfish poisoning (ASP) in people. ASP symptoms include rapid onset of headaches, abdominal pain, cramping, nausea or vomiting; severe symptoms include permanent short-term memory loss, seizures, coma or shock in 48 hours. Although human fatalities are rare, the California Department of Public Health monitors coastal waters and shellfish for the toxin.

Research from Santa Barbara to the Mexico border 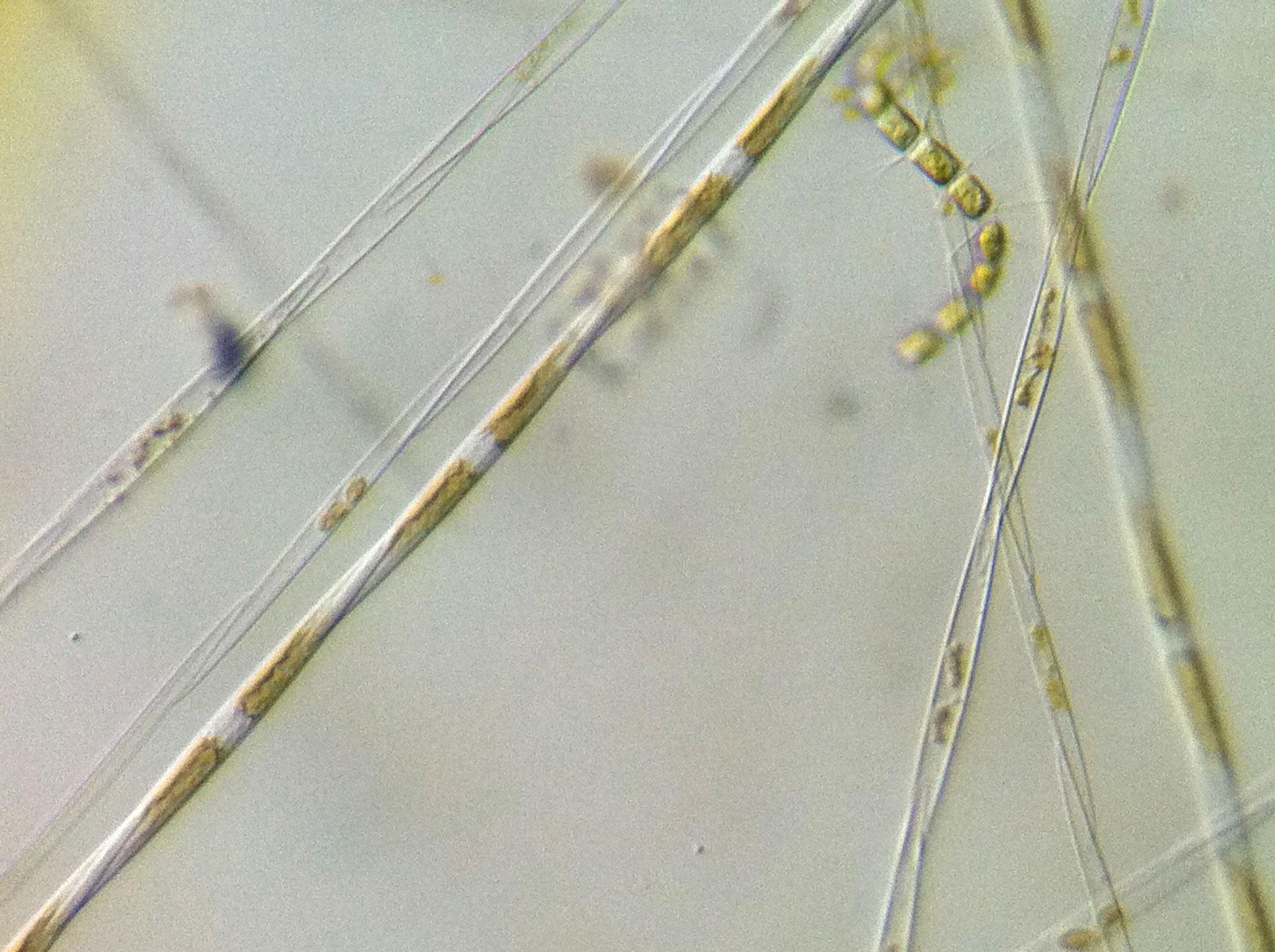 The research encompasses the years 2003 to 2017 between Santa Barbara and the Mexico border, and includes new samples and tests collected over the past three years to supplement historical data. The study suggests that while natural processes lead to the formation of blooms, they could be exacerbated by nutrients discharged from man-made sources, including runoff and sewage outfalls.

Among the key findings:

Also, a warming Pacific Ocean appears to be helping spread Pseudo-nitzschia species farther north. For example, harmful algal blooms have been widespread along the west coast of North America from Central California to Alaska in the past two years, according to the study.

The study brings together diverse data and observations that shed light on the environmental conditions that promote harmful algal blooms. Of note, an extreme drought across the U.S. Southwest between 2014 and 2016 resulted in very low concentrations of domoic acid off the Southern California coast. The findings imply a link between surface waters flowing to the ocean, or other drought-related conditions, and coastal algal blooms.

“Our findings summarize our present level of understanding with respect to this important animal and human health risk in Southern California waters and identify several avenues of research that might improve understanding, prediction and eventually prevention of these harmful events,” Smith said.

With toxic algal blooms – which can increase the amount of harmful toxins in the shellfish that California residents consume – ramping up in frequency and severity locally, USC scientists have developed a new method to monitor algae in hopes of one day being able to predict when and where toxic “red tides” will occur.

Microorganisms battle it out within algal blooms

Looking closer, researchers discover that algal blooms in the ocean encompass microscopic battles, with the front lines shifting on a daily basis.

Aquatic robotics attracts the attention of a budding engineer