Ten USC students are starting a new tradition as they move into USC veterans’ housing. These are the first housing units at USC designated for student veterans.

All branches of the service will be represented in the housing units. University officials say they reflect USC’s commitment to providing military veterans access to higher education.

“We are so pleased to be able to offer this housing option to our student veterans for the first time this year,” said Mark Todd, vice provost for academic operations. “Housing is an important issue for veterans everywhere, and we know that’s especially true in Los Angeles.”

The students will be housed in two side-by-side structures on 32nd Street, just a block north of campus.

“At USC, we’ve been doing a lot to ease the transition from serving in the military to being a student,” Todd said. “Veterans’ housing reduces a lot of stress which, in turn, translates into having a better academic experience.”

Housing has long been a goal for the university. The idea picked up speed under last year’s USC Veterans Association President Sebero Quintero Lopez, who is majoring in Italian and economics. Lopez has worked extensively in real estate.

“What I do is put people in homes,” Lopez said. “This was an extension of that. I talked to student veterans, and a lot of them told me, ‘all money goes to rent,’ so I wanted to do something about it.”

Lopez made student veteran housing a priority during his presidency, and it paid off with help from administrators and USC Housing.

“I started knocking on doors when I heard about possibilities,” Lopez said. “We got enthusiastic support from [USC] Housing and the provost’s office.”

A place to stay for USC veterans in college 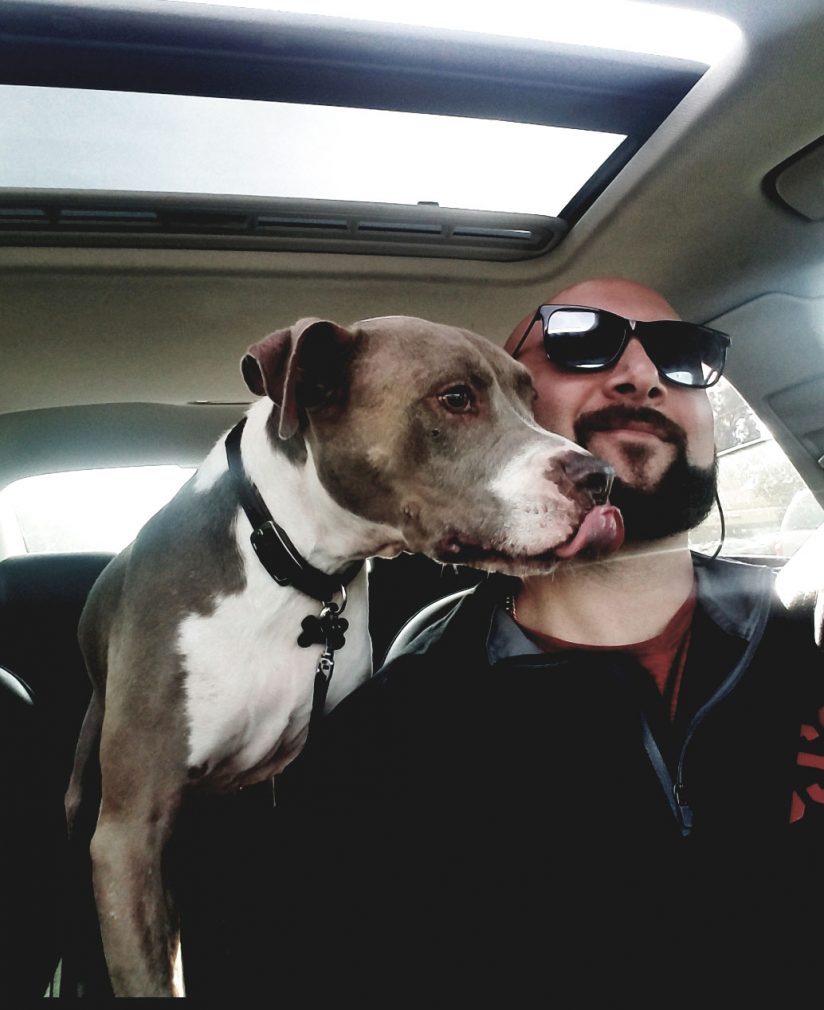 “When I was a kid, I’d see the campus and think, ‘I can’t believe people go to college there,” said Brandon Wexler, current president of USC’s Veterans Association, who will serve as resident adviser on the property. “Now, here I am.”

During a rough patch that followed active duty, Wexler struggled and veered close to homelessness. A landlord who had served in the military came to Wexler’s aid, and so did a dog named Bentley. The dog is making a new home alongside Wexler at USC.

“Bentley’s got to be here,” Wexler said. “He came from an abusive situation, and we grew at the same time, to get over the situations we were in.”

The Navy veteran has a double major in cognitive science and linguistics. He plans to pursue a doctorate in cognitive neuroscience after graduation next year.

“Now I have the tools to help other veterans at USC,” Wexler said. “I can tell them ‘the university’s providing affordable housing for us. You have a place to stay.’”

Three Trojans find more autonomy in the military, where they are the first line of defense when injuries occur.

USC veterans find a place of their own to call home