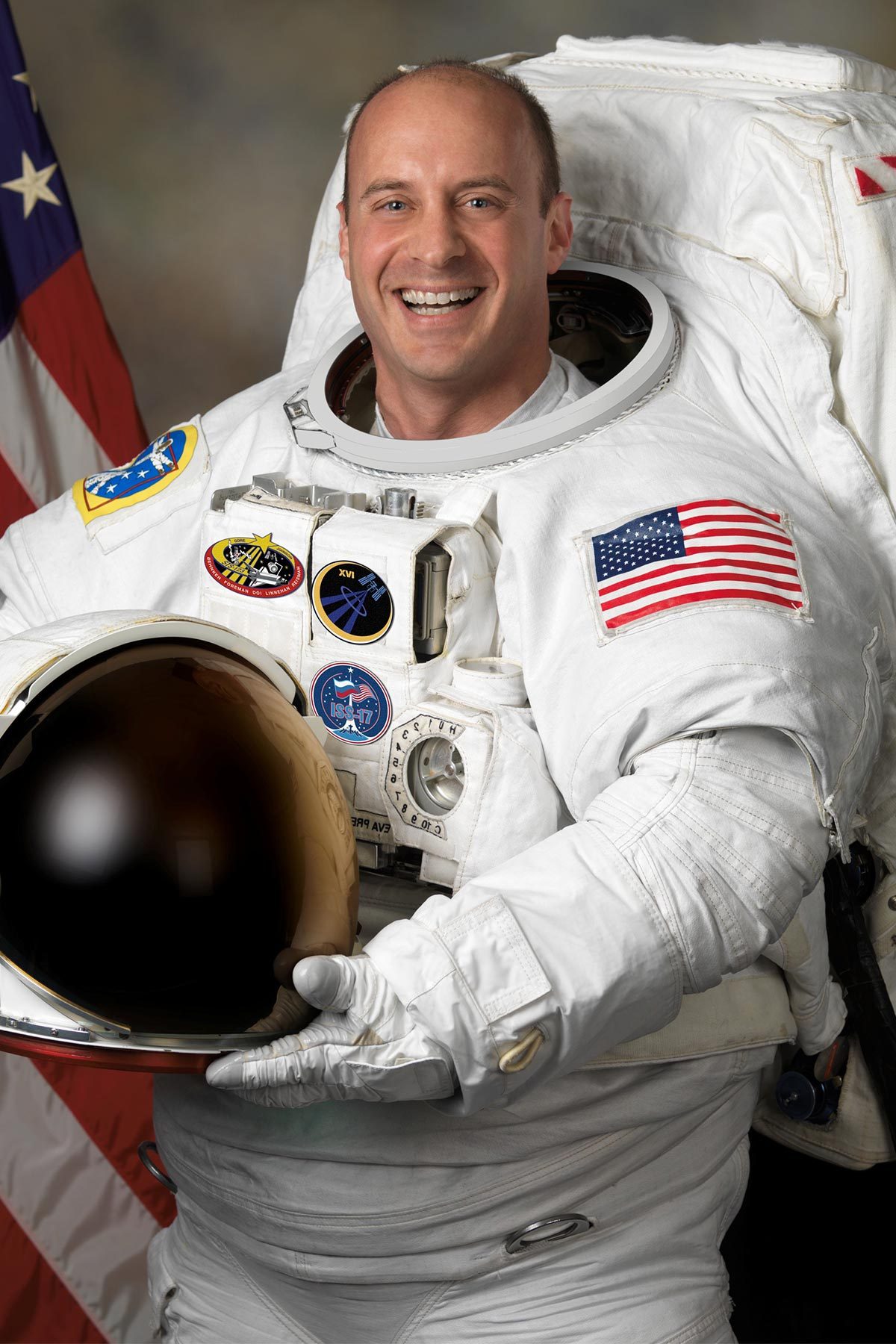 Garrett Reisman, director of space operations at SpaceX and a former NASA astronaut, will be joining the faculty of the Department of Astronautical Engineering at the USC Viterbi School of Engineering.

Reisman, who has participated in three space shuttle missions and spent three months on the International Space Station, will join USC as a full-time faculty member Friday.

At USC Viterbi, Reisman will teach undergraduate and graduate-level astronautical engineering students, and advise the department and the school on space-related issues. In addition, he is expected to provide support to the student-run, student-operated Rocket Propulsion Lab and the Liquid Propulsion Lab.

“We are elated with Dr. Reisman joining our faculty,” said USC Viterbi Dean Yannis C. Yortsos. “Garrett will provide invaluable contributions to our programs and our students from his experience as astronaut, and director of space operations at SpaceX. I look forward to working closely with him as we expand our already strong efforts in space.”

At SpaceX, Reisman and his team are responsible for mission planning and operations, crew health, Crew Dragon ergonomics and human factors, as well as crew and ground operator training. He and his team also work with NASA to prepare SpaceX’s Falcon 9 rocket and the Dragon spacecraft to take astronauts to space. Reisman will continue on as a senior adviser with SpaceX, supporting efforts to lift astronauts to the International Space Station from American soil for the first time since 2011.

“USC and the students of Viterbi are incredibly fortunate to learn from someone with Garrett’s personal experience, practical knowledge and passion for space,” said Gwynne Shotwell, SpaceX president and chief operating officer.

“For the past seven years, Garrett has played a pivotal role at SpaceX, helping to build and lead a smart and dynamic team that works side by side with NASA as we prepare to launch a crew in our next-generation spacecraft later this year. We look forward to continuing our work with Garrett as he also transitions into his new role as a senior adviser for SpaceX’s Commercial Crew Program.”

Before his work at SpaceX, Reisman was an astronaut for NASA and has flown on three space shuttle craft — Atlantis, Discovery and Endeavour. He served with both the Expedition 16 and 17 crews as a flight engineer aboard the International Space Station and has participated in three spacewalks. In addition to his spaceflight experience, Reisman trained NASA astronauts in both robotics and spacewalk operations.

NASA recognized Reisman by awarding him with the Distinguished Service Medal and the Space Flight Medal.

USC Department of Astronautical Engineering and legacy of space innovation

USC has a strong legacy of innovation in space exploration. USC Viterbi is one of a core group of top schools with a distinct astronautical program. To date, school researchers have created innovations in spacecraft propulsion, space science, space environment, space communications, satellites and materials. Astronaut Neil Armstrong was a USC Viterbi alumnus, and the school has a dedicated Space Engineering Research Center.  The school maintains strong connections with pioneering space organizations and alumni who design and build rockets and space launchers, communications and direct broadcasting satellites, navigational systems, crewed space vehicles and planetary probes.

With Garrett’s unique knowledge and enthusiasm, we will contribute in an important way to educating the new generation of rocket scientists.

“Dr. Reisman brings exceptional expertise to astronautical engineering at USC. Our flagship master’s program is among the largest in the nation, and it already offers unique coursework related to human spaceflight. The U.S. national space program now embarks on human exploration beyond low earth orbit. This is a strategic development for the country and for the world. With Garrett’s unique knowledge and enthusiasm, we will contribute in an important way to educating the new generation of rocket scientists and help enable this ambition,” said Mike Gruntman, chair of the Department of Astronautical Engineering.

Said Reisman: “I am thrilled to have this chance to educate and inspire our next generation of astronautical engineers and to be part of USC’s impressive legacy of contributions to space exploration. I hope to share my experiences at NASA and SpaceX with the USC Viterbi students to provide an understanding of where the frontier of human spaceflight lies today so that they can blow that frontier wide open tomorrow.”

The highly decorated Marine Corps officer and USC alumnus completed more than three decades of service to the country before overseeing the U.S. space program under President Barack Obama.

USC researchers join the Jet Propulsion Laboratory to investigate the diversity of microbial flora on the International Space Station.