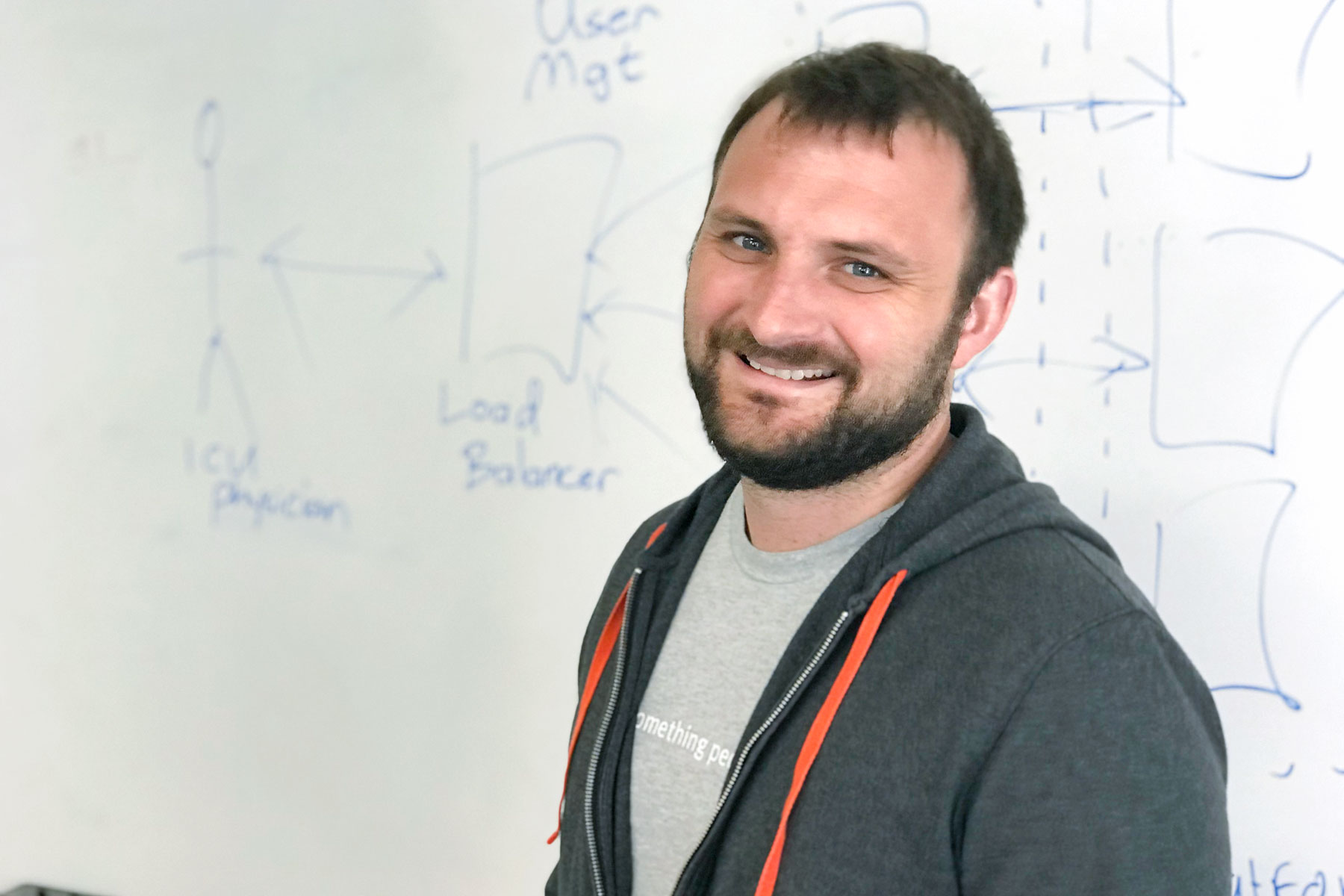 Hugh Gordon is a graduating student at the Keck School of Medicine of USC. A former software engineer at Google, he is the co-founder of Akido Labs in Los Angeles and will begin his residency in internal medicine later this year. He spoke with Paul Boutin of USC News.

I’m one of those people who always wanted to be a doctor, but fell into software engineering in high school because I was good at it. In college, I got an internship at Google in the mid-2000s, which turned into a job just as Google began its unbelievable growth into the superpower it is today. After a few years as a Google engineer, though, I realized I still had both the desire to become a doctor, as well as the opportunity — management at Google let me fit pre-med classes into my schedule because they see the big picture in employees’ careers.

The Keck School of Medicine attracted me to a large part because of the combination of LAC+USC, one of the nation’s largest county hospitals, and their HTE [Health, Technology and Engineering] program, which focuses on innovative combinations of medicine and engineering. The staff at LAC are earnestly dedicated to providing quality care to people who otherwise might have none at all. The patients seem to recognize that — they’re grateful for the care they receive. County, as everyone calls it, brings out the best in people. HTE and Keck Hospital, meanwhile, provide students with opportunities to use engineering techniques to innovate in the hospital environment. For me, the combination was irresistible.

In pursuit of health, technology and education

I was in the very first cohort of the Health, Technology and Education program. HTE pairs engineering PhD students with medical students, requiring to them to do a four-year project together to innovate in some aspect of health care. My HTE partner, Jared Goodner, and I created software that would let health care providers text patients. To an engineer like me, that seemed like an afternoon’s easy work. But the real work turned out to be in getting those few lines of code accepted for use in a hospital environment. We had to fit our software into existing health care technology systems and clinical workflows, ensure technology and company policies complied with complex regulations related to protecting patient data, and meet federal, state and organizational rules at every step.

As programmers, we often roll our eyes when we think we’ve run into bureaucracy, But as Jared and I peeled away the layers of the system, I quickly found that these rules, policies, procedures and regulations are there for good reasons. These computer systems aren’t for sharing cat photos, they’re for keeping people alive. You don’t just tinker with them.

USC and Keck Hospital then partnered with us to found the D-Health Lab, which brings together key USC researchers, staff and students from the hospital, medical school and engineering school to create just these sort of innovations that make health care better for doctors and patients every day. The buy-in from top administrators was impressive — my peers back at Google and other academic institutions marveled that they let engineers anywhere near patient data. It probably helps that my background at Google was in software security.

When a Google engineer became a doctor

That wasn’t the end, though: We were further encouraged to take a year away from med school classes for what’s called Dean’s Research Scholar Year, a funded year of “research” as broadly defined. Our form of research was to found a tech startup: Akido Labs, which we recently moved down here from San Francisco, landed funding from the hard-to-impress investors at Y Combinator. With further funding, we now operate out of downtown L.A. and work with health care organizations across the country. We even help the federal government develop new health care data standards.

I learned at the Keck School of Medicine that focusing on what seem like impersonal nuts and bolts — compliance, data formats, software security — is as valuable to improving patients’ lives as my clinical work with them in person. They go together. Akido is currently working with the city of Santa Monica to tie their computer systems together to improve care for the city’s growing homeless population. Too often a patient with no legal address would be tended by paramedics, brought to the emergency room, treated and discharged, only to be approached shortly after by local police who had no way of knowing that a few hours ago, this citizen had been taken by the Fire Department to St. John’s Medical Center.

The opportunity we see is that federally mandated computer systems, which hospitals and doctors’ offices have been required to install at considerable time and expense, can be leveraged to improve their patients’ experiences — whether that’s texting you about your next appointment or letting a police officer see that a homeless woman’s case worker needs to be alerted, rather than taking someone who just got out of the hospital to jail. The chance to improve people’s lives more is why I gave up my cushy Google gig to be a doctor. Google was great, but now I get the best of both worlds: I’m a USC clinician and an Akido engineer.

The Hilda and Bruno Haug Ovarian Cancer Research Fund will support genetic sequencing for women’s cancers, among other projects.

Computer programmer or doctor? For this medical student, the answer is both

Ketetha Olengue has a special interest in the convergence of health and technology: She’s had a pacemaker since she was 9.

Why a Google engineer became a doctor at USC