USC researchers have invented a device that could significantly improve care for people with hydrocephalus, a chronic condition that causes excessive fluid in the brain.

One in every 500 children is born with pediatric hydrocephalus. In these children, the pressure from the fluid can bring on splitting headaches and, if left untreated, can cause brain damage or death.

In these patients doctors impact shunts, a type of tube that acts as plumbing to drain excess cerebrospinal fluid from the brain into the patient’s stomach, where it is reabsorbed. But sometimes shunts develop problems, and it’s difficult to detect hydrocephalus shunt failure before it causes a patient to suffer — which is a potential nightmare for a parent.

So USC Viterbi School of Engineering professors Ellis Meng and Tuan Hoang created a device that could tip off doctors about problems with the shunts, in real time. Today their startup, Senseer, has patented technologies, developed at USC,  for a “smart” shunt system that can sense trouble.

Meng and Hoang often work with doctors to develop solutions to needs physicians see in the clinic. They consulted with pediatric neurosurgeons at Children’s Hospital Los Angeles to identify the shunt problem and recruited a team of biomedical engineering PhD students to develop novel sensor technologies.

Neurosurgeons mentioned that their greatest ‘pain’ was the diagnosis of hydrocephalus shunt failure, which is inevitable.

“Neurosurgeons mentioned that their greatest ‘pain’ was the diagnosis of hydrocephalus shunt failure, which is inevitable,” Hoang said. “Patient care could be greatly improved while minimizing patient suffering if only there was a fast, reliable and affordable method for timely assessment to guide clinical intervention.”

To make matters worse, shunts get clogged all the time, often going undiagnosed until patients are in an extreme amount of pain from the abnormal cerebrospinal fluid buildup, said Alex Baldwin, a biomedical engineering PhD student and Senseer’s chief technical officer

Trevor Hudson, also a biomedical engineering PhD student on the Senseer team, added that some patients need 10 shunt revisions — corrections or replacements of shunt due to failure — within the first year.

What’s more is the significant delay and expense patients incur to diagnose if their shunt has failed and differentiate it from other ailments with the same symptoms, like the flu. Baldwin said the current process can take multiple brain scans over a period of months and an invasive procedure called a “shunt tap.”

For pediatric hydrocephalus, A ‘self-aware’ solution

The team developed a suite of sensors to measure three different parameters in the shunt: pressure, flow and blockage — all of which could alert a clinician prior to shunt failure. Senseer’s Eugene Yoon, also a biomedical engineering PhD student, is working to make the pressure sensor more accurate and up to physician standards. The flow and blockage sensors are now being validated in tests at CHLA.

“Having all these sensors adds a lot of redundancy and gives patients peace of mind,” Yoon said.

Senseer’s vision is to store clinical data from the device in a database cloud where the data will be analyzed. If the self-diagnosis detects one or more parameters going too far out of whack, doctors may be alerted to assess the data and follow up with patients as necessary.

“People have tried over the course of many decades to make shunts that don’t fail, but because there’s no data from the body to inform the designs, no one has succeeded,” said Meng, who holds the Dwight C. and Hildagarde E. Baum Chair. “I’m hoping we can provide doctors with data on when the shunts fail and that some of this data will be useful in designing shunts that don’t fail at all in the future.” 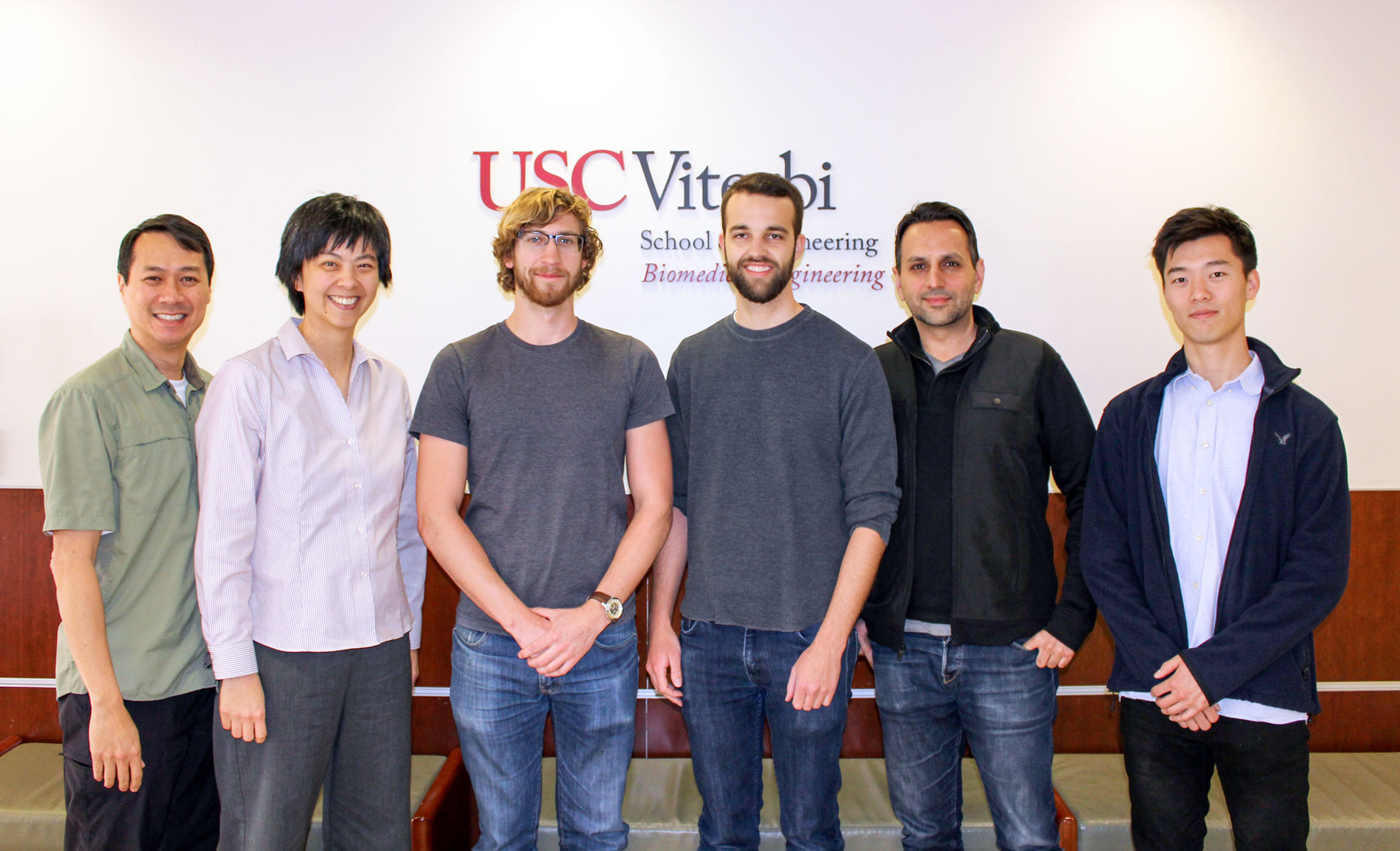 So far, the Senseer team has completed prototypes for all of the sensor technologies. A clinical study is underway that uses two sensors in an external ventricular drain, which is a short-term shunt for trauma patients that drains fluid outside the body so it can be discarded. Baldwin said the next steps are to package the sensors in an implantable form and manufacture the wireless devices to work toward human trials.

Looking to the future

Besides children, hydrocephalus also may affect adults age 60 and older. This condition is called normal-pressure hydrocephalus. Senseer’s multi-sensor technology could be used in both groups.

“Normal-pressure hydrocephalus is a very underdiagnosed condition currently,” Hudson said. “The patient population is expected to keep growing as there’s more visibility to it.”

Baldwin hopes the growing awareness continues to clear up some misdiagnoses of dementia where the patient is actually ailing from normal-pressure hydrocephalus.

“These patients who have been misdiagnosed can sometimes barely walk and get a shunt in, and for a decent number of them, they go back to normal,” Baldwin said.

For their work, Senseer’s student researchers were selected by the National Academy of Inventors to participate in this month’s 2018 Student Innovation Showcase at the Seventh Annual NAI Conference in Washington, D.C.

Senseer was also a finalist in the 2018 Maseeh Entrepreneurship Prize Competition, an annual contest run by the USC Viterbi School of Engineering to address the Grand Challenges identified by the National Academy of Engineering. The topics span energy, health, safety, education and the environment. During the contest, MEPC mentors and guides all teams through additional customer discovery and market analyses.

Both Meng and Hoang are faculty in the Department of Biomedical Engineering. Meng is a faculty member of the Michelson Center for Convergent Bioscience, and Hoang is co-director of the USC Coulter Translational Research Partnership Program,

The research team collaborated with Gordon McComb, Mark Krieger and Eisha Christian of the clinical neurosurgery department at CHLA and Frances Richmond and Michael Jamieson from the USC Regulatory Science Program. Funding has been provided by grants from the National Science Foundation, the Food and Drug Administration-funded Consortium for Technical Innovation at USC-CHLA, the USC Coulter Translational Research Partnership, the NSF-funded Innovation Corps Node, HTE Edge, the Rudi Schulte Research Institute and the USC Viterbi Mousetrap Fund.

New study finds that treatment helps increase everyday function and confidence for patients with lumbar back pain and myalgia.

Chronic pelvic pain affects millions, but not much is known about it

USC researcher gets National Institutes of Health grant to advance his study of the disorder.

In fitness-friendly Southern California, it’s hard to imagine a life where women can’t ride bikes or hit the gym. But until recently, women in Saudi Arabia could do neither.